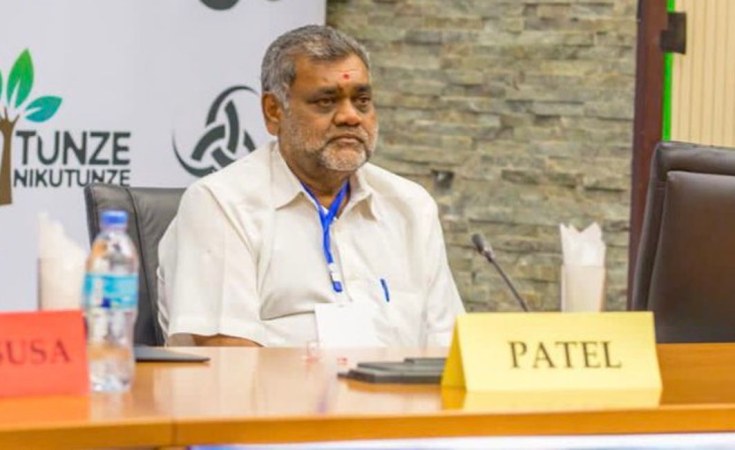 Dar es Salaam — The demise of Subhash Patel yesterday is another blow for Tanzania, which has so far lost a total of six tycoons in just two years.

Tanzanians woke up yesterday to news of Mr Patel's death, who was until his passing on the chairman of the Confederation of Tanzania Industry (CTI) and board member at the Tanzania Private Sector Foundation (TPSF).

Details about the cause of the death have been scanty, but insiders say he was ailing for a long time.

The Citizen understands that Mr Patel went to South Africa for an ear treatment a few months ago, but even after coming back to Tanzania, his condition did not improve much.

The deceased was receiving treatment at a hospital in Dar es Salaam before his family decided for him to receive treatment at his home.

"We are deeply saddened by the news of Mr Subhash Patel's passing on. The late Mr Patel was TPSF Board Director, Chairman of CTI and a prominent leader within Tanzania and East Africa's business community. May the Almighty God rest his soul in eternal peace. Amen." TPSF wrote on its official twitter page (@tpsftz) on Tuesday.

Mr Patel was the founder and managing director of Motisun Group, which is a multimillion-dollar business, which is among the leading manufacturers in Tanzania.

Mr Patel, who started his entrepreneurial life as a shopkeeper in his father's shop and later on as a trader selling spices, gradually moved into the automobile business and later into manufacturing.

He then went on to build a business empire ranging from manufacturing of steel sheeting and pipes, rubber, paint and fizzy drinks.

The group of companies also runs one of the finest hotel and resort chains in Tanzania under the Sea Cliff and White Sands brand names.

His death brings the total number of tycoons who have died in Tanzania during the past two years to six.

The death comes three months after the country lost another tycoon. Businessman-cum-politician Salim Hassan Turky, alias Mr White, died in September at the age of 57.

He died at Tasakhta Hospital in Zanzibar after a short illness. The wealthy politician was the chairman of Turky Group of Companies whose businesses are in Tanzania and the Comoros.

In March,, the Tanzania Private Sector Foundation (TPSF) chairman, Mr Salum Shamte died, after battling spinal complications at the Muhimbili Orthopaedic Institute (Moi) in Dar es Salaam where he was being treated.

It all started on May 2, 2019 when the country lost IPP executive chairman, Mr Reginald Mengi, who died at the age of 77 in Dubai.

A few years ago, Forbes Magazine put Reginald Mengi's fortune at around $550 million.

In June 2019, Tanzania lost yet another philanthropist and prominent doctor who was also the founder and chairperson of Regency Medical Centre, Dr Rajni Kanabar.

Dr Kanabar died at the age of 78 in Dallas, Texas in the US, where he was receiving treatment.

Born in Mwanza, Tanzania on November 9, 1940, Dr Kanabar was a third generation Tanzanian of Indian origin.

As a medical practitioner, Dr Kanabar spent a good part of his time on community service, with his most notable achievement being how he pioneered the 'Tanzania Heart Babies Project' in 1979.

On Sunday, December 8, 2019, the country woke up to the sadden death of yet another dollar millionaire who doubled as chairman of Infotech Investment Group Ali Mufuruki.

A few years ago, Forbes Magazine and Ventures Africa ranked Mr Mufuruki as one of wealthy Tanzanians, with his fortune estimated at at $110 million.