Addressing the Zanu-PF Politburo meeting in Harare Wednesday, Mnangagwa claimed such acts brought the name of the governing party into disrepute.

"This meeting is to receive comprehensive reports on the conduct and outcome of the DCC elections," he said.

"Let me reiterate that the DCC structures and the elections thereof must unite the party and act as a springboard for entrenching our party's revolutionary ideology, constitutionalism and strong grassroots mobilisation.

"Article 3 section 20, sub section 2 enshrines the right of members to be elected to any office of the party while sub section 7, gives members the right to seek remedy in respect of any grievance as a result of the action of any person in authority over him.

"I, therefore, want to dissuade our members from using both mainstream and social media to express their grievances. Doing so brings the name of the party into disrepute. Following processes such as the DCC elections, party cadres are well within their rights to make presentations on matters of concern within the framework of our constitution.

"However, in doing so loyalty and discipline, as expressed through understanding and adherence of the party constitution, ethics and guiding principles must always be at the core," he said.

Last week's Zanu PF DCC elections were marred by reports of violence and imposition of candidates. 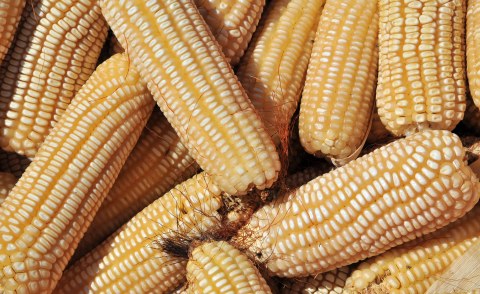 Bumper Harvest Could Bring End to Zimbabwe's Hunger
Tagged:
Copyright © 2020 New Zimbabwe. All rights reserved. Distributed by AllAfrica Global Media (allAfrica.com). To contact the copyright holder directly for corrections — or for permission to republish or make other authorized use of this material, click here.