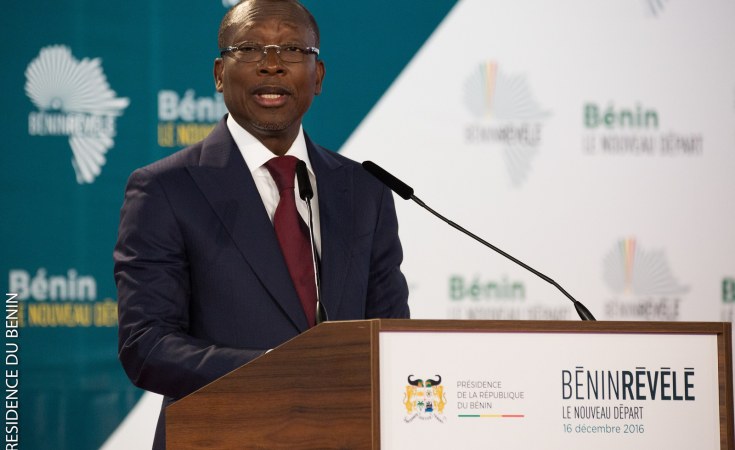 The African Court’s recent decision could see a political standoff ahead of presidential elections in April 2021.

On 27 November, the African Court of Human and Peoples' Rights (ACHPR) issued a decision calling for the annulment of the constitutional amendment enacted by the Benin government in November 2019.

The amendment allowed for, among other things, the creation of a vice-president position, suppression of the death sentence, the grouping of elections, the ratification of international conventions by the president and increased quotas of women in Parliament.

The matter was referred to the court by a citizen of Benin who claimed that passing the amendment at night by a Parliament controlled by the Progressist Union and Republican Bloc - the two ruling parties - violated the requirements of political consensus, citizens' participation and access to timely information.

For civil society and opposition leaders, any constitutional amendment must follow the prescribed procedure, which didn't occur in this case. A Benin government spokesperson said the ACHPR was overstepping its mandate by deliberating on issues beyond its jurisdiction.

Previous attempts in 2006, 2011 and 2017 to amend the country's 1990 constitution, both under current and previous administrations, were met with popular resistance and dismissed by Benin's Constitutional Court. To circumvent this, the government appointed a new Constitutional Court president, who many believed was close to President Patrice Talon, having previously been his private lawyer.

Since Talon's election in 2016, a crisis of confidence has led many in the country to question Benin's checks and balances. This stems from the government's attempts to co-opt state institutions such as the Constitutional Court, Parliament and National Independent Electoral Commission by appointing allies into these bodies. Unilateral changes to existing legislation and electoral laws were also made. This has compelled citizens and opposition parties to turn to regional and international jurisdictions to challenge government decisions.

Opposition parties complain of an exclusive political space that favours the ruling coalition and is underpinned by an increasingly authoritarian executive. They also question the National Assembly's legitimacy, and the independence of the Constitutional Court and electoral commission.

What is now at stake in Benin is more than a constitutional amendment. The country is headed for presidential elections in April 2021 and the government is unlikely to abide by the ACHPR's ruling -and not for the first time. The court decision reveals the depth of the political crisis brewing in Benin.

Reforms aimed at improving democratic governance are undoubtedly needed, but there is sharp disagreement about the non-consensual methods imposed by the government. The ACHPR has received at least 28 cases regarding Benin, including several linked to political processes.

In the case of the November 2019 constitutional changes, the court ruled that the amendments violated the African Charter on Democracy, Elections and Governance to which Benin is a party. It noted the lack of political consensus and consultation through a referendum, and that the amendment was approved by a non-inclusive Parliament elected during the contested 2019 polls that excluded opposition parties. The ACHPR ordered the government to annul the amendment and revert to the preceding status quo.

The decision comes a few months before the April 2021 presidential elections which could be held without opposition parties because of the restrictions derived from the constitutional amendments and subsequent laws. The court ruling could lead to a political standoff and the kind of civil unrest that followed the 2019 legislative elections. Police and soldiers curbed these protests using live ammunition, leading to the death of four protesters and many others being injured.

Benin could follow the example of Mali in 2012 or Burkina Faso in 2014. Mali was deemed a model of democracy in West Africa until citizens lost trust in the government. Protests in both countries lead to the collapse of the governments and exile of their presidents. This scenario played out again recently in Mali when popular revolt led to a military coup in August 2020.

It is unlikely that the Benin government will execute the court's decision. In April 2020, in a case related to opposition leaders being excluded from the May 2020 elections, the ACHPR called for the annulment of the process. That verdict angered Benin's government, prompting the filing of a notice of withdrawal from the court on 24 April. This hasn't nullified the cases before the ACHPR as Benin remains a member until the withdrawal takes effect in April 2021.

The country is heading into a turbulent electoral period. Without credible and trustworthy national institutions, the opposition and citizens who feel excluded might resort to violence against the government. If tensions aren't de-escalated, the situation could derail Benin's democratisation process, and reverse the country's hard-won stability.

Benin should reconnect with its tradition of political dialogue and inclusivity, which has frequently helped the country dispel tensions. Rather than being scorned, the court's verdict should be seen as an opportunity to preserve Benin's democratic gains, along with peace and security. The government's argument that national sovereignty is the reason for not abiding by international treaties doesn't hold up.

The ACHPR is essentially a judicial branch of the African Union (AU) that oversees the protection of human rights by member states as part of the continent's conflict prevention arrangements. States that ignore the court's rulings should be reminded by the AU to uphold their international obligations under the AU's Constitutive Act.

Previous Story
Elections and Instability As Africa Enters 2021
Next Story

Elections and Instability As Africa Enters 2021

Previous Story
Tagged:
Copyright © 2020 Institute for Security Studies. All rights reserved. Distributed by AllAfrica Global Media (allAfrica.com). To contact the copyright holder directly for corrections — or for permission to republish or make other authorized use of this material, click here.