Nigeria: How We Secured Release of Katsina Schoolboys From 'Bandits' - Masari 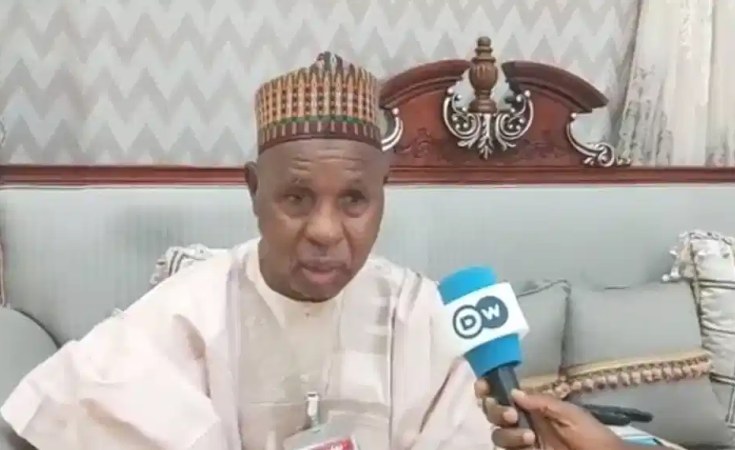 Kidnapping for ransom has become rampant in Katsina, Zamfara and other Northwestern states.

The Katsina State Governor, Aminu Masari, has said that ransom was not paid before kidnappers freed hundreds of schoolboys kidnapped from Kankara part of the state.

He said the boys, kidnapped last week, were released after negotiations with the kidnappers whom he described as bandits. He did not, however, say what the bandits got in return for freeing the students.

In an interview with DWTV Hausa on Thursday night, Mr Masari said the boys were being conveyed to the Katsina at the time of this report.

"One hour ago, Nigerian soldiers and government officials that were involved in the negotiation for the release of the kidnapped schoolboys have told us that the whole school children have been released, 344 of them," Mr Masari said at about 10 p.m. Thursday night.

"At the moment, we have arranged for vehicles to transport them from where they are to the state capital, Katsina. From then, we will pass them through to doctors to diagnose them," he said.

When asked if the government paid ransom before the release of the schoolboys, he said money was not paid.

"We did not pay ransom to the kidnappers, it was purely negotiation," he said.

He also said the kidnappers were not Boko Haram despite claims to the contrary by the sect.

"They are bandits who kidnapped the schoolboys, not Boko Haram.

"What we will do next is to transport them to us in Katsina, ask our doctors to look at them and then give them new cloth to wear and reunite them with their parents," he said.

PREMIUM TIMES reported how the students were kidnapped last week from the Government Science Secondary School, Kankara, in Katsina State.

The Secretary to the Katsina State Government, Mustapha Inuwa, had earlier on Thursday evening confirmed the release of the students.

On Tuesday, the terror group, Boko Haram, claimed responsibility of the abduction and subsequently released a video that showed some of the boys believed to have been abducted from the school pleading for their safe return home.

Mr Inuwa told reporters Thursday evening that the students were freed in Zamfara and were being transported from Tsafe town in Zamfara to the Katsina government house tonight.

Kidnapping for ransom has become rampant in Katsina, Zamfara and other Northwestern states, as well as other parts of Nigeria.

However, the kidnap of the over 300 students at a go is the largest such incident in Northwest Nigeria, reminiscent of the kidnap of hundreds of schoolgirls from Chibok, Borno State in 2014 by the Boko Haram.