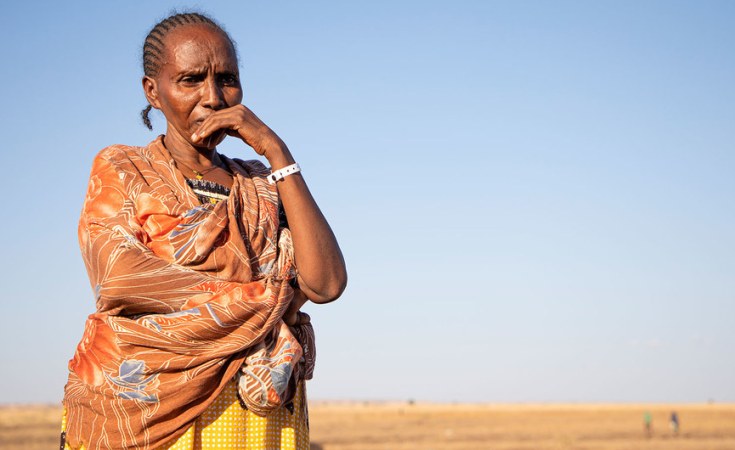 Will Swanson/UNHCR
An Ethiopian refugee from Tigray awaits transfer from a border reception centre in Sudan.
UN News Service

Reports of artillery strikes on civilians and mass killings of non-combatants in Ethiopia's Tigray region, must be investigated and full access granted to independent investigators, UN rights chief Michelle Bachelet said on Tuesday.

The appeal by the High Commissioner for Human Rights follows seven weeks of conflict in northern Ethiopia between central Government soldiers and Tigray People's Liberation Front (TPLF) forces that has displaced tens of thousands.

"Fighting is said to be continuing, particularly in some areas of north, central and southern Tigray", Ms. Bachelet said in a statement, highlighting how the lack of overall humanitarian access and ongoing communications blackout in many areas had continued to raise concerns about civilians.

Although the Government of Ethiopia had repeatedly alleged that the TPLF forces were involved in violations of international law, "without access it remains challenging to verify these allegations", she added.

Citing many alleged atrocities, the UN rights chief pointed to the alleged mass killing of several hundred people, mainly Amharans, in the western Tigray town of Mai Kadra, on 9 November.

"I urge the authorities to build on the Ethiopian Human Rights Commission's preliminary findings into what happened in Mai Kadra", she said, in reference to the panel's report that a Tigrayan youth militia was responsible, supported by local security forces. "It is essential that there are investigations into allegations of human rights violations there against both Amharans and Tigrayans."

The High Commissioner also pointed to multiple reports that the Amhara "Fano" militia had committed human rights abuses, including killing civilians and looting, in addition to unverified allegations that Eritrean troops were present in Tigray and had been involved in the hostilities and serious violations of international law.

"While telephone lines are beginning to be restored in some areas, the communications blackout that began on 4 November and restrictions on access raise significant concerns that the human rights and humanitarian situation is even more dire than feared," Ms. Bachelet said. "These reported allegations are likely only the tip of the iceberg regarding the extent and seriousness of the violations of international humanitarian law and international human rights law committed by all parties to the conflict.

Ms. Bachelet also echoed the concern expressed by UNHCR, the UN Refugee Agency, for the safety and wellbeing of some 96,000 Eritrean refugees registered in four camps in Tigray when fighting started.

Meanwhile, UNHCR on Tuesday launched an urgent appeal for $156 million to help 130,000 people affected by the ongoing violence in Tigray.

Since fighting flared up in Tigray, more than 54,500 refugees have fled the Tigray region into Sudan, spokesperson for UNHCR, Andrej Mahecic, said on Tuesday.

The number of new arrivals has dropped to around 500 a day but aid agencies have been confronted with a "full-scale humanitarian emergency in a very remote area that has not seen such a large refugee influx in decades", he told journalists in Geneva.

"The Regional Refugee Preparedness and Response Plan for the Ethiopia Situation (Tigray) covers the period from November 2020 through to June 2021 and will reach up to 115,000 refugees and 22,000 people from host communities", he said. "It aims to support the governments of Sudan, Djibouti and Eritrea in maintaining and facilitating access to asylum and providing life-saving assistance to those who have been forced to flee."

Mr. Mahecic explained that the requested funds are needed by 30 agencies in total to help Ethiopian refugees in the first half of next year.

Funding will be used to register new refugees and transfer refugees to new settlements away from crowded border areas.

Other priorities include providing food, health and education services, with dedicated support for groups with specific needs, such as women and girls at risk, unaccompanied minors, people with disabilities and the elderly.