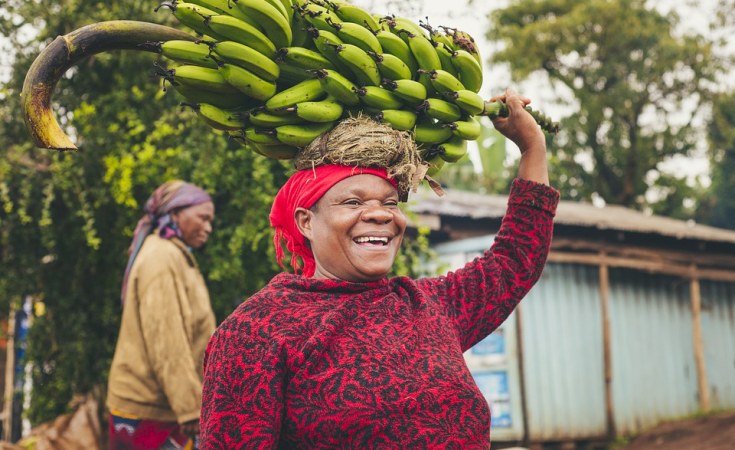 The African Continental Free Trade Area (AfCFTA), due to launch in January 2021, is likely to be a watershed for African regional and international agri-food trade, a new report by the Malabo Montpellier Panel has found.

The AfCFTA will be one of the largest free trade areas in the world since the establishment of the World Trade Organization (WTO), covering a market of more than 1.2 billion people and up to US$3 trillion in combined GDP. The agreement also creates the opportunity to increase intra-African trade by more than 50 per cent, adding an estimated US$76 billion in income to the rest of the world.

"Lagging far behind other major regions of the world like the EU in terms of trade between individual countries, the African Union and its member states have made a commitment to foster the links between domestic markets across the continent" said Ousmane Badiane, co-chair of the Malabo Montpellier Panel, which authored the report.

"This new trade deal comes at an opportune time for the continent to support fast-transforming economies and meet a surging domestic demand fueled by a rapidly growing population and urban middle class."

The trade area comes into force as the Africa population continues to grow, rising from 1.2 billion people to an estimated 2.2 billion by 2050, creating exponential demand. Yet the continent already relies on food and agricultural imports worth approximately US$72 billion  per year, growing by 3.6 percent each year of late.

And in the midst of the COVID-19 pandemic, estimates show that Africa's trade volumes are projected to decrease by eight per cent for exports and about 16 per cent for imports during 2020.

Agricultural experts at the Malabo Montpellier Panel analyzed the potential opportunities for African national governments and its eight regional economic communities to trade more effectively in this new paradigm, including ways to leverage informal cross-border trade. Informal trade accounts for 30 to 40 per cent of total trade within the Southern African Development Community (SADC), and as much as 86 per cent of Uganda's official exports.

The Panel's recommendations include improving information and data on crossborder trade, particularly on informal cross-border trade, for instance data on its scale, quality of products, and patterns of trade flows. This would support simplifying regulations, providing training on food hygiene, enhancing access to finance, and addressing entrepreneurship skills.

"Many of those reliant on cross-border trade for their livelihoods are women, who have been disproportionately affected by restrictions, border closures and curfews enforced due to Covid-19, alongside gender-based discrimination and violence," said Ishmael Sunga, member of the Malabo Montpellier Panel and Chief Executive Officer of the Southern African Confederation of Agricultural Unions (SACAU).

"Once the AfCFTA is in place, wages for skilled and unskilled women are expected to rise by up to four per cent by 2035, through new employment opportunities across the agriculture value chain."

The report outlines how to address tariff and nontariff barriers, and how to improve and expand infrastructure, for instance by addressing cumbersome customs procedures, roadblocks, subsidies, and technical barriers such as sanitary and phytosanitary (SPS) rules. New digital solutions can help, such as introducing radio frequency identification (RFID) or microchipping for tracking livestock, or the digital storage and exchange of safety certificates for easy and quick transmission across countries.

The report also provides examples of how to enhance value chain competitiveness and strengthen crisis preparedness and resilience, with emphasis placed on those food products that are of high value and contribute to improved nutrition at the same time.

This calls for investments into the design and development of technologies that improve both the quantity and quality of food. Furthermore, the provision of training facilities needs to be enhanced to expand access to opportunities for skill development and innovation capacity along the value chain.

"Rule-based open trade is essential for an efficient and sustainable African food system, and keeps food prices more stable, which is good for producers and consumers" said Joachim von Braun, co-chair of the Malabo Montpellier Panel.

"The next ambition can be a fair and deep trade partnership between the African Union and the European Community."

Every year, between 10 and 12 million young Africans enter the job market, vying for one of only about 3.1 million jobs created. Although agriculture and informal sectors are already the highest employers on the continent, they are likely to accelerate employment creation as the demand for food across the continent rises.

"As mechanization and digitalization expand across food systems, new entrepreneurship opportunities - beyond the farm - will emerge in the agri-food sector, creating the potential for high-quality, sustainable jobs across Africa," said Debisi Araba, member of the Malabo Montpellier Panel member and managing director of the African Green Revolution Forum (AGRF).

The Panel drew on the experiences of Africa's existing regional trading blocs, such as the Common Market for Eastern and Southern Africa (COMESA), Economic Community of West African States (ECOWAS), and the Southern African Development Community (SADC), including governance systems, institutional policy innovations, and programmatic interventions.

Previous Story
Next Story
Why All Are Eagerly Waiting for AfCFTA, World's Largest Free Trade Area

Why All Are Eagerly Waiting for AfCFTA, World's Largest Free Trade Area