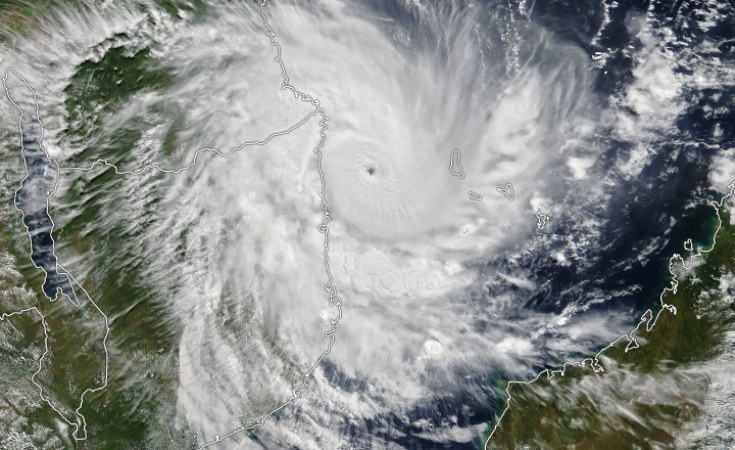 Weather experts continue to issue warnings of a tropical storm that is building up in the Indian Ocean and could make landfall in Madagascar at the weekend and proceed towards the Mozambique Channel early next week.

AccuWeather senior meteorologist Jason Nicholls said the ongoing heating of the water surface in the southwestern Indian Ocean is expected to result in a tropical storm forming during the course of this week.

"A tropical low located well southwest of Diego Garcia will continue to strengthen as it drifts westward over the next few days," Nicholls said.

The tropical low is expected to further strengthen as it enters "an area of atmospheric conditions" before reaching Madagascar.

Vertical wind shear, which is the change in direction and speed of winds at increasing heights in the atmosphere, is forecast to remain low across the southwestern Indian Ocean throughout the week," he further stated.

Warm water and favourable atmospheric conditions are expected to allow this low to strengthen into Tropical Storm Chalane this week.

As the storm strengthens, it will continue to track slowly westward into the weekend.

As the storm approaches northern Madagascar late this week, periods of tropical rainfall, gusty winds and rough seas will begin to increase across the region.

The storm is expected to strike northeast Madagascar on Saturday and may eventually emerge over the Mozambique Channel early next week, local time.

Rainfall of this magnitude is expected to result in flooding and increased of mudslides, the expert said.

Previous Story
Cyclone Over Madagascar, Heading Towards Beira
Next Story

Cyclone Over Madagascar, Heading Towards Beira

Previous Story
Tagged:
Copyright © 2020 263Chat. All rights reserved. Distributed by AllAfrica Global Media (allAfrica.com). To contact the copyright holder directly for corrections — or for permission to republish or make other authorized use of this material, click here.