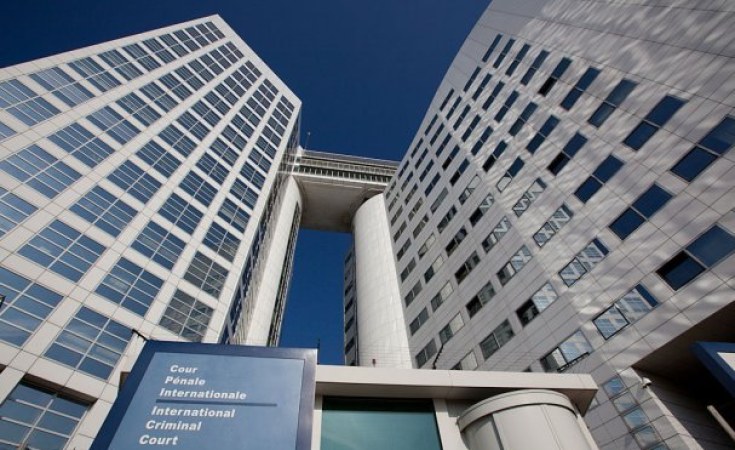 Nairobi — A new rebel coalition in the Central African Republic has created havoc in the run-up to the country's legislative and presidential elections, scheduled for December 27, 2020, Human Rights Watch said today.

The new coalition is called the Coalition of Patriots for Change (Coalition des patriotes pour le changement, CPC). Over the past five years, the groups that make up the new coalition have committed war crimes, including deliberately killing civilians, raping women and girls, and deliberately destroying civilian property. At least five civilians have been killed in the last few days, causing thousands of others to flee for safety into the forests that surround the towns across the country.

"Civilians in the Central African Republic are facing yet another perilous moment," said Lewis Mudge, Central Africa director at Human Rights Watch. "With a nationwide vote slated just days away, the new rebel coalition is forcing thousands to flee their homes. The national government and the United Nations should mobilize to protect civilians amid the escalating crisis."

The CPC is made up of six rebel groups, some of which opposed each other in the recent past: the Central African Patriotic Movement (Mouvement patriotique pour la Centrafrique, MPC); the Union for Peace in the Central African Republic (Union pour la paix en Centrafrique, UPC); the Popular Front for the Renaissance in the Central African Republic (Front populaire pour la renaissance de la Centrafrique, FPRC); Return, Reclamation, Rehabilitation (3R); the anti-balaka group under the control of Maxime Mokom; and the anti-balaka group under the control of Patrice-Edouard Ngaissona, who is awaiting trial at the International Criminal Court (ICC).

Over 12,500 uniformed personal from a UN peacekeeping mission, known by the French acronym MINUSCA, are currently deployed across the country, along with Russian fighters in support of the national government. In the last few days, Rwanda has sent reinforcements to its troops already integrated in MINUSCA, while additional Russian fighters, working as contractors, have also arrived in the country.

On December 19, a spokesman for the national government said that former president François Bozizé was behind the new coalition. Bozizé, president from 2003 until he was overturned in a 2013 coup, returned to the country a year ago to run for president in the upcoming election. Earlier this month, the country's constitutional court ruled him ineligible to run on "moral grounds" as he is under UN sanctions and the subject of an international arrest warrant issued by the Central African interim government in 2014. Bozizé, who has been accused of supporting anti-balaka groups, endorsed the candidacy of a former prime minister, Anicet-Georges Dologuélé, after the court's decision.

Human Rights Watch spoke by telephone with nine sources across the country who spoke of rebel activity, rumors of impending attacks, and fear as elections approach. A local authority from Boda, in Lobaye province, said that most of the town had fled into the surrounding bush when the rebels arrived.

The coalition leadership should issue clear orders to its fighters that civilians must not be targeted, Human Rights Watch said. Civilians should be allowed to return to their homes and the fighters should not prevent them from participating in the vote, if it goes ahead as currently planned.

The 3R group emerged in late 2015, asserting that it needed to protect the minority Peuhl population in the region from attacks by anti-balaka militia. The group's attacks on civilians in 2016 and 2017 killed at least several dozen people and led to the displacement of tens of thousands in the Ouham-Pendé province. In May 2019, fighters from 3R killed at least 46 civilians in three attacks in Ouham-Pendé province.

Ngaissona, the leader of one of the anti-balaka groups in the CPC, is awaiting trial at the ICC, along with Alfred Yekatom, also known as "Colonel Rombhot," another anti-balaka leader.

In February 2019, 14 rebel groups, including the six groups that comprise the CPC, signed a peace deal. A month later, armed group leaders Ali Darassa of the UPC, Mahamat Al Khatim of the MPC, and Sidiki Abass (also known as "Bi Sidi Souleymane") of 3R, were appointed special military advisers to the prime minister's office. Al Khatim and Abass later gave up their positions as advisers.

Investigations by the ICC and the creation of a new Special Criminal Court (SCC) have signaled to rebel leaders that they may ultimately be held accountable for serious crimes committed by their fighters. The court based in the country's capital, Bangui, is made up of national and international prosecutors and judges.

Leaders from the FPRC, UPC, 3R, and MPC have repeatedly told Human Rights Watch that they want investigations by the ICC and SCC to end. Some anti-balaka leaders have also expressed the same sentiments.

"The groups that make up this new CPC coalition have a legacy of committing atrocities including murder, rape, sexual slavery, and looting," Mudge said. "They have not faced consequences for these crimes and are falling back on the reliable playbook of rule by fear in advance of elections. The concerning developments only reinforce the importance of breaking the country's climate of impunity with credible trials to hold violators to account, by the International Criminal Court, the Special Criminal Court, and ordinary courts."

Justice Needed in CAR, But How?
Tagged:
Copyright © 2020 Human Rights Watch. All rights reserved. Distributed by AllAfrica Global Media (allAfrica.com). To contact the copyright holder directly for corrections — or for permission to republish or make other authorized use of this material, click here.