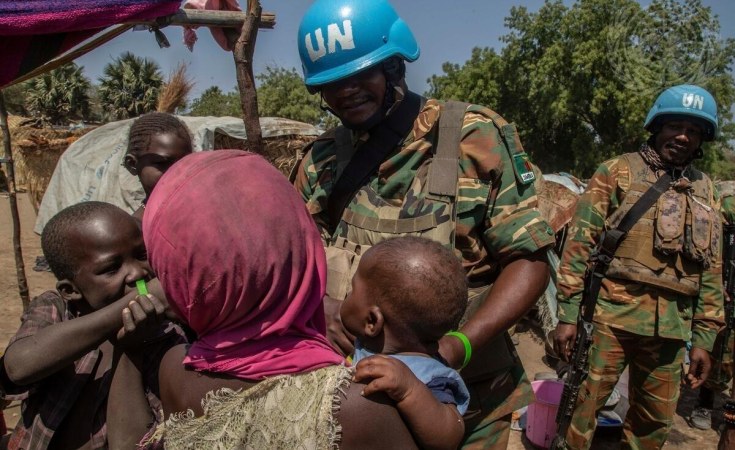 The attacks on peacekeepers from the UN mission in the country (known by its French acronym MINUSCA) and national security forces took pace in Dékoa, Kémo Prefecture, and Bakouma, Mbomou Prefecture.

In a statement issued by his spokesperson, Secretary-General António Guterres reiterated that attacks against UN peacekeepers may constitute a war crime.

Mr. Guterres "calls on the Central African Republic authorities to investigate these heinous attacks and swiftly bring perpetrators to justice," the statement added.

The UN chief also reaffirmed the continued commitment of the Organization, working closely with national, regional and international partners, to support efforts to advance peace and stability in CAR.

The attacks, carried out by unidentified gunmen, took place as violence escalated in several parts of CAR, ahead of presidential and parliamentary elections on Sunday.

According to a UN official in the country, the insecurity has "panicked" the population and led to over 55,000 people fleeing their homes, further increasing their vulnerability.

There has also been an increase in attacks targeting humanitarian actors. In the past week alone, over 17 incidents against aid personnel and assets were recorded, with an ambulance and a health district vehicle hijacked, injuring a worker.

Burundi Peacekeepers Killed Ahead of Polls