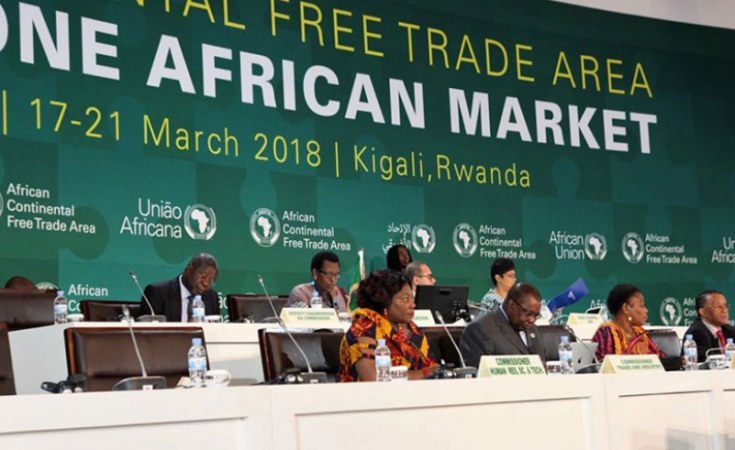 Africa has a unique opportunity to dismantle its inherited colonial economic structure with a massive scale industrial development under the African Continental Free Trade Area (AfCFTA).

According to the AfCFTA Secretary General Wamkele Mene, the continent has continued to provide other regions of the world with primary commodities for producing finished goods which they then sell to the continent at much higher prices. This has also resulted in the low level of trade among African countries.

The AfCFTA is finally kicking off this January and the successful implementation will see the continent hitting major milestones in regard to trade and quality.

Africa has for long been the dumping ground of second hand items ranging from equipment to clothes and toys as well as electronic waste all in the name of affordability. This has entrenched the culture of poor quality standard goods which the Continental Free Trade Area agreement will address.

Trading under the AfCFTA starts formally on the continent in January 2021 marking the first step towards Africa becoming the world's largest trade and economic zone.

Mene says that a massive industrial development would create regional value chains that would free the continent from the colonial system in place for up to 60 years that makes the continent vulnerable.

Due to its inability to produce those goods, Africa suffers whenever global trade supplies are disrupted such as in the current Covid-19 pandemic.

Mene notes that all of the materials needed to fight Covid-19 have to be imported as well as the germ-killing products, the medications and the ventilators among others.

As it is, the continent will also have to rely on vaccines developed elsewhere which will affect the time when Africans get the vaccine as well as the cost.

But he said to industrialize was a difficult process requiring disciplined, dedicated implementation of its industrial development strategy.

According to Mene, Africa has start somewhere to industrialize the continent placing it on a trajectory for value added production, massive scale manufacturing and job creation so that young Africans do not have to go to Europe in search of better lives.

Mene has praised the commitment and political will to the trade bloc in the five years since negotiations leading to its creation began.

The AfCFTA will be a market of 1.2 billion people with a combined gross domestic product of US$2.5 trillion and constitute a significant milestone towards the realization of the African Union's Agenda 2063 for the socio-economic transformation of the continent as well as the UN 2030 Agenda for sustainable development.

The agreement entered into force on 30 May 2019 after the treaty was ratified by 22 countries -- the minimum number required under the treaty -- out of the 54 that agreed to be members of the bloc. To date, 34 countries have ratified the agreement.

Eritrea is the only country which has yet to make any commitment to the continental body.

Trading was originally scheduled to start on 1 July this year but it was postponed for six months to January 1 next year due to the Covid-19 pandemic.

The AfCFTA is expected to deepen continental integration and is seen as the great edifice that holds Africa's collective dreams and aspirations for an integrated and prosperous continent.

Trading under the AfCFTA is expected to be one of the ways to boost intra-African trade by promoting industrialization and competitiveness while contributing to job creation. The agreement is also anticipated to unleash regional value chains that will facilitate Africa's meaningful integration into the global economy.

Africa has had an impressive economic growth over the past decade, including hosting six of the ten fastest growing economies in the world.

The African Development Bank President Akinwumi A. Adesina notes that the pandemic has set the continent back now, with a decade of growth lost. He, however, is optimistic that Africa will bounce back.

Adesina adds that the same fundamentals that drove growth are still there emphasising that at the core of this must be the growth of the private sector and the deployment of supportive environments for their operations.

With the AfCFTA, Adesina says that Special Economic Zones (SEZs) have powered the economic growth of several countries globally and their numbers have exploded from less than 200 in the 1980s to 5,000 today.

The SEZs have collectively, they have contributed exports worth US$3.5 trillion, roughly 20 per cent of global trade in goods.

In Africa, special economic zones are operating in 38 countries, accounting for annual trade turnover of US$680 million. In comparison, Adesina says, SEZs have not been as successful in Africa compared to Asia and other parts of the world for several reasons among them limited infrastructure where Africa's infrastructure financing gap is estimated to be US$64-108 billion annually.

Second is the weaker institutional environment and coordination challenges and third, is the limited access to financing to develop well-integrated value chains.

He says the AfCFTA is changing this and with the changing times, opportunities are also changing for the private sector and for the Africa Economic Zones Organization.

While Special Economic Zones have been primarily focused on exports, they now need to sharply focus on the regional markets in Africa.

He notes that the special economic zones should allow Africa to now develop its manufacturing capacity, competitive regional value chains, for exports into the African Continental Free Trade Area, and to expand their integration into global value chains.

The World Economic Forum (WEF) notes that intra-Africa trade has been historically low.

In 2017, Intra-African exports were 16.6 per cent of total exports compared with 68 per cent in Europe and 59 per cent in Asia. This points to the untapped potential in Africa.

The WEF cautions that it will be a challenge to make way for easy and quick facilitation of people and goods in Africa because there is so much fragmentation, with economies at widely varying stages of development, experts speaking at the session noted.

"While the reality is there will most likely be winners and losers, the role of the African Union will be to ensure shared prosperity on the continent, creating supportive policies, eliminating monopolies, and stamping out uncompetitive behaviour," adds WEF.

AfCFTA is an opportunity for countries and companies to help each other grow, as they have done in other regions. But trade liberalization has the potential to damage the poorest within those countries, which is why it is so important to have supportive policies.

Tagged:
Copyright © 2020 The Exchange Africa. All rights reserved. Distributed by AllAfrica Global Media (allAfrica.com). To contact the copyright holder directly for corrections — or for permission to republish or make other authorized use of this material, click here.