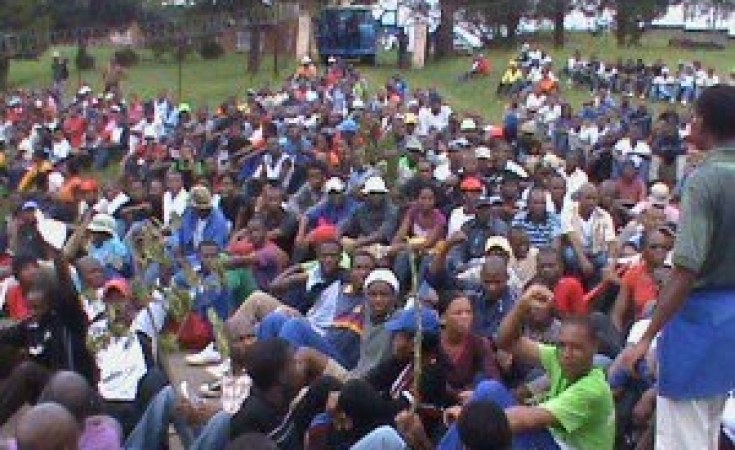 Police in Swaziland (eSwatini) blocked a march for democracy and arrested leaders, torturing at least one of them, according to reports.

A group called The New Parliament tried to hold a march in Manzini, the kingdom's main commercial city, but two leaders Phila Fakudze and Sibongile Mazibuko, President of the Ngwane National Liberatory Congress (NNLC), were arrested and taken to Sigodvweni Police Station.

Swati Newsweek, a news website, reported, 'Mazibuko was questioned and released after spending over five hours with the police officer who grilled her for calling for multiparty democracy.'

Swaziland News, an online newspaper, reported Fakudze was arrested on 24 December 2020 and 'was tortured the whole night and later taken back to Manzini police station for further torturing'.

Fakudze told the Swaziland News, 'While suffocating me, one of the police officers told me to pray and tell my God that I'm coming, he said we can kill you and then said you were trying to escape.'

Swati Newsweek reported Fakudze saying, 'I was suffocated with a plastic bag by 12 police officers. I was tied to a bench and assaulted. I was kept in police custody for 48 hours. The police told me to pray and tell God that I am coming. They forced me to admit to being a robbery suspect. I was forced to name innocent people. However, they released me after their evidence crumbled.'

Swaziland is not a democracy and is ruled by King Mswati III as an absolute monarch. One of the aims of The New Parliament is that the king hands back power to the people.

Separately, Swati Newsweek reported Thulani Motsa, the Swaziland Peoples Liberation Movement (SPLM) Deputy President, was allegedly assaulted and suffocated by police. It said it had a copy of a doctor's report detailing injuries.

Swati Newsweek quoted Motsa saying, 'Police officers from Sigodvweni and Manzini came to my home, accompanied and confiscated my cellphone before bundling me into a police van without any warrant of arrest. When we arrived in the police station I was tightly tied by a black rope and suffocated by 10 male cops.'

Swati Newsweek reported Swazi police made a number of raids on homes of activists during the recent holiday period.