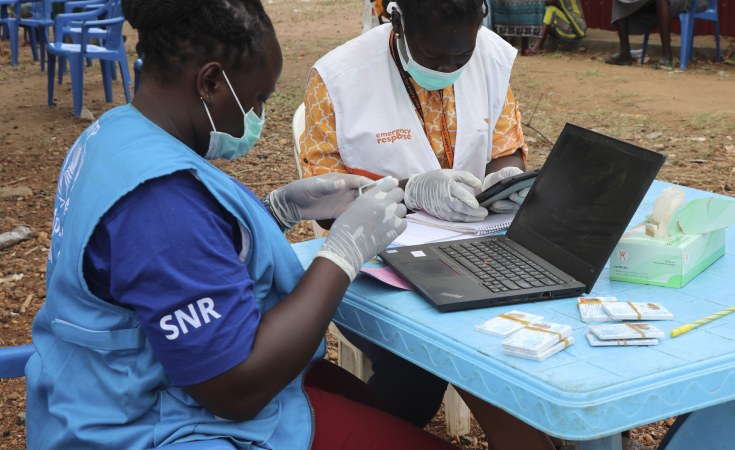 It has been close to a decade and a half of prosperous trade. Despite South Sudan's disruptions, it has been a major trade partner, taking up a large chunk of Uganda's formal and informal exports.

According to a March 2020 Ministry of Finance report, Uganda in February 2020 had a $54.9m (about Shs199.6b) trade surplus with the rest of the East African Community (EAC) with South Sudan contributing big to the surplus.

Apart from Kenya, Uganda exported more goods to South Sudan, with the country becoming the second biggest trade partner in the region.

"On a country specific level, Uganda traded at surplus with all East African partner states except Tanzania. Kenya remained the biggest destination of Uganda's exports. South Sudan was the second largest in February 2020," the report notes.

The Uganda-South Sudan trade has been growing, albeit, with some challenges but the optimism has got many stakeholders thinking.

Many, including the government and international partners have come up with a number of measures to not only ease trade but also support the growth.

For instance, in February 2020, a $5m one stop border post (OSBP), was completed under the support of the UK's Commonwealth and Development Office channeled through TradeMark East Africa.

At the handover of the facility, Trade Minister Ms Amelia Kyambadde, said even though trade between Uganda and South Sudan had declined due to instability, it has been recovering because of various efforts, among which are not limited to the current stability but establishment of the Nimule OSBP.

"The OSBP will ensure there is quick clearance of goods, improved service delivery, improved access to markets, and enhanced competitiveness. This will improve the livelihood of our people, especially the border communities," Ms Kyambadde explained.

Talk of cross border trading. Until Covid-19 happened, nothing looked out of the ordinary. Cross border trading had been posting quick growth but the closure of borders to slow the spread of Covid-19 applied brakes to everything.

The measures put in place stringent restrictions, only favouring formal trade thus affecting a number of women traders who make up to 70 per cent of informal cross border trade at Elegu-Nimule border.

"We depend on the Elegu side for goods supply. But since Covid-19 , it has been difficult to cross from Nimule to Elegu. Some of the women had no choice but to engage in smuggling and illegal crossovers which has exposed them to a number of challenges," she says.

Cross border trade between Uganda and South Sudan, she says, has become difficult because of the requirements including possession of a Covid-19 certificate that have been put in place.

"Covid-19 tests are very expensive and our people can't afford them," she says.

On the Ugandan side of the border, Ms Margaret Auma, the Elegu Women Cross Border Traders and SACCO chairperson, says Covid-19 has hit the border traders badly with more than Shs100m lost by Elegu women informal traders during the lockdown period.

"Initially, we would be travelling with our goods to South Sudan. But now, we have to load them on a truck here, which delivers them to the customers, most of whom must first place orders," she says.

However, she notes the cost of transportation and slowed delivery of goods, some of which are perishable, has been a challenge.

"We have lost plenty of cash because some traders deny ever receiving the goods or others take long to pay or never pay at all because they know we can't cross the border to pursue them," she says.

However, amid all these challenges, the government of Uganda and South Sudan have been working behind the scenes together with development to create safe trading zones.

In a telephone interview recently, Mr MouMou Athian Kuol, the undersecretary at the South Sudan EAC Affairs Ministry, said whereas Covid-19 had made cross border trade difficult in 2020, East Africans continue to do business under the auspice of regional integration.

"Trade in 2020 has definitely not been easy. Traders have also complained about several issues. But many of these have not be presented to us," he says, adding: "As the EAC, we must continue to cooperate at borders so that we can support our traders."

Trade partners have been working in overdrive to ease trade amid a dangerous pandemic.

Mr John Bosco Kalisa, the country representative for Trademark EA, South Sudan programme said the Safe Trade protocols apply to border markets that are either open or closed due to Covid-19.

The protocols, he said, work to establish areas where traders can operate with minimal chances of contracting Covid-19.

"The are reset to benefit more than 2,000 informal traders on the South Sudan-Uganda border alone. Most of the beneficiaries will be women as they are the majority in border markets," he said.

The protocols put in place requirements such as having personal protective equipment, especially frontline workers.

Mr John Bosco Kalisa, the country representative for Trademark EA, South Sudan programme said the Safe Trade protocols apply to border markets that are either open or closed due to Covid-19.

The protocols, he said, work to establish areas where traders can operate with minimal chances of contracting Covid-19.