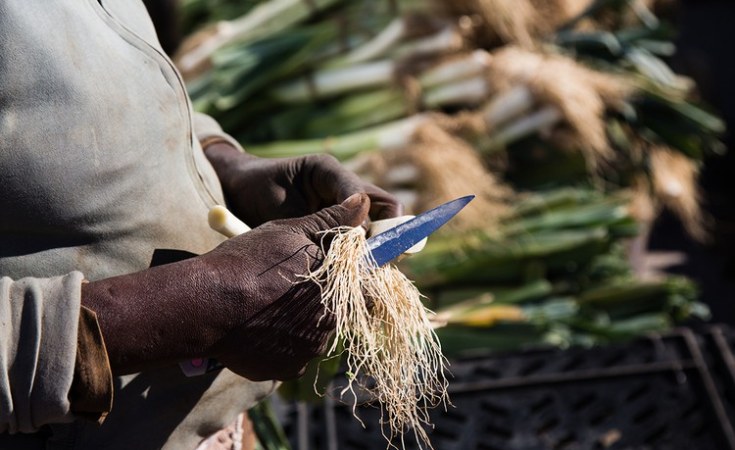 Sammy Korir had a light bulb moment when he learnt about a steam jiko about two years ago.

As a school owner, he knew that was a life-changing innovation. "My school had been using a jiko that was very uncomfortable to my employees because of the smoke and the heat kept dying down," he says. "After acquiring this new one, we no longer emit any smoke from the fireplace since the steamed water fans the heat."

Sammy, who has been using the jiko for two years now, says the best thing about the it is that it promotes clean energy and works faster than the normal ones. "My cooks finish cooking in time as the heat is very intense," he says. "About one litre of water can heat for four hours and the intensity does not change."

A research published in March 20, 2020 in the journal Annals of Global Health, talks about the dangers of using firewood as a means of cooking.

"Being exposed to very high levels of pollutants in wood smoke from use of wood fuels such as firewood and charcoal for domestic cooking needs is associated with a number of disease outcomes, especially respiratory diseases in women and children under five years of age," says the study.

Philip Kolil, who came up with the idea, explains how it works. "When the steam jiko is lit, mostly using maize cobs, the heat boils the water below," he says.

"The very hot water then forms steam that fans the heat and does away with any smoke that could have come from the maize cobs or firewood."

If ingenuity could shout, then Kolil's innovation could make the loudest noise in Pioneer, Uasin Gishu County. "My aim was to have an environment friendly method to cook and reduce smoke emissions into the air," he tells HealthyNation.

Kolil says the idea came to him as he was living with his aunt. "Life was hard and I had to drop out of school," says Kolil, an orphan.

He badly wanted to stop using wet firewood, which would emit smoke, reddening his eyes. "It would rain in the village and our only source of fire was firewood. We had to use wet firewood to cook," he recalls.

So, at that tender age, when he had barely done any science experiment in school, he tried something that he would later pay off.

His childhood experiment has now borne two similar ideas on innovation that promotes clean energy. "I started experimenting with an empty insecticide container when I was young," he says.

"I remember pouring water into the container and then putting it under hot ash from used firewood. I would then pressed the top part of the insecticide and the outcome fascinated me," he explains. Years later, he used the same concept, but on an advanced level.

When he was starting out, Kolil used local jua kali materials which were cheaper. However, the Kenya Industrial Research and Development Institute asked him to use stainless instead.

Today, he has patented two of his innovations; Economical Steam Stove (2015) and Multi-Kolil Blower (2019) through the Kenya Industrial Property Institute.

The two innovations have the same concept but the former is for a family set-up and the latter can be used in places such as schools, hospitals or churches since it is bigger.

"Unfortunately, nobody wants to associate with you once you have patented your innovation, so I am doing my own sales," says Kolil. "I used maize cobs to heat the steam because I want to encourage farmers not to waste it but use it for commercial purposes."

It takes a week for him to finish making one jiko. The smaller jiko (Economical Steam Stove), which can be used in households, costs about Sh55,000. So far, he has made 12 of these. He has also made two Multi-Kolil Blowers, retail at Sh370,000 each.

"I am happy that in the end I have done away with the smoke that I dreaded growing up and people who use my innovation will have a friendly cooking environment," he says.