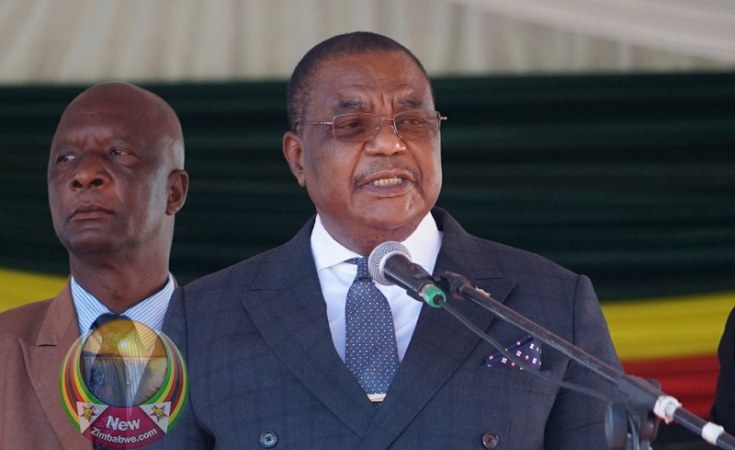 ZIMBABWE, like the rest aof the world, is battling second wave of the Covid-19 pandemic. The country's health facilities are inadequate and ill-equipped to deal with the surging numbers across the country.

Two-and-a-half weeks ago I lost my father to Covid-19 in Bulawayo at a government hospital. He had been admitted into an ordinary ward after a rapid antigen test gave a negative result. For almost two days, the medical staff in that ward treated him like an ordinary patient, exhibiting Covid-19-like symptoms. While they wore masks and gloves, they were not wearing the full personal protective equipment, which include gowns or coveralls, goggles, face-shields, head covers and rubber boots.

All the diagnostic tests had to be done at private laboratories including the full blood count, rapid and polymerase chain reaction (PCR) tests. The radiology department was also not operational, so scans and chest X-rays had also to be performed at private institutions. To ferry the patient for the tests, we had to source the services of a privately-owned ambulance because the hospital ambulances did not have oxygen equipment.

On the morning of December 21, the doctors ordered PCR tests and by 10am we had paid the US$60 for the test. It took the private laboratory more than seven hours to go and conduct the tests. This was only after several pleas from the nursing staff at the hospital. The ambulance refused to ferry him for the scan and X-rays without the PCR results. The private health institutions where we wanted to transfer him to were also demanding the PCR test results first.

Our fears were confirmed on the day he died that he had tested positive to Covid-19. This was before the second wave hit. What was worrying was the lack of effort to contact-trace and test the primary contact people. The family had to fork out hundreds of United States dollars to ensure everyone was tested. But how many people can afford the US$60 being charged for PCR tests. Government needs to step in and ensure that contact testing is done for free or at a bare minimum cost. How many people at government hospitals can afford the hundreds and even thousands being charged by private institutions for diagnostic tests?

What happened to my family illustrates the infrastructural decay and lack of basic supplies at public health institutions. It also shows how ill-prepared the country is to deal with the growing numbers of coronavirus infections. We have a very weak health system and fragile infrastructure. More than anything the risk to the front-line staff is worrying. The Zimbabwe Association of Doctors for Human Rights (ZADHR) estimates that more than 1 000 health workers were currently infected with Covid-19.

Before the second wave hit, the government could have acted proactively ahead of the festive season. They should have anticipated a spike in numbers after the holidays. They could have limited numbers of people into the country from countries battling new Covid-19 strains and limited the numbers of gatherings.

While the imposition of the nationwide lockdown is welcome, it was reactive and lacked proper planning on how the country was going to deal with the swelling numbers of new infections. Days after the announcement, we are just as clueless as we were when the new measures were put in place on how the government plans to contain the virus.

What measures has government put in place to deal with the risk levels of the new strain? What curative measures have been put in place? Is there a roll-out plan to vaccinate Zimbabweans? Does the country have enough PPEs for the frontline workers? What is government doing to increase the number of beds, including for intensive care patients, ventilators and high-flow nasal cannula (HFNC) oxygen?

Harare City Council has said it is overwhelmed by the soaring numbers of Covid-19 cases. ZADHR secretary-general Norman Matara told Al Jazeera that: "The problem is very few institutions are admitting Covid-19 patients because bed capacity is very low in public hospitals.

"This means that patients requiring these services will die at home. The few private facilities admitting patients are charging an arm and a leg."

Government needs to reverse its decision to allow examination classes to write examinations after teachers and 50 school heads tested positive to Covid-19.

The worst is yet to come. Zimbabwe needs a strategy to deal with the spread and impact of the disease. It needs strong leadership to steer the country out of this deadly situation before we start dropping like flies.