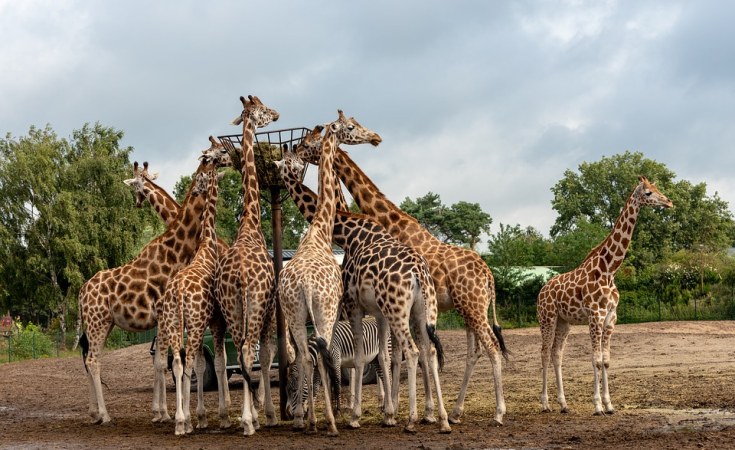 A, one of only two in Africa, dwarf giraffe was discovered on a private farm near Okahandja last July, a recently published report by researchers from the Giraffe Conservation Foundation (GCF) revealed.

The first such animal was spotted in Uganda's Murchison Falls National Park in May 2017.

According to a statement from the foundation, the animals were documented during photographic surveys routinely conducted by GCF to determine numbers, population dynamics and distribution of giraffe throughout Africa.

Using digital photo-measuring techniques, the researchers measured limb dimensions of the two dwarf giraffe and compared them to other giraffe in the populations. These dwarf giraffe have shorter legs than others of similar age.

"It looks like a one-year-old and we were very surprised when we first saw it and wanted to know what was going on. There is still much to research but what we can say is that it is a dwarf giraffe," Julian Fennessy, director and co-founder of GCF, told the media.

A normal giraffe can grow to about 5,5 metres, while a dwarf giraffe grows to about half that size.

"It's another interesting wrinkle in the unique story of giraffe in these diverse ecosystems."

Skeletal dysplasia refers to a disorder in the cartilage and bones that may result in abnormalities in bone development. These anomalies are sometimes characterised by shortened and irregularly proportioned skeletal formation, resulting in what is described as "disproportionate dwarfism", the report explained.

The study says the giraffe population in Uganda experienced a significant bottleneck in the late 1980s due to civil unrest and poaching for bushmeat although it is unlikely this particular giraffe - named 'Gimli' by the researchers (in honour of Tolkien's Lord of the Rings character) is related to a decrease in genetic diversity.

According to the statement, the dwarf giraffe in Namibia, christened Nigel, was born in 2014 and his unique body shape was first observed when he was about four years old; an age when male giraffe are fully gown.

"While the Namibian farmer had spotted Nigel regularly over the years, it was only after our observations that he realised that Nigel was not a juvenile but a fully grown male giraffe," said researcher Emma Wells. "It is mainly in comparison to other giraffe that his difference in stature becomes obvious."

She said across Africa, giraffe have experienced significant population declines over the past 30 years, leading to a "silent extinction crisis". Population monitoring efforts like those conducted by GCF and its partners in Namibia, Uganda and elsewhere are providing critical information for giraffe conservation throughout Africa.

GCF estimates that there are only about 111 000 giraffe remaining in the wild in all of Africa and Fennessy told The Namibian there are about 13 000 giraffe in Namibia, adding that 50% of the world giraffe population is in southern Africa, which is a "giraffe conservation success story.

"The fact that this is the first description of dwarf giraffe is another example of how little we know about these charismatic animals," said Fennessy. "It is only recently that our research showed that there are four distinct species of giraffe. There is just so much more to learn about giraffe in Africa and we need to stand tall now to save them before it is too late," Fennessy said.