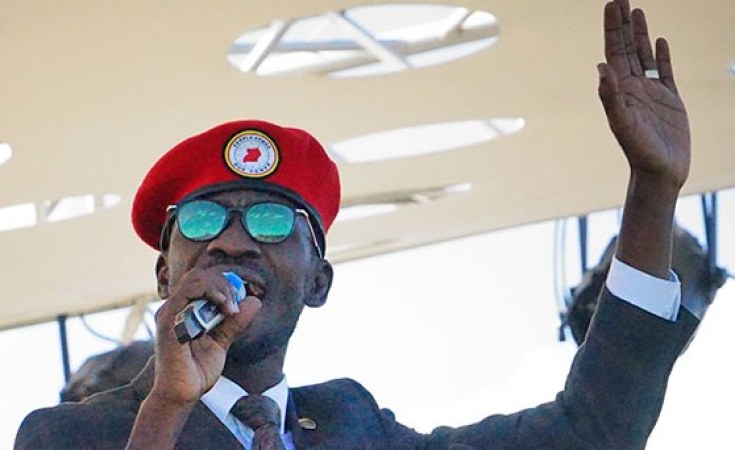 Ugandan politician Bobi Wine has refuted claims he is gay.

Bobi Wine, whose real name is Robert Kyagulanyi, and perceived to be President Yoweri Museveni's main challenger ahead of Thursday's general elections, has also denied reports his presidential campaign is being been funded by homosexual groups.

"I am married to a woman you all know, it is a shame, it is disrespectful and I feel insulted to be involved in the sex talk when we have few hours to elections," he told a local television station.

The youthful politician and pop-star singer insisted he is a cultural man, and termed the talk 'diversionary'.

"Driving me to such talk is diversionary. I would rather use the time to talk about our plans for the people of this country (in the event we win the elections)," he said.

"We are supported by Ugandans. Museveni can talk about whatever because he does not have anything else to tell Ugandans."

President Museveni, who has declared same-sex relationships illegal in the country, has accused homosexuals of funding Bobi Wine.