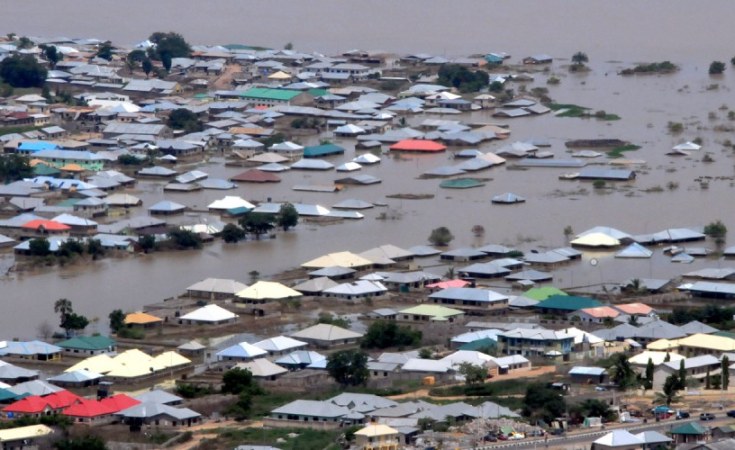 The survey was carried out in seven states.

About 79 per cent of Nigerian farmers were estimated to have been affected by the ravaging effects of drought and flooding in 2020, a survey conducted in seven states of the country has shown.

The analysis by SBMIntel, an Africa focused research firm, revealed that the harvests of 26.3 per cent of Nigerian farmers were greatly affected by extreme weather conditions.

It said 52.60 per cent "were somewhat affected and a fifth (21.1 per cent) were not affected by drought and flooding in the year under review."

The survey, titled: "Nigerians just want to eat" and published this month, chronicled the major challenges bedevilling Nigerian farmers and food transporters which are capable of impeding national food security.

Meanwhile, 10.5 per cent of the respondents had their farms in Benue and the remaining 15.9 per cent were equally distributed between Nasarawa, Osun and Katsina states respectively.

The farmers surveyed were mostly crop farmers who grew a wide range of staples with fruits, vegetables, cassava and maize farmers in the majority, the report noted.

According to the survey, extreme climatic events such as flooding and drought witnessed in some states within the country triggered the negative effects being noticed on the prices of staple foods.

It said flooding in Nigeria was experienced in the north, mostly in states like Bauchi, Kebbi, Niger, Sokoto, Zamfara, and some parts of Kwara.

"In fact, in Kebbi alone, 500,000 hectares of farmland were destroyed by flooding, with the cost being upward of N5 billion," the report said.

Also, it stated that the problem that faced farmers in the South-western region was the lack of rainfall experienced during the mid-planting season last year.

"Last year, the 'August break' actually began in early July and lasted through till the end of August. This prevented the planting of maize, cassava and cash crops like cocoa," the survey added.

According to the survey, "more than half of the farmers engaged had no irrigation system, even when they believed that it will help greatly in their farming endeavours."

It said 57.90 per cent of the respondents said "they do not own any irrigation system that could help complement the absence of rainfall when asked if they have, only 42.10 per cent had".

"However, about 94.7 per cent of the respondents agreed to a large extent that an irrigation system would help their farming system while 10.5 per cent said it would only help to a small extent and 5.3 per cent said to no extent," it added.

The survey said most farmers are getting discouraged over their inability to own irrigation systems or the technology of Rain Water Harvesting (RWH) to support crops during adverse weather conditions.

In order to mitigate the challenges being faced by these farmers and food transporters, the report recommends that both state and federal governments adopt "wider irrigation systems and as well facilitate the provision of early maturing and drought-resistant crop varieties."

"Switching to climate-smart agriculture is the best way to guard against crop failure and poor yields," the survey reads in part.

The report said respondents asked the government to fix access roads and provide adequate transportation that is cheap, effective and efficient.

"An efficient rail system will reduce the cost of transporting farm produce to the markets and improve food security. Security remains paramount followed by access to land and irrigation infrastructure," the report quoted the farmers to have said.