Uganda Decides - Where Vote Will Be Won and Lost 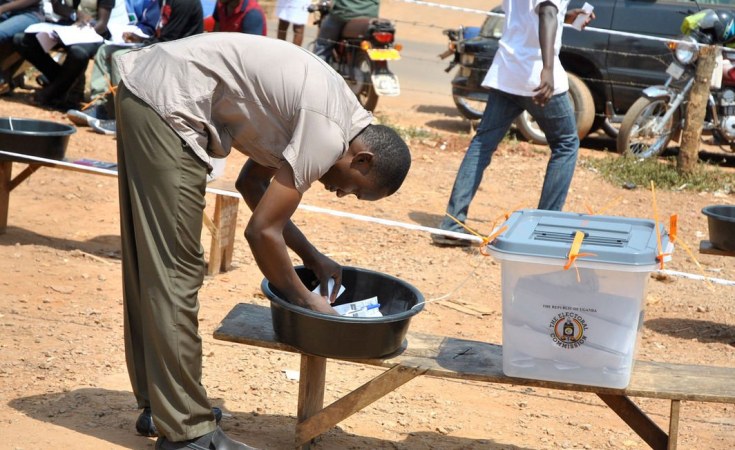 Nobert Atukunda/Monitor
Buganda and western region contribute six out of every 10 voters in the country while Karamoja, with its nine districts, has the least number of voters.
The Monitor (Kampala)
By Nobert Atukunda

Some 18.1 million registered voters are expected to file at 34,684 polling stations across the country today to cast their ballot and pick a new president and 528 Members of Parliament.

The voting was set to begin at 7am and end at 4pm, according to the Electoral Commission (EC).

Our analysis of the EC data shows that one in every four voters in Uganda is from Buganda, Uganda's most populous and cosmopolitan region. A little under that number are in western region.

The central region, officially divided into central north and central south, together with the capital Kampala account for 5.6 million voters.

Put together, Buganda and western Uganda contribute six out of every 10 voters in the country while Karamoja, with its nine districts, has the least number of voters at about 349,000.

Where candidates hail from

This suggests that they are likely to split the votes in their backyard if each commands a significant home support, thereby disadvantaging them all.

However, Mr Museveni has in each of the past five elections organised by his government since 1996, won in the west comfortably even with his formidable four-time challenger Dr Kizza Besigye coming from the region.

Voting patterns in Buganda, like in other regions, are likely to be influenced by multiple factors, key among them in central region being higher concentration of an educated population, fishing communities aggrieved by military crackdown on Lake Victoria and a cue by the powerful kingdom.

In a tweet Wednesday, Mengo rallied voters to cast the ballot for a presidential candidate that respects the Kabaka, visits the administrative seat of the kingdom and understands the culture and customs of Buganda.

The other regions as indicated in the national voters register and their corresponding voter numbers are West Nile (1.2 million), northern Uganda (1.7 million), Kiira or Busoga (1.8 million) and Elgon (1.8 million).

The eastern region or Teso, the birth place of Forum for Democratic Change (FDC) party flag bearer Patrick Oboi Amuriat, has only 888,641, the second lowest countrywide.

An analysis of the EC data suggests no presidential candidate is likely to secure the constitutional minimum threshold of 50-per cent-plus-1 vote to win the election in the first round without snapping up a significant margin in either central or western Uganda.

Alternatively, a winning candidate would require to sweep majority votes in Kiira, northern, West Nile and eastern alongside picking some numbers in western and central Uganda to win.

The turnout in the past two elections indicates that on average 64 per cent of voters turn up to vote, which translates into 11.6 million voters for the 18.1 million voters registered this time round.

The participation of under-40 candidates such as Bobi Wine, Mr Katumba and Mr Mayambala, Mr Mwesigye, Ms Nancy Kalemba has led to animated discourse that the younger generation will be the kingmakers in today's poll.

However, an analysis of the EC shows that older persons outnumber the youth by 3.3 million votes, debunking the widespread claims that younger people will decide the presidential victor.

An Idiot's Guide to Uganda's Elections