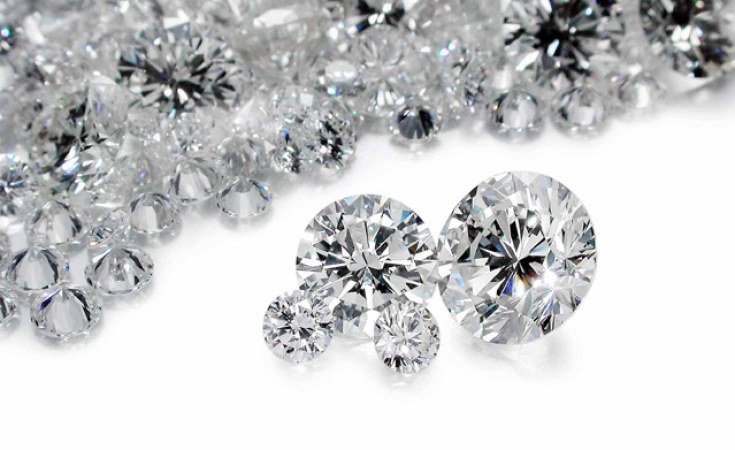 An army-linked miner, Anjin Investments (Pvt) Ltd, grabbed the most lucrative diamond claim in Marange from a firm owned by the government after being relicensed under unclear circumstances, it has emerged.

Investigations carried out with support from Information for Development Trust, a non-profit organisation helping journalists to expose corruption and bad governance, established that Anjin has effectively taken over Portal B, a diamond-rich zone in Marange that was being mined by the Zimbabwe Consolidated Diamond Company (ZCDC), a government outfit set up in 2016.

The ZCDC was established as a merger of DTZ-OZGEO, Marange Resources, Kusena Diamonds, Diamond Mining Company and Gye Nyame, when Anjin and several other diamond miners were de-licensed by the government and barred from operating in Marange, in Manicaland province, for alleged impropriety.

The de-licensing occurred during the rule of the late Robert Mugabe, who was deposed through a military-assisted takeover in November 2017.

Mugabe's deputy, Emmerson Mnangagwa, replaced Mugabe and took on board the then commander of the Defence Forces, Constantino Chiwenga, as his senior co-vice president.

Available documents show that Anjin challenged its eviction through the High Court (case number HC 2183/16), then the Supreme Court (SC 39/20) and, finally, the Constitutional Court (CCZ 6/18/11). It lost at all the stages.

Anjin featured on Mnangagwa's 2018 list of entities and individuals that had externalised foreign currency and, together with Jinan, a Chinese diamond company, was accused of having illegally carted out a combined US$344 million.

In 2012, the US Office of Foreign Assets Control accused Anjin of "smuggling" 3,7 million carats of diamonds to Shanghai, but the company argued that the shipments to China were government-sanctioned.

Anjin went back to the Marange fields in March 2019, three years after its special grants 4765 and 5247 were revoked, and its return has been seen as a flawed act meant to give an under-funded army the opportunity to finance its operations.

"It's clear that there is a military hand behind the return of Anjin to Chiadzwa," said the Centre for Natural Resource Governance (CNRG) director, Farai Maguwu, whose organisation fights for transparency and accountability in the mining sector.

In July 2019, the current Mines minister, Winston Chitando, downplayed the role of the military during a press interview and waved off Anjin's murky past.

"Anjin's license has nothing to do with who they are and what they have done before... The fact is they will be mining our diamonds and there will be a board to oversee the operations of all companies involved in Marange," he said.

Investigations, though, established that there was an intricate link between Anjin, the military and the ruling Zanu PF.

One telling indicator is that former Anjin director, Munyaradzi Machacha, is a retired brigadier general and a Zanu PF politburo member.

Defence minister, Oppah Muchinguri-Kashiri and Chitando evaded questions on the Anjin return -- which the latter said was based on a "government-to-government agreement" with China--despite numerous attempts.

Lieutenant Colonel Alphios Makotore, the army spokesperson, referred questions back to the Defence ministry. "I think those questions should be directed to the Ministry of Defence. I'm a spokesperson for the Zimbabwe National Army."

But investigations show that the Anjin return possibly broke the law and undermined public investments in the diamond sector through ZCDC.

Anjin, it was found out, regained access to its old claims in the Charasika and Jesse areas that fall under portals C and L2, and measure a combined 4 846 hectares

ZCDC used to operate in portals A and B but was later directed by the Mines ministry to withdraw from the latter to make way for Anjin, while villagers under Portal Q accused the army-linked venture of encroaching into their settlements without notice.

Manyeruke, though, distanced Anjin from Portal Q--which Diamond Mining Company used to mine--but confirmed that the joint venture was given Portal B in addition to its old claims.

Portal B, better known as the RBZ (Reserve Bank of Zimbabwe) concession owing to its rich diamond deposits, was initially under Marange Resources before it was transferred to ZCDC and, now, Anjin.

Sidange referred questions to the eastern region office when quizzed on the specific dates the EIAs were issued.

EMA provincial manager, Kingston Chitotombe, said he was on annual leave and further referred questions to his subordinate, Alice Rutsvara, who did not respond to the media queries.

But the claim that Anjin had a valid EIA for Portal B was refuted as way back as July 2019.

Gladys Mavhusa, a Chiadzwa Community Development Trust member was quoted on the CNRG site saying all their efforts to get proof of the EIA had hit a stone wall.

"We had agreed that, whichever company comes back, we have to do environmental impact assessments first. However, with Anjin, that was not done.

"We went to meet them and demanded to see the EIA but they told us that it was kept at ZCDC. We requested from ZCDC to see the Anjin Investments EIA but they are not forthcoming," said Mavhusa.

The Marange diamonds fields are partitioned into the Green and Blue Zones --which are low -- security areas -- and the Pink and Red zones where ZCDC and Anjin are mining and exploring and are the high-security zones. The ZCDC is now limited to Portal A, which measures 1 050 hectares, after ceding the lucrative Portal B to Anjin.

"There are spirited efforts to destroy ZCDC and prop up Anjin. How do you explain a government withdrawing its most lucrative concession from its own company only to hand it over to a private investor.

"Anjin, had already managed to repossess its own claims. Why not give it other claims that were unoccupied?" questioned a senior official who has since left ZCDC.

Since senior government officials have played hard to get, it remained unclear how the 50-50 stake between Anhui and Matt Bronze was fixed.

In the post-Mugabe era, the Indigenisation and Economic Empowerment Act was amended to do away with a controversial clause that limited foreign investment to a maximum of 49 percent for most businesses except diamonds and platinum.

However, in August 2019, a few months after the readmission of Anjin and the green-light to mine that was given to a Russian diamond company, Al Rosa, that contributes some 30% of the gem globally, the Finance minister, Mthuli Ncube, announced to parliament that platinum and diamonds would be exempted from the 51-49 stake ratio for local and foreign firms, respectively.

Instead, the Finance minister said, foreign shareholding could reach 100% and investors were given the freedom to negotiate the stakes.

The changes to the law followed visits to China and Beijing by President Mnangagwa.

Anjin, according to Manyeruke, is sitting on a stockpile of diamonds that he said awaited auction.

A recent media report claimed that the Anjin vaults were "overflowing", saying Mnangagwa recently rushed in to stop a secret sale of the diamonds amid speculation that a powerful faction in government linked to the military intended to use the money from the diamonds to entrench its power ahead of the 2023 general elections.

Government did not publicly refute the media report.

A 2017 report by Global Witness, "An Inside Job", alleged that state security forces benefited from secret funds from diamond proceeds.

In 2016, ex-president Mugabe banned the companies that were mining in Marange and his allies have claimed he knew that the army, which was benefiting from underworld diamond trade, was planning the coup that took place a year later, putting diamond entities like Anjin in the scheme of Zimbabwe's politics.

The post-Mugabe administration also amended the diamond policy that stipulated that there would be only two umbrella investors in the sub-sector, expanding the number of players to four and, thus, making way for Anjin and Al Rosa.