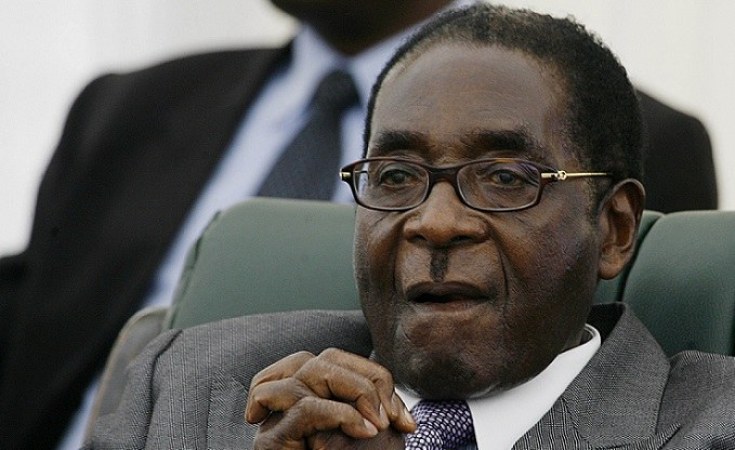 The late former president Robert Mugabe's business empire has crumpled amid revelations that Gushungo Dairy Estate is being leased to a company linked to a millionaire businessman.

A once thriving chicken and pig enterprise at the former Zimbabwe's strongman Zvimba home, has also collapsed.

Details obtained this week indicate that Mugabe's widow, Grace, is struggling to run the vast estate resulting in the business nosediving to an estimated 20% capacity utilisation.

Mugabe -- who ruled Zimbabwe with an iron fist for 37 years but was removed via a military assisted takeover in November 2017 -- left a huge business portfolio mainly in farming with 21 farms, according to a government commissioned land audit.

This is in stark contrast with the one-man-one-farm land policy his administration touted while Mugabe and his family turned into notorious land barons.

In 2015, Grace evicted 80 families who settled at part of the Gushungo Dairy Estate, but ever since the death of her husband things have turned for the worse.

At the core of the late shrewd politicians' estate is Gushungo Holdings, incorporating Gushungo Dairy Estate, Gushungo Dairy Parlour and Alpha Omega -- all located in the 1 200 hectare Foyle Farm in Mazowe -- 40km north of Harare.

Foyle Farm was previously owned by a white ex-commercial farmer who was forcibly booted out at the height of the chaotic land reform programme. The property was initially run by the state-owned Agricultural and Rural Development Authority (Arda) before Mugabe grabbed it after the parastatal had bought farming equipment.

The Zimbabwe Independent gathered that Grace was failing to run the dairy business and had been forced by circumstances to lease the farm to a leading agricultural firm.

Workers at the expansive farm revealed yesterday that they were recently told by management that they would soon receive payouts to allow the new owner to decide on the number of people the business required.

Grace's new partners have since set base beginning from January 2 with an initial arrangement of maize planting while the dairy part of Gushungo estate is expected to commence business in the next three months.

"I cannot discuss such matters over the phone," Chiputwa said.

The agriculture company refuted they were in partnership with the Mugabe family but pressed further about other existing lease deals on one of the former first family's property, it ducked the question.

However, sources close to the Mugabes said since the death of the former president, business had been seriously depressed.

"Things have not been looking good at Gushungo Dairy so Grace decided to lease the business. It started in December 2020 and she will be receiving rentals," said the source who cannot be named due to the sensitivity of the matter.

"Grace failed to keep the business afloat and it affected the 400-strong workforce as some employees have been laid off.

"Some of the workers were redundant and they had to let them go. Capacity utilisation at Gushungo had seriously tumbled to 20%."

It is also understood that apart from things falling apart at Gushungo Dairy in Mazowe, the situation is the same at Mugabe's rural Kutama home. A thriving chicken and pig business with 6 000 egg layers and 1 000 pigs has also collapsed.

"There is not much happening in Mugabe's businesses including the one at his rural home where he was buried in Zvimba. The situation is equally bad at other farms such as Highfied in Norton which does beef cattle farming. Ever since Mugabe died things collapsed," added the source.

Previous Story
Next Story
'Chamisa Does Not Transport Mugabe Milk'

'Chamisa Does Not Transport Mugabe Milk' 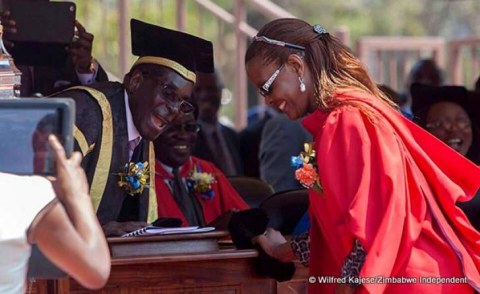 The Mugabes' Dodgy Diamond, Ivory Deals in Zimbabwe Exposed
Tagged:
Copyright © 2021 Zimbabwe Independent. All rights reserved. Distributed by AllAfrica Global Media (allAfrica.com). To contact the copyright holder directly for corrections — or for permission to republish or make other authorized use of this material, click here.