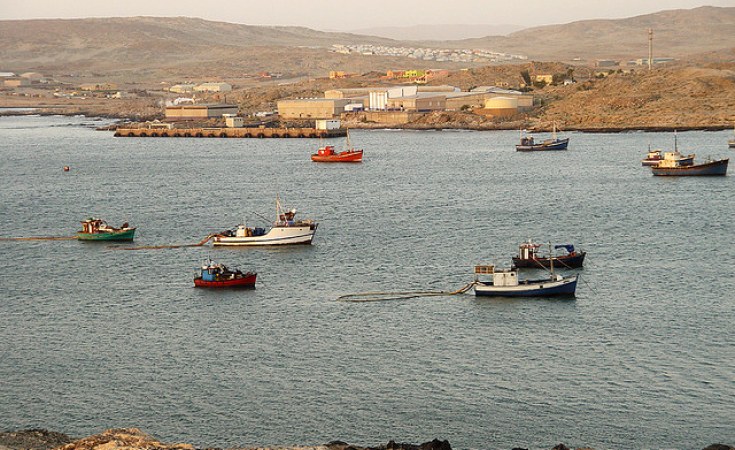 Conservationists and fishermen in Namibia have reduced the accidental deaths of seabirds including endangered albatrosses, from up to 30,000 per year more than a decade ago, to just 215 at the last count: and it's all down to the simplest of bird scarers.

Namibia's fishing fleet searching for hake and horse mackerel along its 1,500 kilometre-long coastline was until recently considered among the most deadly in the world for seabirds.

Normally, when fishing boats put out their nets and and baited hooks, draw them in, or discard fishing waste -- they are a magnet for seabirds, many of which collide with the wrap cables drawn behind trawlers or get caught on the hooks of longline fishing boats.

But in 2015 Namibia adopted new regulations that require all hake fishing vessels to use bird-scaring lines, a sort of nautical scarecrow, and other measures to protect birds from fatal encounters with fishing gear.

The 98.4 percent reduction in seabird mortality between 2009-2018 is an "absolutely amazing" achievement, said Titus Shaanika, a member of the Albatross Task Force (ATF) based in Walvis Bay.

We caught up with Titus Shaanika, senior #ATF instructor in Namibia, who is eager to continue their work for the sustainability of recent success - "we can and we must do more of this across the world if we want to turn the tide on biodiversity loss." 🌍 @BirdLifeMarine pic.twitter.com/MikhEaVnhm - - Albatross Task Force (@AlbyTaskForce) January 9, 2021

The bird-scaring lines consist of ropes festooned with colourful streamers attached to the back of the vessel. The benefits were most noticeable in the longline fishing fleet: boats that trail thousands of baited hooks on lines that stretch for up to 30 kilometres.

"Our estimate suggests that 215 seabirds were killed across this fleet in 2018 compared to 22,222 in 2009," according to a new paper co-authored by Shaanika and published this month in the journal, Biological Conservation.

Shaanika, who works for the Namibia Nature Foundation, a conservation group that manages the work of the ATF in Namibia, said the fishing industry had actively co-operated with their members since 2008, allowing them onto their boats to collect data that were later used to convince the government to pass the new regulations.

"The fishing industry was instrumental in ensuring we achieved these results," Shaanika told RFI.

In case you missed this fantastic news! The NNF team and together with the @AlbyTaskForce, @RSPBbirders have managed to reduce the seabird bycatch to a whopping 98%. Read all about how we did this incredible accomplishment in the latest blog post https://t.co/NlmYrdRCOP pic.twitter.com/7itmBVa8Np - NNF_Namibia (@NNF_Namibia) January 14, 2021

Among seabirds to benefit will be Namibia's three main species of albatross, the shy, the black-browed and the endangered Atlantic yellow-nosed albatross.

Albatrosses, which can live up to the age of 60, reach sexual maturity late and only rear a single chick during the breeding season. Scientists say the death of an individual bird has a major impact on population growth rates.

Fifteen of the world's 22 species of albatross are threatened with extinction.

Shaanika said conserving them was critical, not just because "they are beautiful birds" that migrate vast distances to breeding sites on remote islands in the South Atlantic.

As apex predators they help to maintain healthy fish stocks and, ultimately, a robust fishing industry.

"By protecting albatrosses, we are ensuring our ocean ecosystems are healthy," he said.

The decline in the deadly impact on seabirds caused by Namibian trawlers, as opposed to longline fishing vessels, wasn't as impressive: it was down to 1,452 seabirds in 2017 compared to 7,030 in 2009, the study in Conservation Biology says.

The authors found this was because many trawlers didn't deploy the bird-scaring lines until after the nets were already set, raising the risk of seabirds still colliding with the unprotected cables.

Nevertheless, the results achieved so far by the new regulations are extremely positive.

Shaanika said still more needs to be done to ensure it stays that way.

"The work needs to continue," he said.

Another aspect of our work in Namibia has been working with a local women's empowerment group, Meme Itumbapo, to build bird-scaring lines to sell to fishing vessels. This project hopes to secure livelihood opportunities to women with limited income opportunities. @NNF_Namibia pic.twitter.com/KQeXN5Oagi - Albatross Task Force (@AlbyTaskForce) January 8, 2021