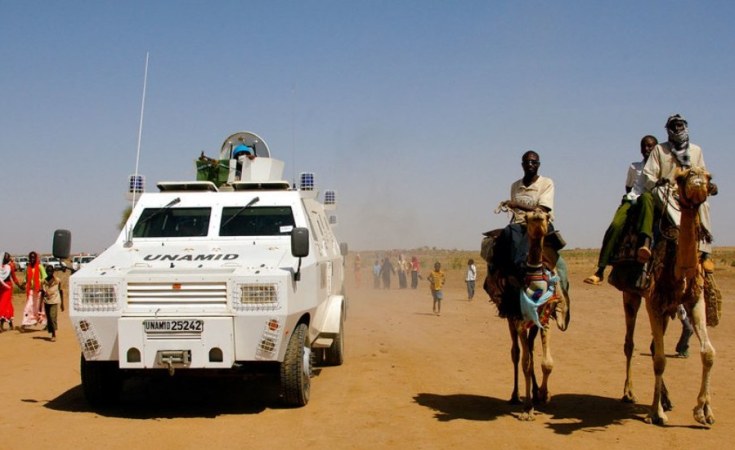 Hostilities between Arabs and non-Arabs have left 83 dead and 160 injured in the Darfur region of Sudan as the UN plans to end a 13-year peacekeeping mission.

The death toll following an outbreak of violence in the city of El Geneina in the Darfur region in Sudan reached 83, a doctors' union and an aid worker said on Sunday as sporadic violence continued. Women and children were among the dead. About 160 were left injured after the militia attacks.

The deadly clashes erupted after a fistfight between two residents in a camp for displaced persons with a man from the Arab Rizeigat tribe being stabbed to death.

Sudan imposed a statewide curfew in West Darfur. People were fleeing from the camp in El Geneina in spite of the city still facing gunfire on Sunday, reported Reuters news agency.

Family members carried out retribution on the Krinding camp and other areas on Saturday.

The doctor's union "called for the securing of health facilities" and access to transport to help medics assist those who were injured.

Another attack against the Abu Zar camp was reported on Sunday morning.

Sudan undergoes a shift in power

The violence occurred just weeks after the UN Security Council announced the withdrawal of a joint UN-African Union peacekeeping mission from the region.

The departure comes 13 years after the mission was established and locals protested the move fearing further violence in the absence of international security personnel.

Sudan has been pursuing a path towards democracy following the ousting of the longtime autocratic president, Omar al-Bashir, by a popular uprising.

Authorities in the region imposed a curfew on Saturday, closing all markets and public gatherings.

The central government in Khartoum also dispatched a delegation of high-ranking officials including the country's top prosecutor to try and bring order to the region.

The recent hostilities have brought into question the transitional government's ability to stabilize the conflict-ridden Darfur region.

A large-scale ethnic conflict in 2003 left some 300,000 people dead and 2.5 million displaced. Despite an easing of tensions since then, sporadic outbreaks of violence have continued.

A major source of conflicts in the region has been to do with access to land and water.

A power sharing agreement set up by the transitional government aims to include local rebel groups in the hope of bringing peace and stability, but two major groups including the popular Sudan Liberation Movement have refused to join.