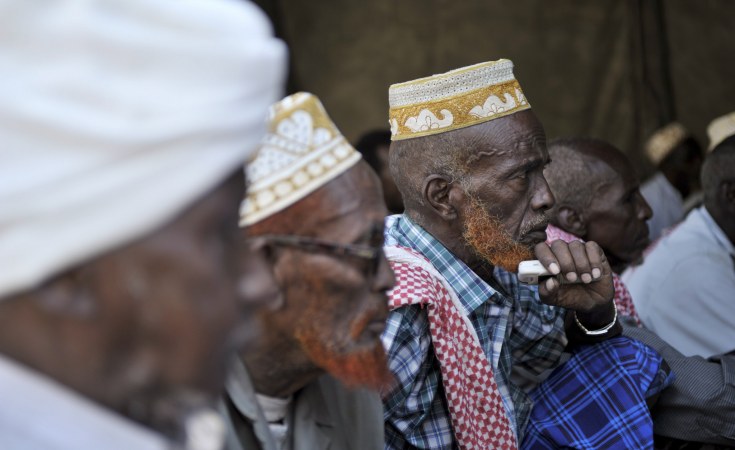 Nairobi — The government has downplayed a warning by Mandera Governor Ali Roba on escalating insecurity posed by Al Shabaab.

He identified gaps and dangers posed by the Somalia terrorist group that target securty forces and non-locals in Mandera, including on Friday when they killed a person and injured another during an exchange of fire with security forces.

But the Interior Ministry, in a statement signed by North Eastern Regional Commissioner Nicodemus Musyoki, downplayed Roba's concerns which, he described as "regrettable."

"The Governor knows our doors remain wide open for continuous and further consultation on all matters to do with security. Given the sensitive and risky nature of our operations, it is highly regrettable that he chose to address such delicate and complex national security concerns in the manner he did. His actions as a leader have the potential of heightening tensions and possibly placing lives at risks," he said.

But Roba insists that "Al Shabaab has infiltrated the region and were terrorizing the residents".

He accused the security agencies of doing little to thwart their operations despite the heavy presence of security personnel in the region.

He further added that 126 primary schools in the county were unable to reopen on January 4 due to insecurity challenges.

Musyoki has, however, faulted Governor Roba for "peddling unverified information and instead urged him to liaise with security teams on the ground with a view of sealing any loopholes that may be used by the insurgents to gain entry into the region."

"I encourage all elected leaders, and members of the public, to consider strengthening the partnership with the security teams with a view to positioning our country as a safe investment destination for local and foreign investors," he said.

Musyoki noted that contrary to Governor Roba's claims, since 2013, Mandera County had registered steady gains through the operations conducted by the security personnel on the ground.

Somali Women Demand 30% Parliamentary Representation
Tagged:
Copyright © 2021 Capital FM. All rights reserved. Distributed by AllAfrica Global Media (allAfrica.com). To contact the copyright holder directly for corrections — or for permission to republish or make other authorized use of this material, click here.

One Dead in Protests After Opposition Leader Arrested in Senegal
Petroleum