South Africa: Why Prisoners Are a Priority in Vaccine Rollout 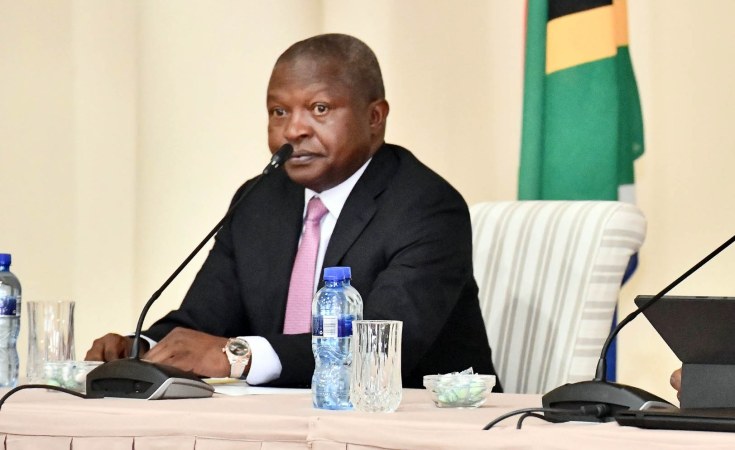 Inmates comprise a vulnerable group in society and they are meant to receive Covid-19 vaccines earlier than the general population. This has sparked debate locally and globally.

Who should be vaccinated against Covid-19 first? While in the main this question is a public health one, it has become a moral and political contentious issue, not just in South Africa but also in the rest of the world. Whereas there seems to be no question that frontline health workers must be the first group to receive the vaccine, the inclusion or exclusion of incarcerated persons in the next phase has sparked controversy.

Minister of Health Zweli Mkhize publicly announced the South African government's strategy on the vaccine rollout on 3 January. He said the government's target was to vaccinate 67% of the population to achieve herd immunity through a phased vaccine rollout that will start with the most vulnerable in society.

Phase one of three will cover all frontline health workers. During phase two, essential workers such as teachers, people in congregate settings such as old age homes, prisons and mental health institutions, those aged 60 and older, and people with comorbidities will be vaccinated. The general population will follow in phase three.

Ramaphosa endorsed this vaccine rollout strategy on 11 January and reiterated that prisoners would be included in phase two. It is their inclusion that has sparked an outcry, mainly from conservative and liberal sections of our society.

The DA has championed the call not to prioritise incarcerated persons for receiving the vaccine. "A person who is convicted and sentenced to imprisonment loses certain rights, and that includes the right to priority access to Covid vaccination," said senior party leader and member of Parliament James Selfe, who is also the DA's spokesperson on justice and correctional services.

He went on to say that "there are literally millions of hard-working, tax-paying members of the public who are similarly at risk, and those South Africans deserve access to the vaccination before it is provided to prisoners".

Former Constitutional Court justice Edwin Cameron, who heads the Judicial Inspectorate for Correctional Services (JICS), has a different view to the DA and all those who criticise the government's vaccine strategy in relation to prisons. "Government is obligated both morally and practically to take reasonable measures to secure the welfare of incarcerated persons, as it already does in affording adequate HIV and TB [tuberculosis] treatments to all prisoners," he said.

South Africa's prison facilities are notoriously overcrowded. The country has about 154 000 inmates and is ranked 12th in the world in terms of having the largest prison populations. The remand section for those awaiting trial, in particular, is a breeding ground for contagious diseases.

For Cameron, this situation places prisoners who are "without agency or ability to manage their own healthcare needs, or to take adequate self-protective measures of social distancing ... at particularly grave risk of [being infected with] Covid-19".

On 13 January, the Department of Justice and Correctional Services said there were 9 892 reported Covid-19 cases countrywide, with 192 deaths, of whom 133 were officials and the rest inmates.

"Given the particular vulnerabilities to Covid of the incarcerated population, and the risks these in turn present to the [department's] personnel we require to guard them, near-immediate vaccination of all prisoners is a well-grounded imperative in the interests of public health," said Cameron. If prisons are not prioritised, it will have a grave impact on inmates and officials as their health and the institutions' stability will be compromised, he added.

The DA and those who oppose the provision of vaccines in prisons have urged the government to limit them to prison personnel only. A similar view has been expressed by conservatives in the Western world, where vaccines are already being rolled out to the public as well as prisoners.

The call for prisoners not to be prioritised ahead of the general public was criticised in The New York Times newspaper as being "dubious, epidemiologically and ethically, without evidence that staff vaccination will be enough to stop the spread of infection".

An advocacy group for incarcerated people in the United States, the Prison Policy Initiative, also dismissed limiting vaccines to prison staff. It warned that prisons would become hotspots for the coronavirus in a country where already over 227 333 prisoners have tested positive and more than 1 600 have died. Health experts in the country as well as in Canada and the United Kingdom have strongly criticised government policies that do not prioritise prisoners as morally bankrupt and impractical in the fight against the spread of Covid-19.

"There is good legal precedent for putting prisoners in the front line of healthcare provision in that the Cape high court in, I think 1998, ordered the government to start making ARVs [antiretrovirals] available to prisoners, long before ARVs became generally available," said Cameron.

The International Bill of Rights and South Africa's Constitution also affirm that incarcerated people do not lose most of their basic human rights, including the right to healthcare. Over the years, South African courts have reasoned that, for prisoners, access to healthcare through ordinary channels is severely limited. Inmates' positions are further complicated by the conditions of their imprisonment. It is this vulnerability that justifies their prioritisation for medical healthcare at state expense.

This was the position in 1997 in the case of Van Biljon vs Minister of Correctional Services, in which the court emphasised that there was a stronger obligation on the government to provide healthcare for prisoners than for those not incarcerated.

The case was brought by four HIV-positive inmates who were receiving antiretroviral therapy prior to being incarcerated. They challenged the state to make medication available to prisoners. And there have been many similar cases, some in relation to tuberculosis, in which inmates' right to access adequate medical healthcare has been affirmed.

Despite this positive jurisprudence, activists and advocacy groups for prisons have noted that the burden of disease in South African prisons continues and is compounded by Covid-19.

In the absence of any response from correctional services and the Department of Health, it can be said that current prison conditions and the vulnerability of prisoners have compelled the state to consider prisoners for vaccination in phase two. It also remains unclear how the department plans to implement vaccination in correctional institutions.

While some have questioned the government's position on inmates in relation to vaccination, it will serve us well to recall the words of the first democratically elected president, Nelson Rolihlahla Mandela: "It is said that no one truly knows a nation until one has been inside its jails. A nation should not be judged by how it treats its highest citizens, but its lowest ones."