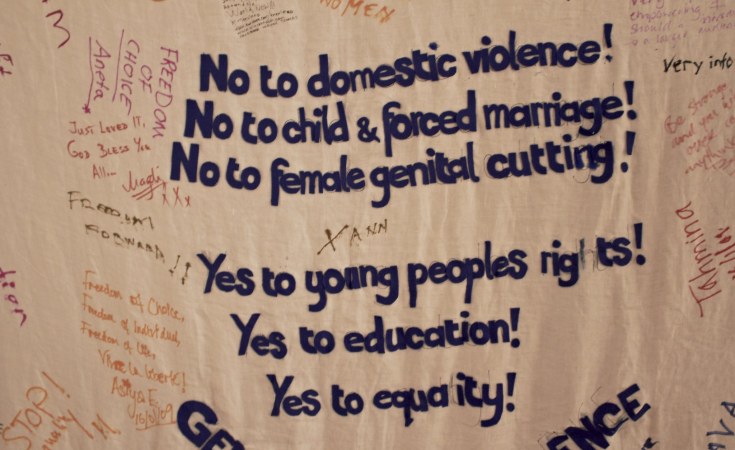 Egypt's cabinet has toughened a law banning female genital mutilation (FGM) - imposing jail terms of up to 20 years as part of efforts to stamp out the ancient practice.

Nearly 90% of Egyptian women and girls aged between 15 and 49 have undergone FGM, according to a 2016 survey by the U.N. Children's Fund (UNICEF), and the ritual is practised widely by both Muslims and Christians despite the 2008 ban.

Amendments to the FGM law approved by the cabinet on Wednesday include hiking the maximum sentence from the current seven years and banning doctors and other medical staff involved in FGM from practising their profession for up to five years.

Under the changes, prison terms of between five and 20 years will be recommended depending on who performed the surgery and whether it caused permanent damage or death, a government statement said.

The person requesting FGM will also face imprisonment, according to the amendments, which must still be approved by parliament and the president.

FGM typically involves the partial or total removal of the external genitalia and can cause long-lasting mental and physical health problems including chronic infections, infertility and childbirth complications.

It is the second time that Egypt's government has approved amendments to the legislation banning FGM.

The law was tightened five years ago to make it a criminal offence to request or carry out the widely condemned practice.

But highlighting the difficulty of eliminating FGM in Egypt, where there is widespread acceptance of it, no one has been successfully prosecuted under the 2016 law and women's rights groups say the ban has not been well enforced.

"It's a good step, but we don't want only laws on paper with no implementation," Entessar El-Saeed, director of the Cairo Foundation for Development and Law, told the Thomson Reuters Foundation.

El-Saeed said imposing strict prison terms on doctors and other perpetrators of the crime could prove difficult because there is an entrenched belief in Egyptian society that FGM is not a crime.

While Somalia has the world's highest FGM prevalence, with 98% of women having been cut, Egypt has the greatest number of women who have undergone it, according to UNICEF.

Reda El Danbouki, executive director of the Women's Center for Guidance and Legal Awareness, said the amendments would not help eliminate the practice unless judges, policemen and other law-enforcement officials started to take the issue seriously.

"Most of them do not take cases seriously because they believe it is for the benefit of the girl to undergo female circumcision for the protection of her chastity," he said.