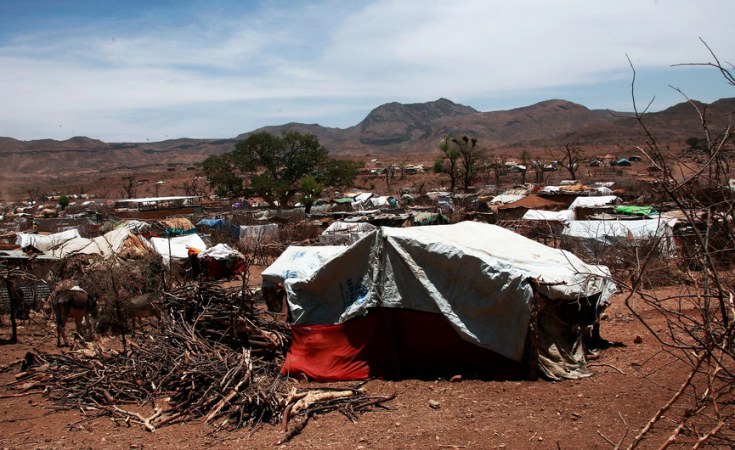 Two years after removing Bashir from power, Sudan's revolution is going through a tough transition. Economy, peace, and foreign policy are among the top challenges of the transitional government. However, all three files were a major topic of contestation contributing to an intensification of hostilities between the civilian and military components of Sudan's transitional government.

The Constitutional Charter of 2019 established a power-sharing regime between the military and the Forces of Freedom and Change; the opposition coalition that led the uprising against Bashir and his regime. This is the first time in Sudan's history of transitions to democracy where the military is included to govern transitional institutions, usually a fully civilian affair. The power-sharing agreement's primary rationale was to preserve Sudan's national security institution headed by the army; however, the government is facing serious national security threats because of the challenging civil-military relations and the lack of inclusive national security policy process.

It is hard to overlook the fractious relationship between the civilian government and the Sudanese military. The Transitional Sovereign Council's military generals, the highest sovereign institution, often criticise the government's economic and foreign policies. In a recent televised address to an army training ceremony, Lt General Abdul Fattah al-Burhan, the Army Chief and Chairman of the Transitional Sovereign Council, slammed the transitional institution for failing to achieve the people's revolutionary aspirations. The civilian government responded by calling the military involvement in the private sector "unacceptable." While policy differences are expected between government institutions, civil-military tensions are developing around different national security views.

Regional and international alliances are contested national security matters. The military institution is preserving the previous regime's warm ties with Egypt, Russia, and the Gulf States. Simultaneously, the civilian cabinet is more inclined towards Ethiopia and the West because of their historical ties with the opposition. In a move that was orchestrated by UAE, General al-Burhan met with Benjamin Netanyahu, the Israeli Prime Minister, on 3 February 2020. This meeting contradicted the Constitutional Charter that assigned foreign affairs to civilians. Moreover, Asmaa Mohamed, the former Minister of Foreign Affairs, denied any knowledge of such a meeting. But the military challenged the government narrative by announcing Sudanese Prime Minister Dr Abdallah Hamdok's prior knowledge of the meeting and citing the Armed Forces jurisdiction over national security affairs.

Also, Hamdok requested a UN peace support operation to implement the Constitutional Declaration and mobilize support for peace negotiation and economic assistance. This step provoked the military leadership because Dr Hamdok didn't consult with them before sending the letter. They pressured him to send a new letter to the UN that removed the request to support the implementation of the Constitutional Charter and security service reform.

The fluctuation of Sudanese-Ethiopian relations is proof of lack of coordination between the military and the civilian government. On the one hand, the civilian government runs the GERD negotiations that are yet to produce any progress. On the other hand, the military manages the border conflict with Ethiopia, which led to the recapture of Sudan's Fashqa in the Eastern border with Ethiopia after an attack on Sudanese farmers by Amharic militias.

Both institutions are critical for cementing democratic norms, public participation, and the rule of law. However, the two transitional components are not on the same page when moving forward with building these institutions. Last month, civilian leaders took aim at al-Burhan's initiative to establish the Council of Transition Partners (CTP) "responsible for leading the transition period and for resolving differences [between those in power] and having all the necessary prerogatives to exercise its power." The civilian government saw a contradiction between the decree and the Constitutional Declaration, warning against the CTP's replacement of the yet-to-be formed transitional parliament. Nevertheless, the civilian government rejection of the CTP didn't address the failure to form a legislative body for more than a year, which suggests that the current ruling troika is on good terms with limiting legislation powers to the cabinet and the Sovereign Council's members are benefiting from the status quo.

Sudan's lacking judiciary institutions and the rule of law is another area of fragility in the transition period. Opposition activists are detained without trial for more than six months, and inter-communal fighting caused the death of more than 80 people in Darfur this past week.

Even old democracies are more vulnerable in transitional phases. Sudan's fragile and new-born democracy is more vulnerable because of the Middle East and Horn of Africa regional dynamics. Sudan's transition is the subject of increasing interest to the Gulf States in the Red Sea where addressing regional turmoil requires a strong and united internal front. Any fractions between transitional partners and political power in the future will only complicate Sudan's already intricate transition and will have drastic consequences.

Darfur Holds Sudan Back With Threat of New Violence 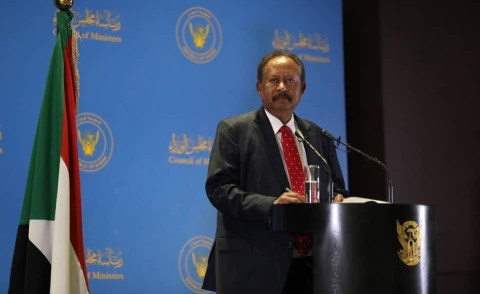 Sudan PM's New Cabinet Includes Former Rebels
Tagged:
Copyright © 2021 African Arguments. All rights reserved. Distributed by AllAfrica Global Media (allAfrica.com). To contact the copyright holder directly for corrections — or for permission to republish or make other authorized use of this material, click here.