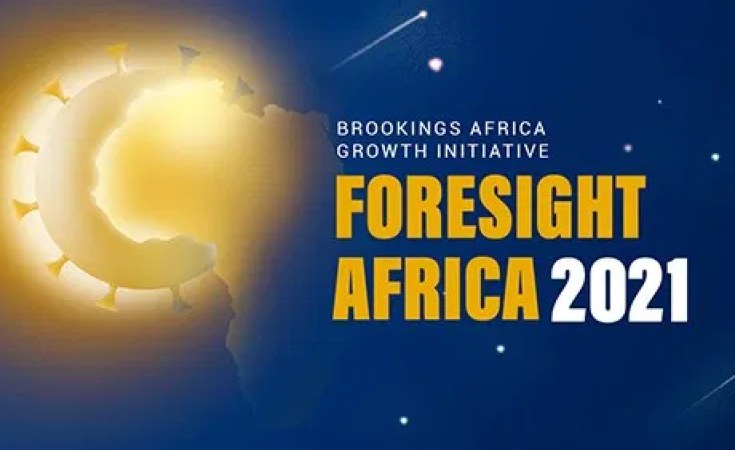 Editor's Note: Below is a Viewpoint from Chapter 6 of the Foresight Africa 2021 report, which explores top priorities for the region in the coming year. This year's issue focuses on strategies for Africa to confront the twin health and economic crises created by the COVID-19 pandemic and emerge stronger than ever. Read the full chapter on good governance.

President Joe Biden has committed to restoring American leadership globally. With the insurrection at the U.S. Capitol on January 6, this task became immensely more challenging. For Africa, nevertheless, this will translate into an American policy that strives to respect the people and governments on the continent.

Respect for democratic governance—which the president has called not only the foundation of our society, but the "wellspring of our power"—will also be at the top of his policy agenda. Given Donald Trump's effort to overthrow our election and the violent breach of the U.S. Capitol, the Biden administration needs to speak up for democracy and human rights at home and globally more than ever, a point made by my Brookings colleague, Thomas Wright.

Indeed, a desire for democratic governance is part of the connective tissue between Americans and Africans: Afrobarometer finds that 7 of 10 Africans aspire to live under democratic governments. A greater majority reject authoritarian or autocratic rule, presidents-for-life, and military rule. (For more Afrobarometer findings around African attitudes towards governance, especially under the pandemic, see the Chapter 6 essay by E. Gyimah-Boadi).

The institutions of American democracy faced extraordinary pressure during the 2020 elections and were under siege during the transition. The challenges we faced in this election cycle should enable the United States to share, listen, and learn with its partners on the continent while laying the groundwork for a renewed U.S. policy agenda in Africa to promote resilient, democratic societies.

It is appropriate, for example, that Joe Biden's first congratulatory call from Africa came from South Africa's President Cyril Ramaphosa, whose own democracy has been stress-tested by eight years of "state capture" under Jacob Zuma, not to mention the ongoing struggle to overcome the legacy of apartheid. Our shared experience in shoring up democratic governance and working to address legacies of racial inequality offers a unique opportunity to re-energize our relationship with South Africa and other countries on the continent.

Last year in Africa, electoral outcomes often did not reflect African aspirations. Such was the case in Guinea, Tanzania, Burundi, and elsewhere. Moreover, the 2020 Ibrahim Index on African Governance has found that the public perception of overall governance is at its lowest in over a decade, and the pace of deterioration has nearly doubled over the last five years.

In reality, democracy in Africa is a work in progress, as it is in the U.S. and everywhere, with some countries progressing better than others. While the Ibrahim Index notes a deterioration in the average African governance score over the last year, it also finds that overall governance performance has improved slightly over the last decade.

At the same time, Freedom House ranks only seven countries in the "Free" category—the smallest number since 1991—but the group of "Not Free" countries is also shrinking. The U.S. Millennium Challenge Corporation (MCC), which makes infrastructure investments based on a rigorous set of governance indicators, has initiated programs in 25 African countries. Only two programs have been terminated, Madagascar in 2005 and Mali in 2006, and one suspended, Tanzania in 2016.

Together, these comprehensive governance analyses suggest that the majority of African nations occupy the middle ground between democratic and non-democratic governments. The bottom line, however, is that democratic backsliding in Africa is a reality.

Enter Joe Biden, for whom democracy is a core value. Reflecting this belief early in his campaign for the presidency, Biden committed to convening a global "Summit for Democracy" during his first year in office. The relevance of this summit is greater than ever. Its goal will be to strengthen democratic institutions, forge a common agenda for making democracy meaningful for everyday lives, and ensure that institutions deliver, most immediately in the response to COVID-19.

This won't be simply a talk shop. Invited countries will be expected to arrive with a basket of commitments in three areas: (1) fighting corruption; (2) defending against authoritarianism; and (3) advancing human rights on the national, regional, and global levels. Civil society organizations that are on the frontlines of promoting democratic practices are expected to be involved in the summit. Private sector representatives will also be included, especially from technology and social media companies given their importance to the health of vital institutions and democratic norms.

The Biden commitment to democracy can deepen American partnerships with African governments. We can learn from the African experience while sharing the causes of the recent assault on the U.S. Capitol and what it means for the future of democracy in the United States.

A positive-sum approach to democratic governance would lay an effective groundwork on which to build dynamic commercial relationships; generate resources for mitigating the impacts of climate change; enhance the livelihoods of women, youth, and the poor; and strengthen efforts to broaden peace and security. Such an approach will present new challenges for the U.S. on a continent where democracy is backsliding.

As an action forcing mechanism, convening regular summits with African leaders, such as the U.S.-Africa Leaders Summit of 2014, would offer an opportunity to focus on the many common priorities, including advancing democracy, human rights, and good governance.

While the U.S. will not catch these numbers any time soon, there is another important role for the United States in its partnership with African governments. African leaders want to attract more American companies for their willingness to invest in human capital by transferring needed skills, and to train and advance their African employees. American companies also work to conform to global best practices in anti-corruption, labor practices, and the protection of the environment.

This is in stark contrast to the practices of most Chinese companies. The U.S. has also invested effectively in Africa's youth, although more needs to be done. Since the Young African Leaders Initiative (YALI) was established in 2014, nearly 5,000 of the region's best and brightest young men and women have received leadership training at American universities, and several hundred thousand young African leaders participate virtually in the YALI network.

The challenge for the Biden administration is to genuinely see Africa as a continent of opportunity. The new administration also needs to renew the U.S.-African relationship in a way that shares the full American experience in support of African aspirations for both democratic governance and greater prosperity.

Witney Schneidman is a senior international advisor for Africa at Covington & Burling LLP where he has been since 2012. At Covington, Schneidman works with international and African companies to mitigate risk, resolve disputes and help companies align their commercial objectives with the economic development objectives of African countries. He also works with a number of NGOs on a pro-bono basis who are seeking to enhance their activities on the continent.  Prior to joining Covington, for eleven years he was president of Schneidman & Associates International which did similar type of work.

How Biden Can 'Build Back Better' U.S. Africa Policy

Next Story
Tagged:
Copyright © 2021 The Brookings Institution. All rights reserved. Distributed by AllAfrica Global Media (allAfrica.com). To contact the copyright holder directly for corrections — or for permission to republish or make other authorized use of this material, click here.