Kenya Listed Among 50 Countries Where It's Hardest Being Christian 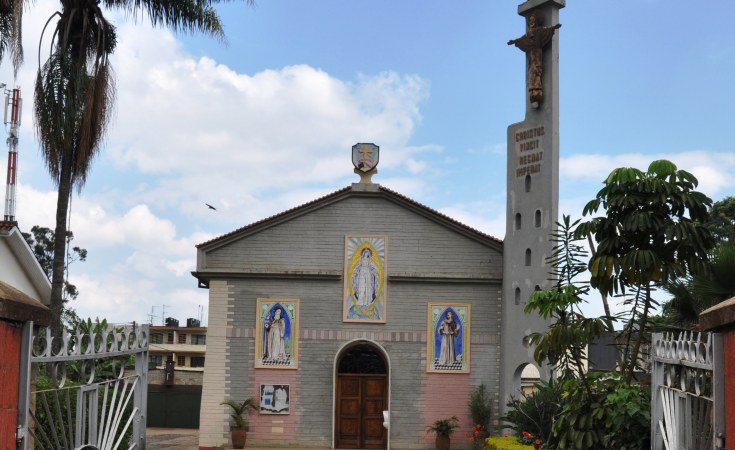 An organisation that tracks persecution of Christians worldwide has published its latest Top 50 list with four African countries among the places where it is hardest to practise the faith.

Kenya is listed at position 49 out of 50, leaving it one step from getting off the list published by US-based Christian organisation, Open Doors.

Kenya is the only East African country on the list.

The report says that although Christianity is the majority religion in Kenya, that has not stopped the spread of persecution. Particularly, Christians with a Muslim background in the northeast and coastal regions live under constant threat of attack -- even from their closest relatives.

"Our research revealed that Christians were attacked and forced to flee their villages, and Islamic extremist group al-Shabab has infiltrated the local population to monitor the activities of Christians in those areas.

For believers in some parts of Kenya, daily life is filled with pressure, especially in their private and social lives. And in some regions like the northeast, where al-Shabaab is a constant threat, church and community life are difficult and can also include the threat of violence," the report says.

This year's position is a marked improvement for Kenya because it was at position 44 in last year's rankings.

On Somalia, Open Doors says it is impossible to publicly admit one's Christian faith and "church life" is nonexistent.

"Islam is considered a crucial part of Somali identity, and if any Somali is suspected of having converted to Christianity, they are in great danger. Members of their family, clan or community will harass, intimidate or even kill them. Women may be raped and forcibly married off."

Christians are also in danger from al-Shabaab, a violent group that advocates Sharia (Islamic law) as the basis for regulating all aspects of life.

Christians from a Muslim background are considered a "high-value target" by al-Shabaab, who have often executed believers on the spot, when discovered.

DNation bodytext: But it is Nigeria which is a cause for alarm, according to the compilers of the list. The country where the militants Boko Haram seem to move with unfettered access in their murderous campaigns has ominously moved from position 12 last year to be among the top 10 -- at position nine.

More Christians are murdered for their faith in Nigeria than in any other country, the report says, citing violent attacks by Boko Haram, Hausa-Fulani militant herdsmen, ISWAP (an affiliate of the Islamic State) and other extremist groups that are common in the north and middle belt of the country, and are becoming more common farther south.

"In these attacks, Christians are often murdered or have their property and means of livelihood destroyed.

"Men and boys are particularly vulnerable to being killed. Women and children left behind are very vulnerable and living testimonies to the power of the attackers."

Perpetrators are seldom brought to justice. Christian women are often abducted and raped by these militant groups, and sometimes forced to marry Muslims.

Christians from a Muslim background face rejection by and pressure from their families.

Muhammadu Buhari's presidency (2015 onwards) has seen a sharp increase in attempts to force Islamisation on the country, including appointing Muslims to key government positions.

Many Christians who are driven out of their villages and away from their sources of livelihood are forced to become internally displaced persons (IDPs), often living in informal camps.

"Given the continuous occupation of their villages by Fulani militants, the lack of government support, the lack of proper education for their children and the high vulnerability of IDPs, these believers continue to suffer even after the brutality of the initial persecution," Open Doors says.

Christians from non-traditional denominations face the harshest persecution in Eritrea, both from the government and from the Eritrean Orthodox Church (EOC). The EOC is the only Christian denomination recognised by the government, and it is tightly controlled by those in power.

Christians can be arrested and imprisoned without trial. Many Christians are held in inhumane prisons because of their faith, and their loved ones often do not know where they are or even if they are still alive.

In June 2020, the UN reported there was no meaningful progress to address human-rights violations in Eritrea.

Other African countries on the list are Maldives, Sudan, Egypt, Mauritania, Algeria, Tunisia, Morocco and Mali. Burkina Faso, Central African Republic, Ethiopia, Democratic Republic of the Congo and Mozambique also make it to the list of shame.