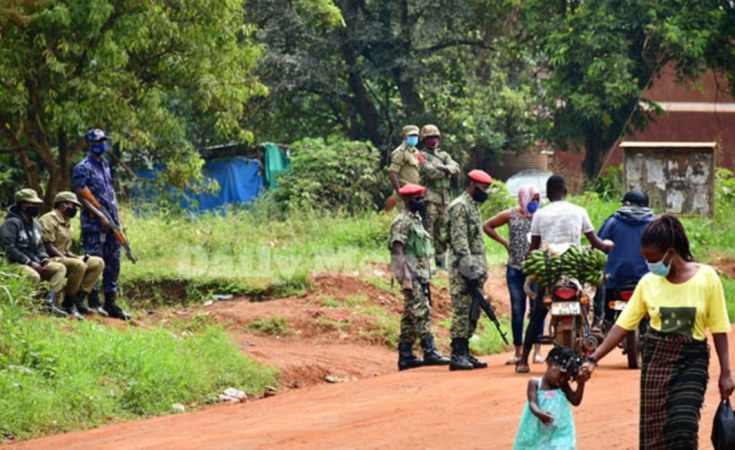 By last evening, police and the army were still deployed at the residence of former presidential candidate Robert Kyagulanyi, alias Bobi Wine, in Magere Village, Kasangati Town Council, Wakiso District, despite court earlier ordering them to leave his home immediately.

Instead, military and police deployments had been reinforced and checkpoints on the road to his residence had also been increased from two to four when Daily Monitor went to Magere at about 9:30am.

By 2pm when Daily Monitor left the area, there were four roadblocks manned by police and the army on Magere road off Gayaza-Kampala road.

Two cars carrying journalists were stopped at the second roadblock and ordered to go back. Many cars heading to or returning from Magere were thoroughly checked.

Mr Kyagulanyi told Daily Monitor by telephone last evening that his home was still under heavy deployment, hours after the court ordered security forces to leave.

"The situation at my place is still the same and police have not left. We know they are still waiting for the order from 'above' as they have always waited for Museveni to tell them [what to do]," he said.

After the court ruling yesterday, police spokesperson Fred Enanga said they would abide by the orders and vacate Mr Kyagulanyi's home.

Yesterday morning, the High Court ruled that Mr Kyagulanyi's continued confinement at his residence is illegal.

The runner up in the January 14 presidential elections has been under house arrest since voting day. Nobody is allowed to leave or enter the home.

Last week, Mr Kyagulanyi and his wife Barbara Itungo through their lawyers petitioned the High Court to declare the security siege illegal. In his ruling yesterday, Justice Michael Elubu said: "Having found, as I do, that the restrictions imposed on the applicant are unlawful, it is hereby ordered that they are lifted. Consequently, an order for the restoration of the personal liberty of the applicant is hereby issued," the judge added.

Costs of the suit

"The application states that Barbara Kyagulanyi Itungo (second applicant) is indeed restricted and prays for appropriate orders. The respondent (Attorney General/government) denies any such restrictions. In view of the above, this court hereby issues an order for the immediate restoration of Barbara Kyagulanyi Itungo's full personal liberty," the judge ruled.

The couple had sued the Attorney General, the Chief of Defence Forces (CDF) and the Inspector General of Police (IGP). In response in court, the director of police operations, Mr Edward Ochom, had argued that police was simply giving Mr Kyagulanyi "necessary protection."

He also argued that Mr Kyagulanyi organised processions and addressed gatherings, which could spread Covid-19. The State also claimed Mr Kyagulanyi was training NUP members to start riots and sustain an insurrection to remove government.

The judge observed that the above statements were an inadvertent admission that Mr Kyagulanyi's movements had indeed been restrained.

Justice Elubu also rejected the State's argument that Section 24 of the same Act empowers police to arrest any person they suspect is about to commit a crime. "It cannot properly be said that Section 24 would apply here as stated by the respondent (AG) in their submissions. Firstly, the 3rd respondent (police) states the applicant is not under arrest. Secondly, if he was, then he would have immediately been dispatched to a police station or produced before a magistrate," the judge observed

He said if indeed this was a preventive arrest, Mr Kyagulanyi would have been formally detained at a police station or produced before a magistrate.

In October 2011, Kasangati Magistrates' Court ordered security forces to vacate the residence of Dr Kizza Besigye, who had contested against President Museveni in the presidential election. The security forces had laid siege on Dr Besigye's home for a week. In 2016, Kasangati Grade One Magistrate Jessica Chemery also declared that his confinement at his home was unlawful.