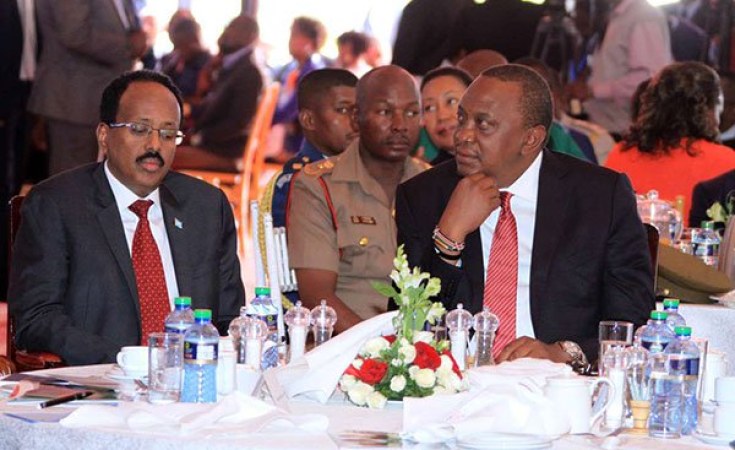 The African Union (AU) on Tuesday raised concern with the rising tensions at the common border between Kenya and Somalia, which saw sporadic violence in Bula-Hawo. It called for dialogue to deescalate tension.

The fighting arose between Somalia National Forces and regional Jubbaland fighters, which Somalia claims have been trained in Kenya.

At least nine people, including civilians, were killed on the Somali side where the battle occurred on Monday morning.

The AU Commission Chairperson Moussa Faki Mahamat called on both sides to deescalate tensions and use multilateral channels to voice their complaints.

"I'm following the tensions on the Kenya-Somalia border with concern, and urge the two neighbours to exercise restraint and engage in dialogue in conformity with the Igad-led process.

"Peace on the Kenya-Somalia border is vital to regional stability."

Mr Faki's comments came as Mogadishu insisted it had confirmed weapons from Kenya had been used in the fight, although it did not immediately provide evidence to the claims which Kenya rejected.

Kenya on Monday wrote to the African Union, raising security concerns after Somalia's federal and regional forces renewed fighting at Bula-Hawo in Gedo near Mandera County.

Nairobi said the fighting was likely to create a security crisis for Kenya especially as the two countries no longer have diplomatic relations.

"Kenya's primary concern is that the renewed fighting engenders large scale displacement of civilians inside Somalia and increasingly generate large numbers of refugees and asylum seekers to Kenya, therefore aggravating the already dire humanitarian situation in Somalia and in the refugee camps in Kenya," said a statement from the Ministry of Foreign Affairs.

"Kenya is concerned that if the fighting continues unabated, the situation could further destabilise the region, complicate the security situation and reverse the gains made in the fight against terrorism."

The fighting disrupted normal business on the Kenyan side in Mandera as schools and shops shut for fear of violence. Mandera Governor Ali Roba said some Kenyans were injured in the incident.

The two forces, the SNA and Jubbaland fighters, began their battle at about 1am Monday with the fight going on throughout the day.

Federal Government of Somalia (FGS) soldiers have been camping at Bula-Hawo town since March last year after they uprooted the Jubbaland forces loyal to the Abdirashid Hassan Abdinur alias Abdirashid Janan.

Mr Abdirashid Janan, a Jubbaland minister for security, is wanted by Mogadishu.

After being overpowered in March, Mr Janan and his army crossed into Kenya and hid in Mandera town.

He has been planning and skimming on recapturing Bula-Hawo.

The tensions between Kenya and Somalia saw Mogadishu cut diplomatic ties with Nairobi last December. But Kenya has rejected claims it interfered with Somalia's internal affairs.