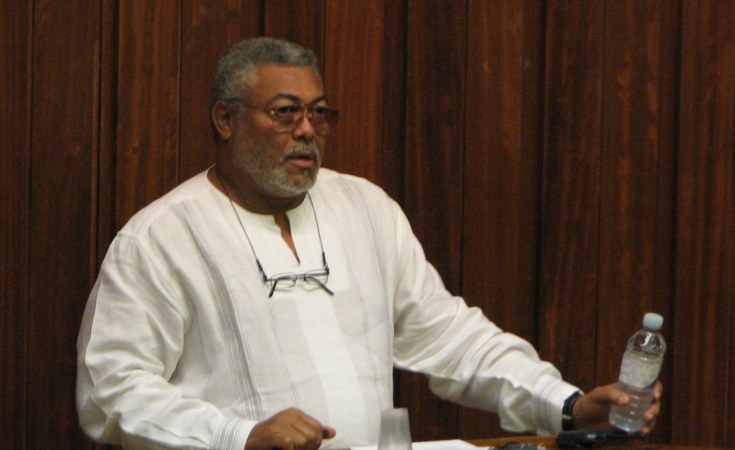 The mortal remains of the former President were laid in state in a glass to allow mourners to catch a glimpse of the long-serving President of Ghana while filing past.

Dr. Tony Aidoo, who served as Deputy Defence Minister in else while Provisional National Defence Council regime, told the media that ex-president Rawlings dedicated all his life to the betterment of his country.

"He is a man who lived, worked and died for Ghana. His values and principle were to better the lives of the citizens of this country."

How Former President Rawlings Pioneered Heritage Tourism - In His Own Words