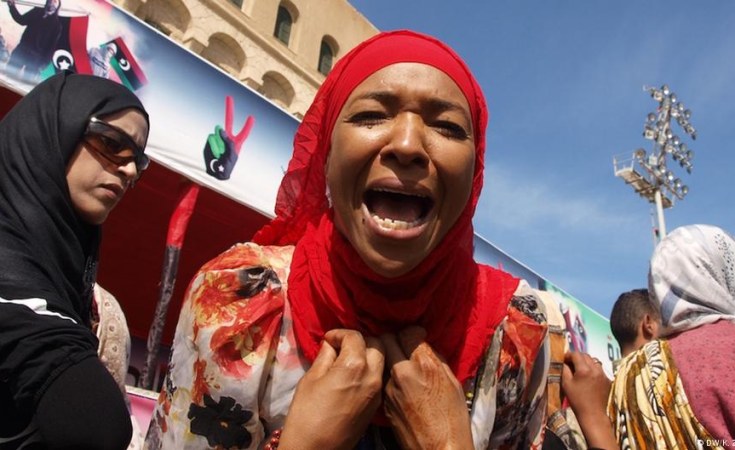 While the Arab Spring is not over, the moment of 2011 is.

When reflecting on the past 10 years, it's clear to see that the Arab Spring is far from over. The popular uprisings in Sudan, Algeria, Iraq and Lebanon over the last couple of years, coupled with ongoing political and socio-economic tensions across the region, show that no political equilibrium has been found. However, waiting for another 2011 moment, as if nothing has changed, would be a mistake.

The political upheavals of 10 years ago have brought about far-reaching transformations to both the political landscape, as well as to the determinants of popular mobilization. Calls for political reform will have to take these transformations into consideration if they are to achieve real change.

Waiting for another 2011 moment, as if nothing has changed, would be a mistake.

The 2011 uprisings have had three main consequences: fear of state collapse, increased social polarization and the increasing importance of socio-economic demands. Any strategy for political change must address these factors in order to be successful.

'Us or chaos' - fear of state collapse

Restoring state institutions in countries where such institutions have either collapsed or have become ineffective, and protecting the state from collapse in other cases, are now important factors that could either hinder or strengthen any project for political change.

In 2011, the protesters who took to the streets in Tunisia, Egypt, Libya, Syria and Yemen had little concern about the risk of state collapse. While regimes tried to use the 'us or chaos' discourse to deter the popular protests - as in the case of Hosni Mubarak in Egypt - most of the protesters did not believe this threat. However, due to the subsequent wars in Syria, Libya and Yemen, this discourse has been gaining strength. Any calls for political change must therefore reassure people about safeguarding the role of the state in delivering to its citizens while also making clear the difference between a state and a regime.

Addressing social polarization and strengthening citizen trust is important for mobilization. During the first wave of the Arab Spring in 2011, societies were less polarized - politically, religiously and ethnically - than they are today. Secular-Islamic dialogues in Egypt and Tunisia in the 2000s contributed to the 2011 moment where these two camps stood together against old regimes.

Religious and ethnic tensions have also risen in the region since 2011, which plays into the hands of ruling regimes who benefit from social divisions. In Syria, for example, the war has left deep wounds between the country's different religious and ethnic communities, such as tensions between Alawi-Sunni, Kurdish-Arab and Sunni-Christian communities. Such tensions reduce trust among citizens and make it harder to bring different communities together through mass mobilization or public action. Therefore, strategies must be put in place to restore social trust.

Any political project for change will need to address ongoing socio-economic grievances. In 2011, protesters made a clear link between political change and addressing socio-economic issues, believing that once authoritarian regimes were brought down, such problems would vanish. This belief no longer exists. Not only have socio-economic problems not gone away but in many cases they have worsened. Today, some people even claim that their socio-economic situation was better under the old regimes.

Even in Tunisia - the only case of successful democratic transition in the first wave of the Arab Spring - protests have continued, seeing more than 9,000 instances of social protest in 2019. Over the past 10 years, the country has seen multiple demonstrations about employment access, service provision, land and water access, and pollution, mainly in its interior regions.

There have even been protests in Sidi Bouzid, where the self-immolation of Mohammed Bouazizi sparked the wave of protests that came to be known as the Arab Spring. The link between political reforms and improvements to socio-economic conditions cannot be ignored if any project for political change is going to have widespread public appeal.

The enduring appeal of democracy

With the exception of Tunisia, the fact that the Arab Spring countries have failed to successfully transition to a democratic system is not unusual. In fact, few countries have achieved democracy by strictly linear and incremental means. Over the past two centuries, many countries have taken significant steps towards democracy only to then de-democratize, at least temporarily.

Support for democracy is a fundamental aspect of the Arab Spring - and it is still present. Despite the mostly negative experience of the last 10 years, the fifth survey of the Arab Barometer has shown that 78 per cent of Tunisians, 74 per cent of Libyans, 70 per cent of Egyptians and 51 per cent of Yemenis still believe that although democratic systems are not perfect, they are the best option.

While the Arab Spring is not over, the moment of 2011 is. As beautiful as it might have been, it would be a mistake for political actors in the region to remain stuck in that moment. The political landscape and determinants of popular mobilization have radically changed since then, changes that must be thoroughly analyzed and addressed in both discourse and action. Failing to do so will only hold back the Arab Spring from finishing what was started 10 years ago.