Nigeria: Role of Force Protection in Dynamics of Military Operations 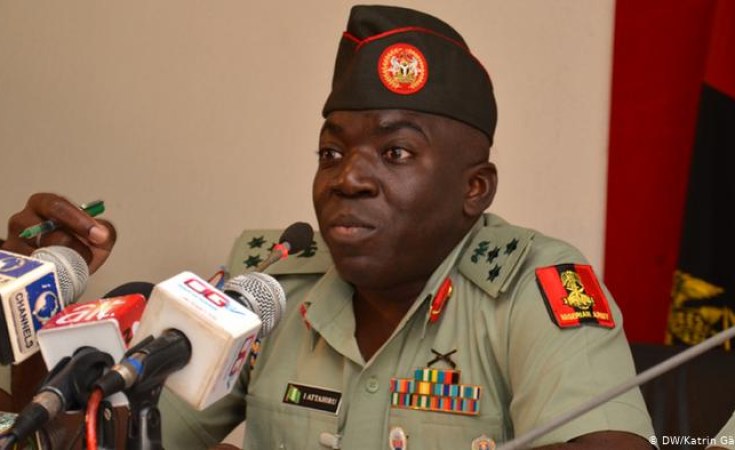 Katrin Gänsler/Deutsche Welle
General Ibrahim Attahiru has been appointed chief of the Nigerian Army.
This Day (Lagos)
By Chiemelie Ezeobi

The role of force protection in military operations cannot be overemphasised. Recently, in furtherance of its continued efforts at developing the capacity of its personnel to tackle various security challenges, the Nigerian Air Force graduated 676 additional regiment personnel trained in force protection in complex air-ground complexities.

In line with the ever-changing complexities of military operations, the Nigerian Air Force (NAF) established the Special Forces (SF) unit. Their task was explicit- they are to undertake covert, counter insurgency and unconventional warfare, thus bridging the gap between air power projections and force protection.

Over the years, this unit has blossomed in strength and training. The resultant effect is its capability in conducting specialised operations.

Last week, the unit received a boost with the addition of fresh graduands- 676 Regiment personnel, comprising three officers and 673 airmen/airwomen. During the training, the students were exposed to both theoretical and practical training in weapon handling and marksmanship, live shooting at the range, contemporary field tactics as well as force protection skills for guarding critical assets.

According to NAF Director of Public Relations and Information (DOPRI), Air Vice Marshal Ibikunle Daramola, apart from the 40 Senior Non Commissioned Officers (SNCOs) that graduated from the RSM's Course, all the other 637 personnel were trained in Force Protection in Complex Air and Ground Environment (FPCAGE). Significantly, the FPCAGE Course, which was hitherto conducted by the British Military Advisory Training Team (BMATT), was, for the first time in the history of the Centre, conducted by the RTC's NAF instructors, having built capacity over the past five years under BMATT guidance.

Speaking at the graduation ceremony, the Chief of the Air Staff (CAS), Air Marshal Sadique Abubakar, reiterated that the human being is the most important resource in any system or endeavour. He noted however that no human being can give their best without being properly trained. He added that it would be irresponsible for any leader to give tasks to any individual or group without adequately equipping them with the required knowledge and skills to be effective in the execution of those tasks.

He emphasised that it is only when leadership ensures that personnel have sufficient capacity and are properly equipped with requisite knowledge and skills as well as the necessary tools that it would have the moral courage to hold them accountable in the event of failure or any lapses. He highlighted that this has been the rationale behind the robust capacity building initiatives embarked upon under his leadership since 2015.

As a result of this drive, the CAS noted, an unprecedented 152 new pilots had been trained, while 20 others were expected to receive their pilot wings in the coming months. He disclosed that over 1,000 aircraft engineers and technicians had similarly been trained while over 200 NAF personnel were undergoing training in nine different countries across the globe. This, he said, was aside the thousands of others undergoing various training courses within the country.

In specific reference to the building of capacity of Regiment personnel, Air Marshal Abubakar observed that the objective has always been to ensure that the service has sufficient inherent capacity to protect its air assets and bases as well as its air and ground crews so that the service is, in turn, able to effectively and efficiently project air power. According to him, "you must 'force protect' in order to be able to effectively 'force project".

Speaking further, Air Marshal Abubakar stated that the NAF has relentlessly pursued the improvement of force protection capabilities amidst the increasing complex nature of contemporary threats. This, the CAS said, had necessitated the drive for massive recruitment and training of Regiment personnel to complement NAF air operations across various theatres. He noted that the trainings and subsequent deployments of force protection elements have contributed to bridging the gaps in the protection of NAF critical assets and bases.

"It is reassuring to note that the monumental investments by the Federal Government of Nigeria in the acquisition of new platforms and other critical infrastructure are now better secured than they were in the past", he said. The CAS further noted that, as part of the move by the service towards the continued expansion of the NAF Regiment Structure, the current NAF Administration recently restructured the 407 Air Combat Training Group, Kainji and established the 41 Force Protection Wing in Kainji. The wing, he said, is to serve as a dedicated unit to ensure credible force protection and base defence for units in the Kainji Base, which has been expanded with the planned induction of the A-29 Super Tucano aircraft in mind.

The CAS disclosed that 65 Regiment personnel, made up of 20 officers and 45 airmen, have been nominated to attend various specialised Regiment courses in Egypt to further improve the capacity and quality of NAF Regiment personnel. "I want to assure you all that plans are in place to train more Regiment personnel overseas to sustain capacity development in the Regiment Specialty", he said.

He further revealed that the NAF would reinvigorate capabilities that had hitherto declined whilst also developing new capabilities for the changing security environment as well as adopting processes to reflect the broad range of security requirements. He added that the service would equally continue to invest in capacity building initiatives aimed at generating combat forces not only capable of securing NAF bases against all forms of hostile elements but also poised for effective, efficient and swift response to national security challenges.

He noted the the evidence of the effectiveness of the NAF Regiment and Special Forces was in their creditable performance in contributing to the return of normalcy in areas where they are deployed including Agatu in Benue State, Gembu in Taraba State, Gusau in Zamfara State and Birnin Gwari in Kaduna State.

While congratulating the graduands, Air Marshal Abubakar charged them to imbibe the attributes of the military profession which include loyalty, discipline, honesty, intelligence, physical fitness, motivation, accountability, teamwork and decisiveness, amongst others. He reminded them that they would be operating at a time when the nation is facing numerous security challenges and must therefore be disciplined and vigilant while protecting all Nigerians, irrespective of their political ideology, ethnic background or religious inclination.

In his words, "You will be operating at a time when our nation is facing numerous security challenges. You must therefore be a strong bulwark, disciplined and vigilant. It is also important that you guard your utterances and conduct at all times, and not allow yourselves to be used by 'disgruntled and criminal elements' in the society. Furthermore, you must always submit yourselves to civil authority and protect our democracy.

" Most importantly, the safety and security of our precious people and communities must remain our primary priority. In addition, you must avoid any act capable of denting the image of the NAF. Always remember that your duty is to protect all Nigerians irrespective of their political inclination, ethnic background or religious inclination. I am confident that with our continued commitment and sustained effort, we shall overcome every threat to the peace, stability and security of our dear country, Nigeria".

The CAS expressed his appreciation to the Commander-in-Chief of the Armed Forces, President Muhammadu Buhari, for his unwavering and relentless support to the NAF. He also commended the Air Officer Commanding, Ground Training Command (AOC GTC), Air Vice Marshal Idi Amin, as well as the Commandant RTC, Group Captain Daniel Komo, and his staff for conducting the training effectively, despite the challenges posed by the COVID-19 Pandemic, which hinders human activities and operations.

While appreciating the Chief of Training and Operations, AOC Air Training Command (AOC ATC), Directors and other staff officers, the CAS implored them not to relent, while assuring them of his continued support to sustain the various capacity building initiatives.

Earlier in his welcome address, the AOC GTC, AVM Amin, stated that, in order to meet the expectations of the NAF Headquarters, the curriculum of RTC was restructured to ensure that the training of personnel meets the ever-changing complexities of military operations. He said the students were accordingly exposed to both theoretical and practical training in weapon handling and marksmanship, live shooting at the range, contemporary field tactics as well as force protection skills for guarding critical assets.

The objective of these trips, he said, was to foster inter-service cooperation and compare notes on training tactics and methods. The AOC therefore expressed his appreciation and profound gratitude to the CAS for his unwavering support and timely approval of the centre's training needs. This, he said, undoubtedly improved the morale of the instructors and enhanced the smooth conduct of training in RTC.

Highlights of the graduation ceremony included the conferment of certificates on the graduating students as well as the presentation of awards to students who excelled in the various courses. Also present at the ceremony were Branch Chiefs from Headquarters NAF as well as Commandants and Commanders of tri-Service and NAF Formations in Kaduna. Before departing Kaduna, the CAS inspected some ongoing projects at the RTC Training Area. 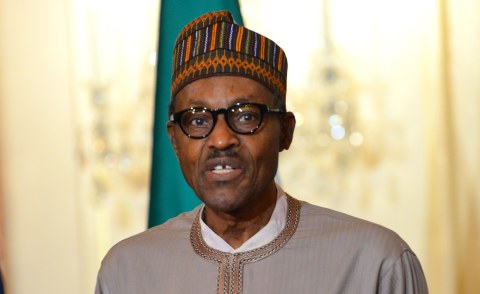 Civil Society Coalition Wants Buhari to Resign or Be Impeached
Tagged:
Copyright © 2021 This Day. All rights reserved. Distributed by AllAfrica Global Media (allAfrica.com). To contact the copyright holder directly for corrections — or for permission to republish or make other authorized use of this material, click here.