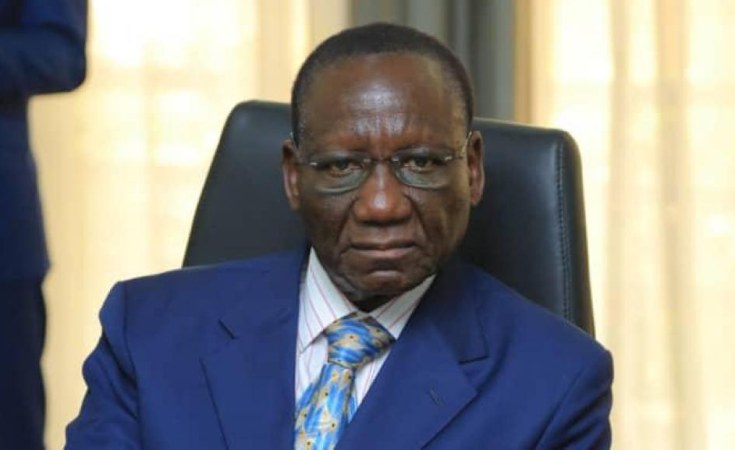 President Felix Tshisekedi is seeking to oust supporters of former President Joseph Kabila in an attempt to consolidate power. Prime Minister Illunkamba denounced the vote; an ally said that he would not resign.

Sylvestre Ilunga Ilunkamba, the prime minister of the Democratic Republic of Congo (DR Congo) was ousted in a parliamentary vote of no confidence on Wednesday. It's the latest chapter in a growing rift between the country's current president, Felix Tshisekedi, and allies of his predecessor, Joseph Kabila.

The National Assembly of DR Congo approved a motion of censure against Ilunkamba with a thumping 367-7 majority, albeit with more than 100 abstentions. The prime minister now has 24 hours to step down from the role.

The prime minister called the motion of censure "a political maneuver with no basis in fact, flouting the requirements of the state of law."

Ilunkamba and other pro-Kabila supporters boycotted the vote in the Kinshasa parliament, arguing that an interim speaker of parliament didn't have constitutional authority to pass a no-confidence motion.

Tshisekedi has been president of the mineral-rich DR Congo since he won the 2018 election. He succeeded Kabila in the country's first peaceful transition of power since gaining independence from Belgium in 1960.

Despite winning the presidential vote, he is reliant on blocs aligned with Kabila in parliament.

Tshisekedi's supporters say the coalition government between his parliamentary alliance, Heading for Change (CACH), and the Common Front for Congo (FCC), which is composed of parties and politicians loyal to ex-President Joseph Kabila, had straitjacketed his leadership. He appointed Ilunga as prime minister some six months after his election following protracted talks on a Cabinet with the FCC.

Tshisekedi announced in December 2020 that he was putting an end to the coalition and forming a new political alliance, the "Sacred Union."

Since then, Tshisekedi has been cracking down on pro-Kabila supporters in an attempt to strengthen his power. On Wednesday, Pastor Daniel Ngoy Mulunda, an ally of Kabila, was sentenced to three years in jail for "endangering state security, inciting tribal hatred and spreading false rumors."

Previous Story
Next Story
What's Next for President Felix Tshisekedi Without Joseph Kabila?

What's Next for President Felix Tshisekedi Without Joseph Kabila?

New Prime Minister, New Era for DR Congo?
Tagged:
Copyright © 2021 Deutsche Welle. All rights reserved. Distributed by AllAfrica Global Media (allAfrica.com). To contact the copyright holder directly for corrections — or for permission to republish or make other authorized use of this material, click here.