Africa: Evidence Must Guide Terrorism Prevention in Benin and Togo 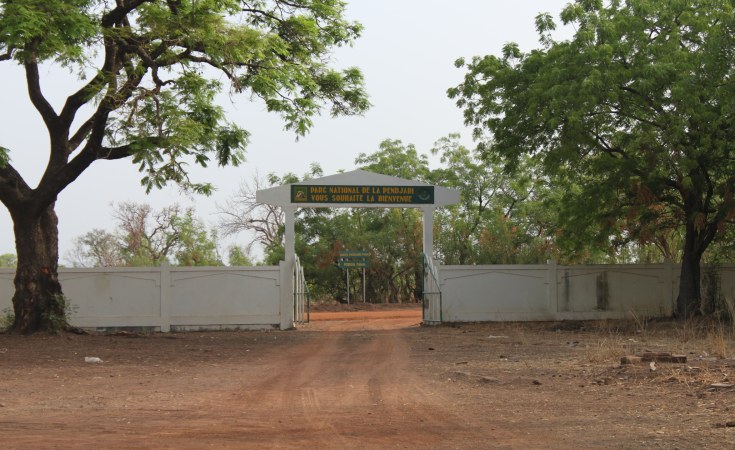 Fawaz.tairou/Wikimedia Commons
The gateway to the Pendjari National Park, in the north-west of Benin. In May 2019, two French tourists and their local guide were kidnapped in the park.
Institute for Security Studies (Tshwane/Pretoria)
analysis By William Assanvo, Ella Jeannine Abatan and Michaël Matongbada

Since 2016, terrorism has become a serious threat in Benin and Togo. Violent extremist groups continue to carry out attacks close to the northern borders that these countries share with Burkina Faso and Niger, or in their territories.

Examples include the 9 February 2020 attack on a Benin police station in Kérémou, in the commune of Banikoara, near the Burkina Faso border, and the kidnapping in May 2019 of two French tourists and their local guide from Benin's Pendjari Park.

Among civil society and the media in both countries, the understanding about what causes and drives violent extremism in Benin and Togo is limited and shaped by preconceived ideas that aren't based on evidence. Knowledge about those involved in terrorism - their objectives, strategies and what motivates or leads individuals to associate with violent extremist groups - is also poor.

This partial understanding is reflected in the design of projects to prevent violent extremism that civil society and media actors are implementing in both countries. Many of these initiatives fail to address the root causes and factors that make both countries vulnerable to terrorism, and don't always build the resilience of local communities.

Civil society actors are in direct contact with ordinary people and often have a thorough knowledge of their environments. To benefit from this, their contribution to efforts to prevent and counter violent extremism in Benin and Togo should be strengthened.

In both countries, terrorism is widely perceived as an external threat. Their vulnerability is mainly blamed on their proximity to Burkina Faso, Niger and Nigeria, which for years have recorded attacks attributed to or claimed by violent extremist groups.

Religion is also thought to be a driver for violent extremism - probably because extremists frequently refer to it in their messages and recruitment strategies. Civil society actors and the media are then led to believe that Islam is what identifies, mobilises and drives extremists. The proliferation of mosques and Koranic schools in the northern regions of Benin and Togo is seen as a harbinger of violent extremism.

Pastoralists who are on the move with their livestock, and herdsmen belonging to the Fula community, are largely perceived as being connected to extremists, or being extremists themselves. They are believed to provide opportunities for violent extremist infiltration into coastal states. Socio-economic conditions, including poverty and unemployment, are also widely seen as contributing to the emergence of terrorism in northern Benin and Togo.

Much of this was discussed at a 2020 workshop in Benin and Togo organised for civil society and the media by the Institute for Security Studies and the national chapters of the West Africa Network for Peacebuilding.

Another challenge is that civil society and media actors are often unaware of government institutions at a national level that are tasked with preventing violent extremism. Examples include Togo's Inter-Ministerial Committee for the Prevention and Fight against Violent Extremism (CIPLEV), and Benin's High Level Committee for the Fight against Terrorism and Insecurity at Borders (CLTIF) and the unit charged with implementing its strategy.

Civil society involvement in these committees is different across the two countries. In Benin, the CLTIF is state-led and composed exclusively of government officials from the defence and security sectors. In Togo, CIPLEV includes two representatives from civil society and three from religious denominations - Catholic, Protestant and Muslim.

Civil society is also part of CIPLEV's local committees. Members represent organisations working with women, youth, disabled people and religious groups. However, the extent to which the designated civil society actors represent their constituencies is often questioned - as is their real contribution to the counter-terrorism committees.

Except for one representative on CIPLEV's prefectural committees in Togo, the media are not represented in government-led mechanisms for countering and preventing violent extremism. Their contribution, particularly through investigative journalism, awareness-raising and facilitating debates on the phenomenon, remains under-exploited.

Despite the importance of the media and especially radio in disseminating information and opinion, particularly in remote areas, it has so far only been used to publicise government efforts against terrorism.

The involvement of civil society must go beyond simply appointing representatives to committees. Civil society leaders should be at the heart of the design and implementation of action plans - as close as possible to affected communities - and should help monitor and evaluate the projects.

Active contributions by civil society and the media can ensure better outreach and implementation of government initiatives. To deliver, however, they need training to better understand violent extremism, its nature, who is involved, what fuels it and what makes communities and countries vulnerable. This capacity building should include information on government responses and structures set up to prevent and counter violent extremism.

This article was produced with the support of the Open Society Initiative for West Africa (OSIWA), the Denmark Ministry of Foreign Affairs and the International Development Research Center (IDRC).