Africa: Hip Hop and Pan Africanism - From Blitz the Ambassador to Beyoncé 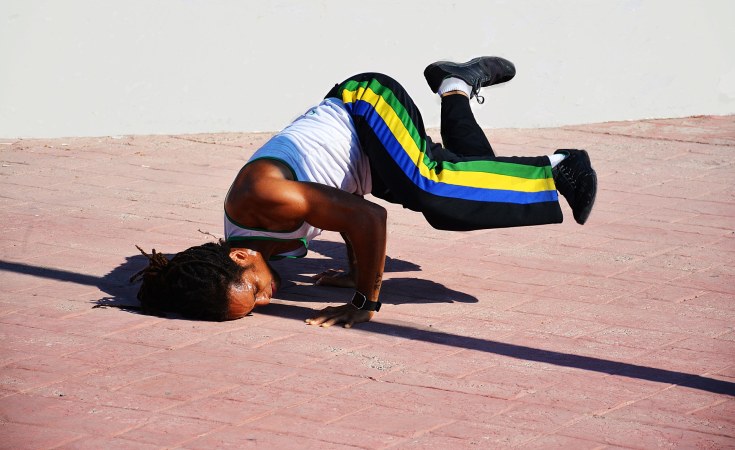 Hip hop is many things. Most recently is has become more of commodity, a commercial venture, but it has always been and remains a global culture that represents local realities. It speaks about where one is from - through rap lyrics, DJing, graffiti or breakdancing - by incorporating local slang, references, neighbourhood tales, sounds and styles.

Hip hop emerged in the 1970s in the South Bronx, in New York City in the US, among young, working class African Americans as well as Caribbean and Latino immigrants.

Hip hop culture's connection to African musical and social traditions would be well documented, including in my book Hip Hop in Africa: Prophets of the City and Dustyfoot Philosophers.

In its roots and manifestations, I argue, hip hop has also proven to be a powerful vehicle for spreading and shaping Pan Africanism.

My work has focused on hip hop as a soundtrack for the transnationalisation - the spreading beyond national borders - of African communities and identities.

One artist whose work is both an articulation of these transnational trends and of an advancing Pan Africanism is Ghanaian-born, New York-based hip hop star Blitz the Ambassador.

We see this throughout his entire catalogue, from songs like Emmet Still and Sankofa on his 2005 album Double Consciousness to Hello Africa on his 2016 release Diasporadical.

In Hello Africa he raps:

Just touched down, Ecowas passport. Internationally known, I give 'em what they ask for. From Accra city all the way outta Marrakech...

He proceeds to take us on a journey across Africa in a way that acknowledges his identity as an African belonging to the continent, and also his transnational relationship with the continent. He throws in different languages - Arabic, Swahili, Kinyarwanda, Wolof - as he moves through different cities.

Pan Africanism is not a new idea, or movement. Its roots are pre-colonial. There continues to be serious investment in a Pan African agenda set by intellectuals like Kwame Nkrumah of Ghana, Julius Nyerere of Tanzania, C.L.R. James of Trinidad and W.E.B. DuBois of the US.

While we see growth in hip hop's Pan African voice through artists like Blitz the Ambassador, we do also see movement away from a United States of Africa under a socialist state as a primary goal of Pan Africanists. What then are some of the primary objectives of Pan Africanism today? African music, especially hip hop, has always given us clues.

Hip hop is an important catalyst for Pan Africanism today. We are seeing a major cultural shift through collaborations between African and African diaspora artists, as well as the inclusion of Pan African elements in their music.

Some of these songs are significant in bringing together artists known for making social statements, such as Opps (2018) with Vince Staples (US) and Yugen Blakrok (South Africa) for the Black Panther soundtrack. There are many more, like the remix to Times Up (2020) with Sampa the Great and Junglepussy.

Australian-born Zambian hip hop artist Sampa The Great's The Return (2019) was an important album that received much praise. From it, the songs Final Form and Energy are representations of hip hop's Pan African voice.

In the songs' music videos, for example, we see dance styles found in diaspora and African communities. We see facial paint designs like those seen in South Africa and masks like those found in Mali. In Energy she features British-Sierra Leonean artist Nadeem Din-Gabisi performing poetry in Pidgin English.

We've seen important collaborations between hip hop artists across Africa and in the diaspora that go back to the early 1990s. But we see an increase after 2010. When African artists started using social media and file sharing they were able to increase their collaborations.

And the growing presence of Africans in important positions in the US entertainment industry has meant these collaborations are beginning to happen in more mainstream platforms.

Two big budget projects that have attracted significant attention are the US film Black Panther (2018) and US pop star Beyoncé's Black is King visual album (2020).

There are many important criticisms of these projects. Major labels prefer proven (profitable) formulas over artist innovation. There is a tendency towards a homogenisation - a lumping together - of Africa and a marginalisation of African artists' voices.

Songs like Final Form and Hello Africa are celebrations of Blackness, in global spaces. This Pan Africanism is recognition that African peoples are transnational and multicultural. It is an understanding that African peoples must stand together. It is also a call to understand and respect the differences in our struggles and to resist the temptation of imposing "universal" models of liberation. Pan Africanism is also feminist, anti-homophobic and anti-imperialist.

The importance of African music and hip hop is that it also clues us in on what is going on with Pan Africanism. Pan Africanism is not a movement that faded away or only lives on among a small minority. It is dynamic, and has adjusted to new realities. 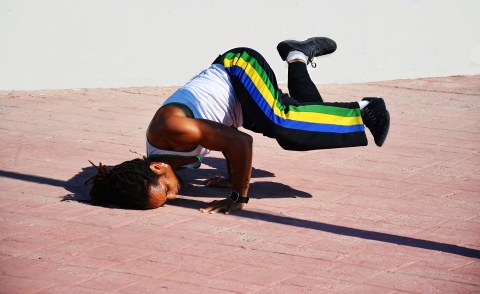 Hip Hop and Pan Africanism - From Blitz the Ambassador to Beyonce
Tagged:
Copyright © 2021 The Conversation Africa. All rights reserved. Distributed by AllAfrica Global Media (allAfrica.com). To contact the copyright holder directly for corrections — or for permission to republish or make other authorized use of this material, click here.