West Africa: A Course Correction for the Sahel Stabilisation Strategy 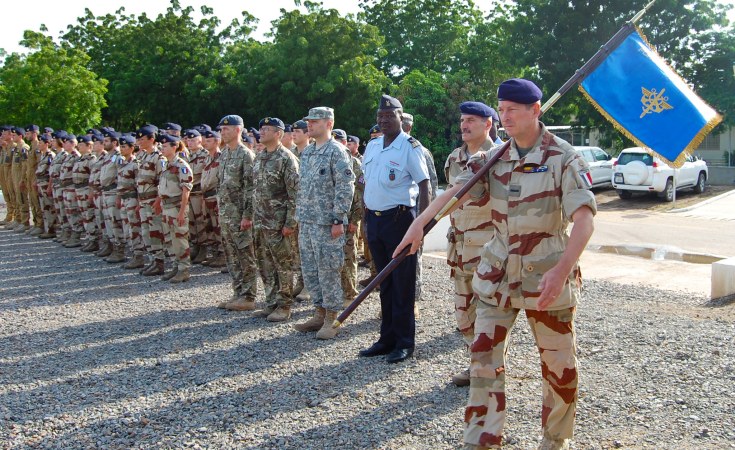 Dakar/Brussels — Since 2013, when it sent troops to Mali, France has led international efforts to root out Islamist militancy from the Sahel.

What's new? Key international backers of French-led Sahel stabilisation efforts, including some French officials, are disappointed with the results of the military-heavy approach developed primarily by Paris and are looking for alternatives. COVID-19 has hobbled international efforts to accelerate and expand stabilisation operations in the Sahel.

Why does it matter? The current approach has not stemmed the Sahel's security crisis, which continues to expand into new areas. Meanwhile, popular frustration with Sahelian governments is growing, as exemplified by the unrest that led to the August coup in Mali.

What should be done? France and its allies should prioritise addressing the region's governance crisis: encouraging Sahelian states to engage in dialogue with not only rural dwellers but potentially also militants; provide social services; and adopt fiscal reforms. Military operations are important but should be at the service of such an approach.

The Sahel stabilisation strategy, led by France, is foundering amid a rise in communal killings and jihadist militancy as well as eroding public confidence in the region's governments. The strategy is intended to calm the region with wide-ranging investment in security, development and governance, but for the most part, it has fallen short on such promises. Instead, it increasingly centres on French operations aimed at jihadists' military defeat. COVID-19 has aggravated this tendency, crimping UN peacekeepers' operations in Mali, the EU's training of Sahelian security forces and development activities. Some of France's allies express disquiet, especially after Mali's August 2020 coup. Paris and its partners should reorient their approach to one rooted in efforts to prioritise governance, notably by soothing the escalating tensions among communities and between communities and the state in rural areas, which jihadists exploit, and by improving governments' delivery of basic services to citizens. Outside actors should also create incentives for Sahelian governments to reform, notably by tightening public finances.

Seven years after French forces deployed to the Sahel to battle jihadists in Mali, the region faces a profound crisis. France's early operations in 2013 played a critical role, halting the jihadist advance toward the country's centre that had captured much of northern Mali and driving fighters out of northern towns. Since then, however, militants have swept from the north into the centre and across borders into south-western Niger and northern and eastern Burkina Faso. The al-Qaeda affiliate Jama'at Nusrat al-Islam wal-Muslimin (JNIM) and the Islamic State's local branch have profited from frictions within and among rural communities in these areas, recruiting angry locals to expand operations. Jihadist attacks have increased fivefold since 2016 and inter-ethnic violence has ballooned. The January 2021 killings of more than 100 civilians in Niger's northern Tillabery show the devastating consequences for rural dwellers. Despite a strong push by France, its partners and Sahelian states to hold battlegrounds and recover lost territory, militants continue to entrench in several rural hotspots as they seek to expand southward.

The COVID-19 pandemic and Mali's coup have brought further challenges. Despite the pandemic, military campaigns led by France's anti-jihadist Operation Barkhane have continued apace. But the UN's mission in Mali has had to curb its activities while EU support missions for Malian and Nigerien security forces have put theirs on hold. The pandemic has also affected development budgets, which have been partly repackaged around COVID-19 aid for 2020-2021. International efforts have accordingly become even more heavily weighted toward military operations. Meanwhile, the coup in Mali was a stark illustration of the eroding popular trust in governments across the region. The mass protests that triggered the coup were sparked by indignation at voting irregularities but were sustained by exasperation simmering on Bamako's streets with corruption and the state's failure to check rampant insecurity. Similar discontent is evident in Burkina Faso and Niger.

Thus far, these events have prompted little change in the international approach. Military operations by Barkhane, often together with Sahelian security forces and in some cases local militias, aim to keep jihadists at bay, recapturing and holding areas they seize. In principle, such campaigns should create space for the return of state authority and officials to rural areas. The UN's stabilisation mission also supports the state's return and aims to protect civilians, among other things. The EU's missions and operations build the capacity of the Sahel's security forces to eventually take over. Development projects aim to help governments win over residents of insurgency-affected areas. In January 2020, at the Pau summit, France and Sahelian states largely doubled down on the approach and have since stepped up military operations.

Yet spiralling violence in rural areas and mounting public anger at the region's governments cast an ever-longer shadow over this strategy. Military operations clearly must be part of the picture. Recently, they have achieved some tactical gains, notably killing jihadist leaders. Yet Sahelian security forces and local militias appear to be committing more abuses against civilians, driving more recruits into jihadists' arms. Heavier military operations, particularly those relying on local militias, can also fuel the communal violence from which the militants profit. Reinforcing state authority has primarily taken the form of capacity building and infrastructure projects. The strategy neglects what are arguably more important efforts to calm local disputes and convince rural dwellers of the state's good-will. Supposedly "quick-impact" development projects too often prove ineffective in areas where insecurity reigns or citizens distrust the state. Officials in Brussels and other European capitals increasingly voice doubts about the present approach.

Shifting tack requires changing the narrative underpinning the international strategy from one highlighting insecurity to one centred on a crisis of governance. The governance crisis that lies at the root of the Sahel's problems is prompting growing hostility toward governments, whether expressed in rural insurgency or urban protest. A new approach, flowing from that new narrative, would not entail throwing out the current multidimensional strategy but reordering priorities. It would emphasise, first, local dialogue as a means of presaging the state's return to rural areas, and, secondly, wider governance reform. Outside actors should encourage states to step up efforts to broker truces between warring local factions and calm disputes among and within communities and between them and state actors. They should also give greater priority to government service provision, notably health care and education, including in areas where security forces are not yet deployed. They should encourage Sahelian states to improve public-sector financial management, potentially by conditioning some funds on reform.

Military operations, while still key, should be at the service of this strategy. In some places, Sahelian states and their external partners might use military pressure to confront jihadists or keep them from capturing new areas. Elsewhere, they might press the pause button to allow civil authorities to initiate local peacemaking efforts, potentially even with insurgent leaders. For their part, Sahelian states must prevent abuses by security forces and their non-state allies. They could also assume responsibility for activities of benefit to the locals, such as recovering stolen livestock. These would complement efforts to win over rural populations in insurgency-affected areas, who often perceive the state as more devoted to repression and helping Westerners get rid of jihadists than to providing basic services.

READ: A Course Correction for the Sahel Stabilisation Strategy

Tagged:
Copyright © 2021 International Crisis Group. All rights reserved. Distributed by AllAfrica Global Media (allAfrica.com). To contact the copyright holder directly for corrections — or for permission to republish or make other authorized use of this material, click here.