Uganda: Museveni to Give Date of Schools Reopening Tomorrow 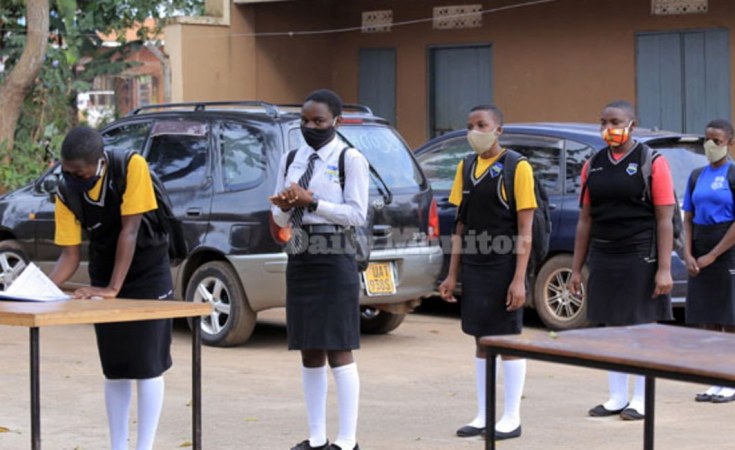 President Museveni will tomorrow officially announce when or whether schools should fully or partially reopen for more classes in addition to the candidates.

This follows a Cabinet meeting yesterday which looked at various options both the scientists and Ministry of Education officials submitted after they failed to agree on permitting all learners back to school this term.

While education technocrats had proposed that all learners return to school, scientists under the national Covid-19 taskforce said it was risky at the moment and appealed that they wait until they have been vaccinated.

"Wait for the announcement on Wednesday," he said, adding that President Museveni would clear the air on the matter.

But teachers under their umbrella, Uganda National Teachers' Union yesterday said their earlier discussions with scientists was not achievable with the latter insisting on waiting for vaccines to reduce coronavirus transmission among learners.

"President Museveni is obsessed with scientists. Can they vaccinate all children in school? They have failed to test them. How can they afford vaccinating them? They should now start reopening schools even if it's to add on few classes. You can't reopen markets, arcades, public transport, churches and keep schools closed. The children are everywhere. What are we shielding them from?" Mr Filbert Baguma, the Unatu general secretary, asked.

The Ministry of Health earlier said they expect first batch of vaccine between May and June.

They have budgeted for only nine million people with priority on frontline health workers, elderly and those with underlying health conditions.

Education statistics show that more than 15 million learners were sent home in March last year following the coronavirus out break.

Candidate classes have since been allowed to report back and the date of the other classes remains unclear until tomorrow when the President announces government plan.

Already, the Ministry of Health has reported a decline in Covid-19 cases last month contrary to earlier projections because of the election season.

But Dr Monica Musenero, the lead epidimeologist, said they should not take the country's strides in the fight against the scourge lightly because they have had to take stringent measures which they would not want to lose at the last minute.

She cited how they blocked campaigns in some districts because of high Covid-19 cases that were being reported and how these cases could be because of that.

Dr Monica Musenero, the lead epidimiologist, said it isn't wise to take chances without precautions because the virus has shifted to rural areas. "November and December were very bad months. We run out of hospital space. The doctors were now in a very desperate situation. Who should I take off oxygen because one has to die. That is why we had to take drastic decision. At the moment, we can't tell. We have seen a reduction in Covid-19 numbers through January but the testing could also be low," Dr Musenero said on Sunday.

In a follow-up interview yesterday, she said: "The President will announce on Wednesday and tell you everything we have agreed on."

Previous Story
Cabinet Okays Schools to Reopen for P6, S3 and S5
Next Story
Govt Yet to Agree On School Reopening

Cabinet Okays Schools to Reopen for P6, S3 and S5

Govt Yet to Agree On School Reopening

Uganda Govt Faces Some Hurdles in Plan to Reopen Schools
Tagged:
Copyright © 2021 The Monitor. All rights reserved. Distributed by AllAfrica Global Media (allAfrica.com). To contact the copyright holder directly for corrections — or for permission to republish or make other authorized use of this material, click here.