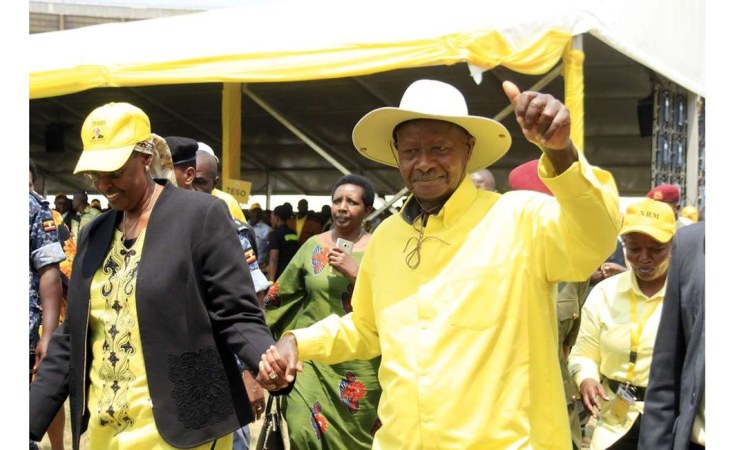 President Museveni has urged Ugandans to move on following one of the most violent election season in the country's history in which he was declared winner as he plans to extend his rule to the fourth decade when he swears in later in May.

"I thank you for participating in the elections; the presidential and parliamentary elections which were peaceful on polling day. We told you that nobody would disturb the elections. They may have the intention but we have the capacity to defend this country and you saw what happened; we were able to defend the country," said Mr Museveni who has been in power since 1986.

During campaigns, at least 54 people were killed November 2020 after protests broke out following the arrest of Mr Museveni's biggest challenger Robert Kyagulanyi who had been accused of flouting Covid-19 standard operating procedures.

The musician turned politician this week filed a petition at the Supreme Court in Kampala challenging Mr Museveni's victory on grounds that the elections were rigged in favour of the veteran leader with the help of security operatives and election officials.

However, Mr Museveni told Ugandans to now focus on productivity to redeem themselves from poverty instead of wasting time "electioneering and quarrelling.

"So please be confident the elections are now finished. Start working and don't waste time with endless electioneering and quarrelling. Go for production to get rid of poverty. I will be giving a detailed plan of what we intend to do," the president said in a televised address about school reopening for more 1,687,032 learners following several months of closure due to coronavirus-induced lockdown which last year left about 15 million learners sent home.

In the address, Mr Museveni who was flanked by the First Lady who also doubles as the Education minister, Janet Museveni and Health minister Dr Jane Ruth Aceng, among other government officials, said semi candidate classes (Senior five, three and primary six) would resume school on March 1, this year.

"After many months of closure and after careful analysis of the Covid-19 situation, we have now decided to open for the semi candidate classes on March 1, 2021. These are Primary six, Senior three, and Senior five," he said and added that he could not risk opening all classes because it could escalate the spread of the virus which has so far infected 39, 685 Ugandans and left 327 dead- as of February 3 Ministry of Health update.

According to the president, out of the 1.3 million learners in candidate classes (Senior six, Senior four and Primary seven ) who reported to school three months ago, 257 have been infected with the virus. However, none of the learners has died.

"That was a success as a result of a calculated risk," Mr Museveni said.