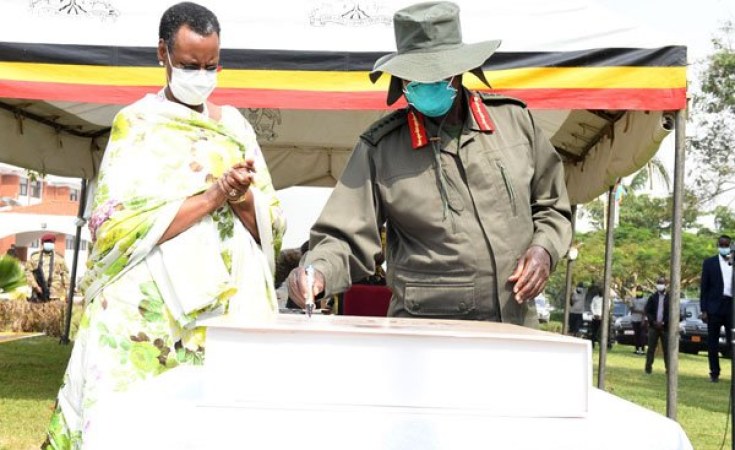 As any watcher of Uganda's election fixing mechanisms would have observed, a ruler who uses President Museveni's methods of managing a presidential election has all the room he needs to be declared the 'winner'. However, the problem is that after his 'victory', he has to govern. He has to manage the country.

Good or bad, old habits die hard, and President Museveni's habits are no exception. So soon after the general election, one of the habits that have plagued his rule and brought his very integrity into serious question appears to have already reared its head. It is the habit of giving out money on dubious grounds. Call it unprincipled generosity.

Perhaps because Ugandans broadly and greatly loved the President after his 1981-86 Bush War exploits, he got so used to this affection that being admired and being loved became part of his self-consciousness. You could read it in his body language; in gestures like his limbs freely spreading out, or in the pauses in his speeches, and how thoroughly he enjoyed any applause.

The President now seems to find it hard to accept or even recognise his existence when that love is in short supply. His former feel-good radiance is now all too often replaced by impatience, irritation and explosions of anger.

The attempts to buy back that affection with cash handouts only bring in a harvest of hypocrites, mercenaries and thieves, who in turn attract more public outrage.

The President makes a mistake. Ultimately, no ruler can turn a whole country into a politico-red-light State. As Libya's Gaddafi was rudely awoken, a pack of freebies may only win you false support. Moreover, freebies generally cannot be sustained. A ruler cannot make taxes, debts, oil, or gold mines work like trees that grow free money.

Ugandans have slowly started reflecting on these things. That is why the President's reported habit of carrying around envelopes and sacks of money and dishing out cash on dubious grounds is generally ridiculed.

The tiny number of beneficiaries flies with the happiness of lottery winners, but the vast majority left out know that their wins will probably never come.

If the beneficiaries were always the seriously disadvantaged, the public would probably criticise the arbitrariness of the method but 'understand'. However, the biggest beneficiaries are usually NRM politicians the President himself has spoilt with earlier cash handouts; or counter-productive propagandists and other opportunists who deliberately or unknowingly actually damage Museveni's image even further.

Poised to maintain this pattern of abuse of public funds, more than 200 NRM ministers and MPs who lost in the January 14 parliamentary elections have made veiled demands, and they recently got their future 'secured' with a promise by the President that they would be given financial support (of course from taxpayers' cash) if they started a Sacco.

Excuse me; a Sacco of parliamentary rejects, or another conduit for siphoning taxpayers' money to benefit a bunch of shameless parasites?

We have been here before. The NRM election rejects of 2016 made similar demands. Many were variously rewarded for failure.

If grown-up people (including the Vice President) who have been in government and in Parliament for years cannot stand on their own, and do not have the resourcefulness to fashion their lives outside Parliament, but must dance attendance on the President until he instructs them that they should learn to do some useful work, even if downgraded to a Sacco, then these honourable men and women are straw creatures who should never again be anywhere near power.

Previous Story
Amin, Museveni and Having to Choose Between Pharaoh and the Red Sea
Next Story
Government War on Donor Dollars

Amin, Museveni and Having to Choose Between Pharaoh and the Red Sea