Africa: Why the African Union's Decision On a Top Post Is Being Seen As a Litmus Test 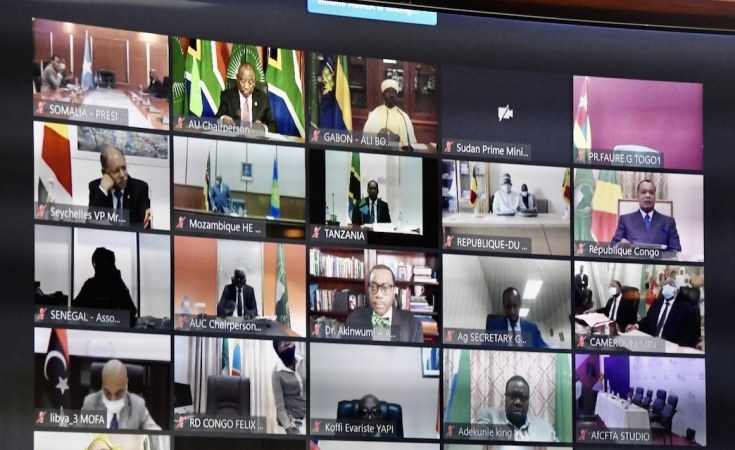 The 34th summit of the African Union (AU) which is currently underway has a particularly significant job to do: it will be electing six commissioners to the AU's secretariat, which is a vital cog in the organisation. The AU Commission works with various organs of the union to promote and advance its objectives. It reports to the executive council, which develops policy and oversees implementation of the decisions of the Assembly of Heads of State and Government.

The election of the six commissioners will signal two things about the union. The first is how serious the AU is about putting in place a strong team to drive institutional reforms. The second is how strong its commitment is to implementing gender parity.

As part of the appointment process the AU will also be deciding on the chair and deputy chair positions. Since the incumbent chair, H.E. Moussa Faki Mahamat is the only candidate for the position, attention is on who becomes the deputy. It's an important role - effectively the commission's chief operating officer.

The appointment is also piquing interest because of the commitment by African leaders to push for gender equality and parity. Parity was achieved in the current commission, although men occupy the two top positions. Five out of the eight nominees to the position in this round are women.

The deputy chair is responsible for the implementation and management of reform at the organisation. This is a massive and ongoing project. The current AU's reform journey began in July 2016 when the assembly appointed Rwandan president Paul Kagame to do a study on its institutional reform. The assessment by the panel led by Kagame was unequivicol; the union was not fit for purpose.

A number of reforms were approved and significant progress has been made in implementing these, in particular administrative reforms. But there is still a significant amount of work to be done to overcome the dysfunctionalities identified in the Kagame-led review.

The incoming deputy chairperson must have extensive knowledge and experience in organisational management, financial administration and a demonstrable understanding of the need for gender equality.

The person must have extensive knowledge and understanding of multilateral organisations, including the AU. The ideal official must also have a vast network both continentally and internationally that can be drawn on for consensus building and influence, especially in furtherance of the reform agenda.

The report also pointed to inadequate supervision and coordination as well as weak staff recruitment and performance management systems. Considerable progress has been made in fixing these, but gaps remain.

The quest for financial autonomy in managing the union's affairs has gained traction on the continent. The AU has made significant strides on this front, minimising its overdependence on external partners.

But to sustain the gains, the commission must have strategies for effective engagement with member states, encouraging them to pay their AU membership fees on time. Most of the progress on financial autonomy has been on generating its own resources for the AU's operational management. The financing of peace operations remains unresolved. The main stumbling block here is agreement between the AU and the United Nations.

To resolve this impasse, the deputy chairperson must have a deep understanding and knowledge of the United Nations' financial and budgeting systems. A deputy chairperson with the requisite networks and a good understanding of the UN system will be critical to ensuring that Africa is allotted its due share of resources to maintain peace and security.

Finally, as the chief operating officer, the deputy chairperson will have to work very closely with member states and the commission staff. The person must therefore be perceived by member states, the international community and staff of the AU Commission to be a person of integrity and credibility.

Given all of these challenges facing the AU and the need to make demonstrable progress towards its Agenda 2063 goals, African leaders must vote for the most competent and credible candidates while sticking to gender equality and parity.