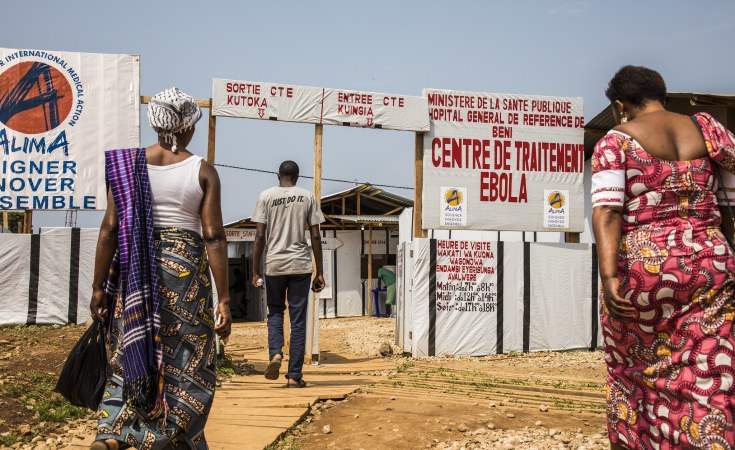 The World Health Organization said that researchers were examining samples from the patient for potential links to the previous outbreak. WHO has traced at least 70 contacts to the new case.

The Democratic Republic of Congo (DRC) on Sunday announced a death in a new Ebola virus case, the health ministry said, three months after ending the previous outbreak.

"We have another episode of the Ebola virus" in the eastern city Butembo of North Kivu province, Health Minister Eteni Longondo said, according to AFP news agency.

The World Health Ogranization (WHO) said on Twitter that its response team has identified at least 70 contacts to the case.

The woman, whose husband had contracted the virus previously, was found with Ebola symptoms on February 1 and died two days later.

The health ministry said that a sample of the woman's blood tested positive for Ebola after her death.

Researchers are examining samples from the case to determine if it is linked to the last Ebola outbreak in Congo, WHO said.

In November, the DRC announced containing its 11th outbreak, that killed 55 out of 130 cases over about six months, in the northwestern province of Equateur.

Congo had just announced containing its most lethal outbreak that began in 2018 in the eastern part of the country, about 1,200 kilometers (745 miles) away from Equateur, when a resurgence was recorded in 2020.

The African country has experienced 11 outbreaks since the virus was first discovered near the Ebola River in 1976, more than double any other country.

The country's equatorial forests have a receptive environment for the highly contagious virus, which spreads through contact with body fluids, causing severe vomiting and diarrhea.

The new case also threatens Congo's efforts in fighting the coronavirus pandemic, which has already infected over 23,000 people and killed at least 600.

Congo is set to roll out its vaccination campaign against COVID-19 before the summer.

Ebola Resurfaces in the Eastern Democratic Republic of Congo