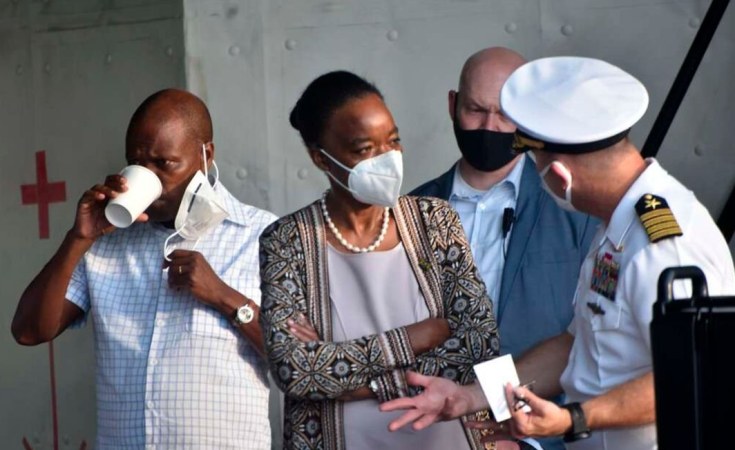 The US government has deployed the first naval ship to Eastern Africa in over a decade to boost maritime security and allow freedom of navigation in the region.

The Expeditionary Sea Base USS Hershel "Woody" Williams (ESB 4) arrived at the Port of Mombasa for a visit on Monday evening as part of its 2021 African coast deployment.

"Our visit to Mombasa confirms our resolve and commitment to the preservation of security and stability in Kenya and Africa. Kenya is a close US strategic partner in Africa," said Captain Michael Concannon, the commanding officer.

The port visit will see Kenyan officials and military leaders engage on how best to improve security in the East and the Horn of Africa.

"The visit is a mark of the deep, enduring relationship between the United States and Kenya. We are grateful for our close military co-operation," Eric Kneedler, the chargé d'affaires ad interim at the US Embassy in Nairobi, said in a statement.

The deployment is a demonstration of US commitment to African countries through interoperability training and boosting maritime security.

The ship supports security co-operation missions and operations in and around the African continent.

Homeported in Souda Bay, Greece, the vessel conducts missions by the US Africa Command (Africom) in the Mediterranean and the waters around East, South, and West Africa, which include the southern Mediterranean.

Its rotational crew swap allows unlimited operations in the Africa area of responsibility.

US Sixth Fleet, headquartered in Naples, Italy, conducts the full spectrum of joint and naval operations, often in concert with allied and inter-agency partners, in order to advance US national interests and security and stability in Europe and Africa.

Previous Story
U.S. Naval Ship to Boost Safety in the Region
Next Story
Countries Have Yet to Tap Region's Full Maritime Potential

U.S. Naval Ship to Boost Safety in the Region

Countries Have Yet to Tap Region's Full Maritime Potential 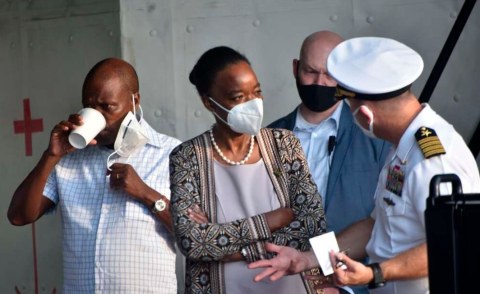 East African Extremist Groups Exploit Gaps in Maritime Security
Tagged:
Copyright © 2021 The Nation. All rights reserved. Distributed by AllAfrica Global Media (allAfrica.com). To contact the copyright holder directly for corrections — or for permission to republish or make other authorized use of this material, click here.