Africa: Sicily Allows 422 Migrants, Some With Covid-19, to Disembark From Ocean Viking 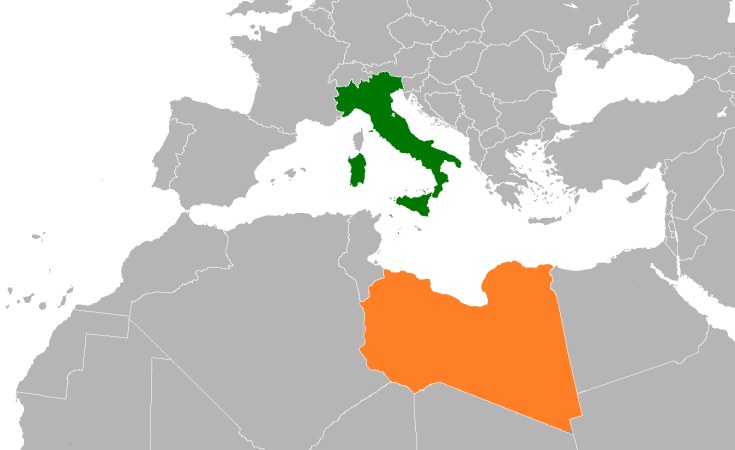 151 cp/Wikimedia Commons
A map showing the location of Libya (orange) and Italy and the islands of Sicily and Sardinia (green).
Radio France Internationale
By Sabina Castelfranco

The Ocean Viking rescue ship with its cargo of 422 migrants has docked in the Sicilian port of Augusta as health checks are being carried out. Eight of the migrants on board have tested positive to Covid-19 and will be the last to disembark after having been placed in isolation to avoid the spread of the disease on board.

The rescued migrants include some 140 minors and a few pregnant women. They all took to the sea from the Libyan coastline on inflatable boats with hopes of crossing the central Mediterranean in search for a better life. Many had reached Libya from other African states, including Ivory Coast, Mali and Sudan.

Starting 4 February, the Ocean Viking carried out four separate rescue missions from overcrowded rubber dinghies in the Mediterranean in the space of 48 hours.

Of the 424 people rescued, a pregnant woman and her partner were airlifted to Malta on Saturday. The others waited to learn where they would be taken to disembark.

Good news:422 #migrants saved at sea by the #OceanViking will be allowed to land in Sicily. Among them children, potential victims of trafficking & other vulnerable people needing proper assistance. Sadly,many of those sent back to Libya in these days are facing arbitrary detention https://t.co/uXv1ZB3dRU - Flavio Di Giacomo (@fladig) February 8, 2021

Medical staff were the first to board the ship to test all those on board for Covid-19 as a first step of the disembarkation process. Pregnant women and minors were expected to be the first to be allowed off the ship. The crew of were also undergoing a mandatory 14-day quarantine.

The Ocean Viking resumed its rescue operations in the Mediterranean last month after a six-month halt caused by an administrative seizure by the Italian authorities.

SOS Mediterranée and other NGOs have long called on European states to introduce an effective coordination for rescue operations.

Italy has borne the brunt of the thousands of arrivals of desperate people from Libya. The country is currently in political turmoil as the government of Prime Minister Giuseppe Conte resigned and former governor of the European Central Bank Mario Draghi was asked to form a new government.

The immigration policy of the new government, which is expected to receive support from a wide political spectrum, remains unclear.