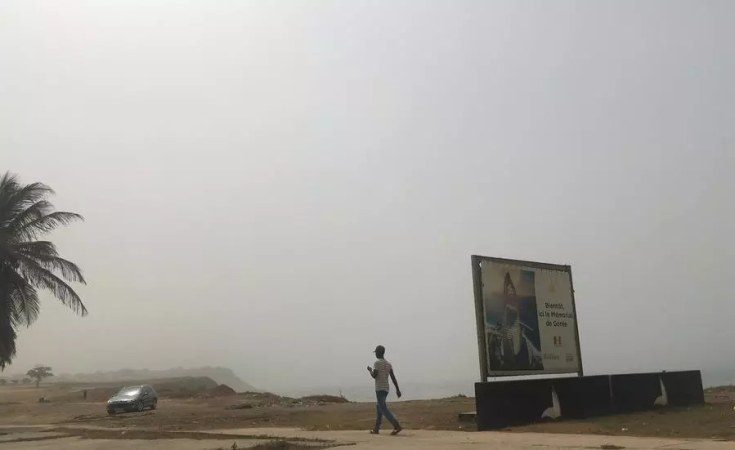 Air quality in Africa's fast-growing Sub-Saharan region has been improving over the past fifteen years, reversing the typical trend of soaring pollution that accompanies rapid development, according to a study carried out by scientists at Cardiff University in the UK.

Purposely-set bush fires in the northern Sub-Saharan African region, a major cause of air pollution, have declined by nearly five percent, according to the study.

Scientists tracked nitrogen dioxide (NO2) pollution in between 2005 and 2017, and estimated that fewer vegetation fires are due to socio-economic development.

"Higher levels of economic productivity are associated with lower NO2 concentrations, suggesting that socioeconomic development in this region is resulting in net improvements to air quality," according to the study, which looked at satellite data.

Normally when economies grow, air pollution rises. But this study shows the opposite.

Fossil fuel combustion has nearly doubled on the African continent since 2000, according to the study, but bush burning, or biomass burning, has lowered, making a major difference to air quality.

"Our results suggest that countries in Africa's northern biomass-burning region are following a different pathway during the fire season, resulting in potential air quality benefits," according to the study.

"However, these benefits may be lost with increasing fossil fuel use and are absent during the rainy season," it added.

Another study released last year shows that 236,000 infants died from air pollution in their first month of life throughout the Sub-Saharan African region in 2019.

Nearly two-thirds of these deaths were due to babies inhaling noxious fumes from cooking, according to the State of Global Air 2020.

Exposure to harmful air pollution such as open fires or simple stoves fueled by kerosene, biomass or coal for cooking is a major health hazard affecting mostly women and girls as they do the bulk of unpaid care and domestic work. 🔗 https://t.co/C6Jl9ZZrm8 pic.twitter.com/dIOorbN1md - UN Women (@UN_Women) February 3, 2021

Fine particle outdoor air pollution actually decreased in Ethiopia, Democratic Republic of Congo, and Egypt, while it increased by 12 percent in Nigeria.

The World Health Organization says if air pollution is decreased, "countries can reduce the burden of disease from stroke, heart disease, lung cancer, and both chronic and acute respiratory diseases, including asthma".

Air pollution in South Africa dropped to almost by half across the country during the country's six-week lockdown at the end of March last year, according to South African and British scientists at the Council for Scientific and Industrial Research (CSIR).

The team, led by Rebecca Garland, said that the better air quality was due to lack of traffic jams, the shutdown of heavy industry, and lower emissions from coal-fired power stations.