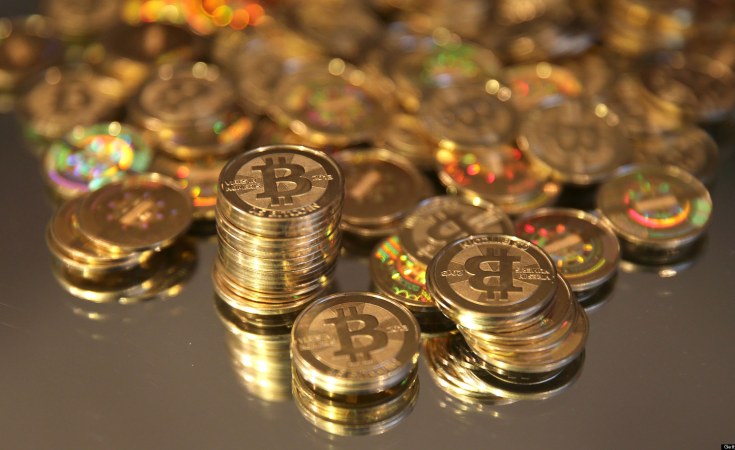 The Central Bank of Nigeria (CBN) has ignored the uproar over a crackdown on cryptocurrencies, giving several reasons for the move, ordering investigations and blocking all the accounts of companies trading in them.

The apex bank on February 5 joined countries that have outlawed cryptocurrencies, asking banks and financial institutions to close accounts.

Two days later, it opened investigations into the bank accounts and blocked those suspected to be used for fraud.

The bank on Sunday explained that many other countries, investors and economists have warned against cryptocurrencies because of the "significant risks" in transactions.

Defining cryptocurrencies as digital or virtual currencies issued by largely anonymous entities and secured by cryptography, the bank said cryptography is a method of encrypting and hiding codes that prevent oversight, accountability and regulation.

Cryptocurrencies, it said, are issued by unregulated and unlicensed entities and are therefore against CBN Act (2007).

"In effect, the use of cryptocurrencies in Nigeria is a direct contravention of existing laws. It is also important to highlight that there is a critical difference between a Central Bank-issued digital currency and cryptocurrencies," it said, noting it is the issuer of legal tender in Nigeria.

"As the names imply, while Central Banks can issue digital currencies, cryptocurrencies are issued by unknown and unregulated entities.

"Secondly, the very name and nature of cryptocurrencies suggests that its patrons and users value anonymity, obscurity, and concealment. The question that one may need to ask, therefore, is why any entity would disguise its transactions if they are legal."

The CBN said it is on the basis of this opacity that cryptocurrencies have become well-suited for conducting many illegal activities including money laundering, terrorism financing, purchase of small arms and light weapons, and tax evasion.

"Indeed, many banks and investors who place a high value on reputation have been turned away from cryptocurrencies because of the damaging effects of the widespread use of cryptocurrencies for illegal activities."

Boosting its argument, the CBN also cited investor Warren Buffett, who has called cryptocurrency "rat poison squared" a "mirage," and a "gambling device".

"Mr Buffett believes it is a gambling device given it is mostly valuable because the person buying it does so, not as a means of payment; but in the hope they can sell it for even more than what they paid at some point," the Central Bank argued.

During an online forum hosted by the Davos-based World Economic Forum a few weeks ago, Andrew Bailey, the Governor of the Bank of England, highlighted the extreme price volatility of cryptocurrencies as one of the biggest flaws.

Reports from the CBN on February 7 reveal that the Federal Bureau of Investigation (FBI) listed Nigeria as one of the countries where fraudsters using cryptocurrencies take hundreds of millions of dollars illegally obtained from the US and other western economies.

The agency discovered that fraudulent Nigerians, popularly known as yahoo boys, took control of large chunks of money released as stimulus in the wake of the devastating effects of the Covid-19 pandemic, which has put many Americans out of jobs.

These fraudsters remitted between $200 and $300 million to Nigeria every week, using cryptocurrencies.

Investigations by the FBI also showed Nigeria did not have the underlying economic base to justify the massive flow of funds on a weekly basis.

However, Nigeria's former Vice President, Mr Atiku Abubakar, has joined some youths in advising the apex bank to reverse the decision, arguing that the country couldn't shut down its economy amid the pandemic.

In a statement on February 7, Mr Atiku said the number one challenge in Nigeria is unemployment among the youth, which he also termed an "emergency", because it affects the economy and exacerbates insecurity in the nation.

"What Nigeria needs now, perhaps more than ever, are jobs and an opening up of our economy, especially after today's report by the National Bureau of Statistics indicated that the foreign capital inflow into Nigeria is at a four-year low, having plummeted from $23.9 billion in 2019 to just $9.68 billion in 2020," he said.

"So, the question central bankers have been asking themselves is 'what is wrong with what is called money, the legal tender of any country, today'? Has anybody come up with a criticism of the use of money, whether it is naira, dollars or the sterling pound?

"Central bankers all over the world believe the reason people are adopting the use of cryptocurrency is because there are certain financial transactions that the current money arrangement, called currency or legal tender, cannot allow. We must understand that digital money is not the same as cryptocurrency."

What's the Big Deal About Cryptocurrency?