Johannesburg — DELAYING the local coronavirus (COVID19) vaccination programme is a dampener to the pomp and fanfare that greeted the arrival of the first batch of vaccines in South Africa.

The government has halted the rollout after confirmation the Oxford-AstraZeneca vaccine, produced by the Serum Institute of India, was ineffective for mild or moderate illness caused by the variant widespread locally.

The doses were for the inoculation of more than 34 000 frontline workers.

"It was merely a week ago that SA's first doses of a COVID-19 vaccine made landfall, to great fanfare," said Siobhan Redford, the Rand Merchant Bank economist, said.

"Sadly, news emerged over the weekend that the AstraZeneca vaccination does not provide statistically significant protection against the 501Y.V2 variant, the strain that is dominant in SA."

The economist said a further concern was that the doses received last week expire in April.

This is about two months earlier than had been expected.

Redford noted nonetheless the rollout of other vaccines, such as the Johnson & Johnson one, would be accelerated "to fill the hole as soon as possible."

The Johnson & Johnson vaccine, as has the Novavax, has been shown to be effective against severe COVID-19 cases stemming from the newer strain, vaccine.

AstraZeneca, among other pharmaceutical companies, is however working on updating its vaccine to be more effective against newer strains of the virus.

The opposition Democratic Alliance (DA) also expressed mixed feelings after Health Minister, Dr Zweli Mkhize, announced that the efficacy of the AstraZeneca vaccine had dropped to 22 percent against the 501.V2 variant.

The opposition member warned South Africa could find itself in the throes of a third wave of the pandemic.

"It is inexcusable that we negotiated- at a higher price- the procurement of the vaccine without due diligence and factoring in the expiry date of the vaccines," Gwarube said.

Gwarube assured though that her party stood ready to support the government of Cyril Ramaphosa with "concrete, credible and implementable recommendations" during this crisis.

"This is because an effective vaccine is the only way that we can regain some kind of normality in South Africa and save lives and livelihood," she concluded. 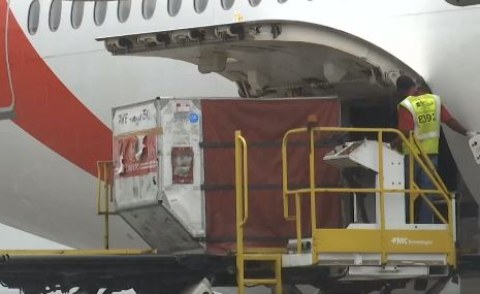 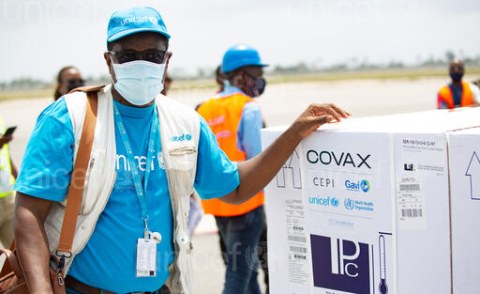 Rollout of First Covid-19 Vaccine Doses Under Way Across Africa
Tagged:
Copyright © 2021 CAJ News Agency. All rights reserved. Distributed by AllAfrica Global Media (allAfrica.com). To contact the copyright holder directly for corrections — or for permission to republish or make other authorized use of this material, click here.