Congo-Kinshasa: Stabilising the Democratic Republic of Congo After an Apex Power Struggle 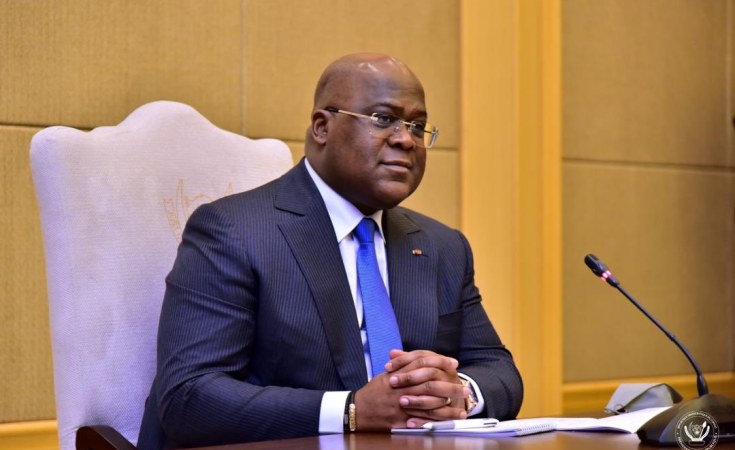 As power shifts into the hands of DR Congo's President Tshisekedi, the risk of conflict with Kabila supporters still looms. In this excerpt from our Watch List 2021 for European policymakers, Crisis Group urges the EU and its member states to assist the government in fighting corruption and help keep the two camps on speaking terms.

In the Democratic Republic of Congo (DRC), power is finally shifting into the hands of President Félix Tshisekedi, but it is unclear if stability will follow. Two years into his term of office, Tshisekedi is taking bold steps to consolidate his authority and diminish the influence of his predecessor Joseph Kabila, who has continued to control institutions and revenue streams since stepping down after elections in 2018. Tshisekedi capped recent moves to strengthen his own position, including installing three allies as Constitutional Court judges, by exiting a coalition with Kabila. The way is now open for him to form a new parliamentary majority, which in turn will allow him to make ministerial and military appointments more freely and ideally pursue the reform the country desperately needs. But the risk of conflict with Kabila's camp still looms. Moreover, even as Tshisekedi promises change, some allies or potential allies appear set on feeding off state funds and expropriating property, thus deepening the kleptocracy that has ruined the country and invited past rebellions. Armed groups continue to plague the country's east, the crucible of prior wars. The struggle between the president and his predecessor may exacerbate this problem as the two camps could enlist rebels to stoke trouble or intimidate opponents.

To push President Tshisekedi and his government toward reform, while avoiding a return to conflict, the EU and its member states should:

After two years of sparring with Kabila, President Tshisekedi has gained the upper hand. The two leaders reportedly cut a backroom deal after the 2018 elections to share power in a coalition government, but continuous tensions marked their alliance. Kabila's bloc had an overwhelming majority in both houses of parliament, and also controlled many key cabinet positions, including the prime minister's office. The former president, now a senator for life, also retained the loyalties of numerous army officers and employees of state-owned companies, giving him uninterrupted access to the country's wealth. But in mid-2020 dynamics started to shift. Pressured by his own party, which wants to show progress ahead of 2023 elections, and encouraged by the U.S., Tshisekedi started to clip his predecessor's wings. In July, he blocked a Kabila ally's appointment as electoral commission head; three months later, he pushed through three constitutional court judges against the former president's wishes. Finally, in December, Tshisekedi ended his coalition with Kabila, having pulled many of the latter's parliamentary supporters into his own camp. In a clear sign that power is shifting in Tshisekedi's favour, deputies then voted to remove Jeannine Mabunda, another Kabila backer, as the National Assembly speaker and, on 27 January 2021, passed a vote of no confidence in Prime Minister Sylvestre Ilunga, a Kabila ally. Tshisekedi now seeks a new parliamentary majority.

In consolidating power, however, Tshisekedi risks repeating his predecessor's errors, if his entrenchment in power becomes a means for his allies to indulge in their own corruption and abuse. Diplomats and other sources tell Crisis Group that members of Tshisekedi's entourage are allegedly squandering state funds and enriching themselves ever more rapidly. Now that he is relying on former Kabila supporters in addition to his own original backers, Tshisekedi will likely also need to extend the former president's ex-affiliates some form of patronage to keep them loyal, potentially using state resources to secure their continued support. Meanwhile, there are signs that he may be taking a more repressive turn, clamping down on dissent. In the past year, the authorities cracked down on opposition members and critics. Security forces used tear gas to disperse crowds during two demonstrations organised by opposition leader Martin Fayulu. In May, they arrested a leader of Kabila's youth league who stated that Tshisekedi had not won the elections and in July, youth members of Tshisekedi's party beat demonstrators who were asking the governor of Kasai province, a Tshisekedi ally, to resign. In November, authorities arrested a famous singer who had released a song that could be interpreted as criticising Tshisekedi for turning against Kabila.

While Congolese and external actors are surprised by the speed with which Tshisekedi has been able to sideline Kabila, the former president is unlikely to go quietly. Kabila built a vast political, military and financial network during his eighteen years in power. He still commands loyalty throughout the security services. Diplomats and Congolese military sources fear that his camp could activate rebel networks in the east or in the mineral-rich provinces once known as Katanga. Tshisekedi, who knows that networks in the army have cooperated with rebels for years, has tried to bring the military under his control, replacing the Republican Guard's head, a Kabila loyalist, and removing his predecessor's confidantes from other influential posts. In December, commanders in the third operational zone covering the eastern provinces, long known as hardened Kabila backers, instead expressed their support for Tshisekedi. It is unclear, however, what the switch of allegiance will mean in practice.

Meanwhile, dozens of Congolese and foreign armed groups remain active in the country's troubled east. Of this plethora of groups, some have strong military capacities and political influence, derived from alliances with provincial and national politicians and businessmen, while others are militias without serious political goals, often active in remote areas. Some are embedded in society, while others are more predatory toward the local population. Lastly, some have connections in neighbouring Uganda, Rwanda and Burundi, meaning that the DRC remains vulnerable to proxy conflicts playing out in its territory. Tshisekedi stressed his determination to dismantle these groups when he assumed office. But, seemingly distracted by Kinshasa politics and hindered by the task's vastness and complexity, he has so far failed to deliver on this promise. The COVID-19 outbreak has stymied his attempts to reach out to and improve relations among leaders in neighbouring countries, which also could help calm tensions in the DRC's east, though he could give these efforts a boost when he assumes the chair of the African Union in February. On the other hand, there is a risk that Tshisekedi will decide to deploy former rebels, some of whom have returned to Kinshasa at his invitation, to fend off Kabila-backed opponents if he feels the need.

How the EU Can Help

Relations between the EU and the DRC cooled as the Kabila era drew to a close, but with Tshisekedi in power, Brussels has begun to re-engage. Its December 2019 Foreign Affairs Council conclusions proposed advancing political dialogue with the DRC and called for renewed efforts to promote respect for human rights, democratic principles, the rule of law and good governance. EU and member state officials have already held one formal dialogue with their Congolese government counterparts in October 2020, with a follow-up scheduled for June 2021.

In particular, Brussels should step up efforts to encourage Tshisekedi to continue rooting out corruption and prosecuting the major theft of public funds. The president himself has an interest in doing so: it would allow him to present the clean-up as an accomplishment going into elections in 2023. There are dangers to such reforms, however, notably that Congolese elites and people view them as partisan or a means of score settling. They could also stir up a violent reaction. At the same time, Tshisekedi may be tempted to allow his old and new allies to enrich themselves as he seeks to build a new coalition and free himself from his predecessor's influence. He should refrain from doing so. Allowing corruption to spread would seriously damage his chances of re-election in 2023.

The EU can contribute toward successful anti-graft efforts. It should do as much as it can to create space for the newly established anti-corruption agency to operate independently. Brussels should make support to the agency, created by presidential decree in March 2020 and funded by the presidency, conditional on clear benchmarks. Selection of the agency's staff should be transparent, and the agency should increase its financial independence, allowing it to also investigate the president's entourage if needed. The EU should push for all corruption investigations to proceed on the basis of evidence, not political expedience. Ideally - and assuming credible allegations or evidence exist - the commission should undertake investigations into individuals from different political factions. Kabila allies already claim that the Tshisekedi camp is threatening to sue them for corruption to force them to join the new majority. The Tshisekedi government will have to strike a fine balance, accompanying investigations with negotiations aimed at retaining a minimum of trust with its erstwhile coalition partners. Such talks could also explore how to rein in armed groups and advance DDR. The EU could encourage and support such talks.

Support by the EU and its member states for a community-based and coherent DDR process could assist Tshisekedi in his core pledge to dismantle armed groups. The government has put the launch of a nationally coordinated DDR plan, which merges existing programs, on hold, while Tshisekedi tries to identify a new parliamentary majority. The draft plan seems to have taken international concerns into account; it offers neither an amnesty for armed group members who committed grave human rights violations, nor automatic reintegration of former combatants in the army - both of which donors feared. Under Kabila, international partners were reluctant to contribute, because the government often misused the funds and did not deliver the desired results. With Tshisekedi in charge, they should give authorities another chance. Kinshasa will need outside financing and technical assistance to make DDR work. In case of support to the new DDR plan, coordination among the EU and its member states will be crucial.

How Colonial Legacy Forged a Nexus Between Ethnicity, Territory and Conflict