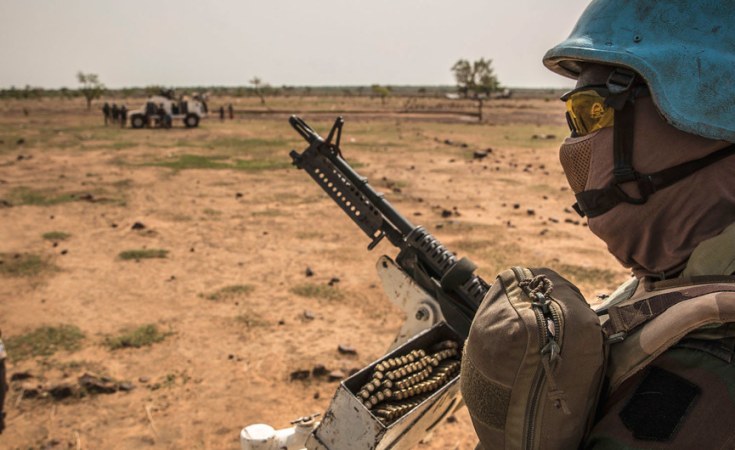 Some 20 UN peacekeepers serving with the UN Stabilization Mission in Mali, MINUSMA, were injured on Wednesday, after their temporary base came under attack in the restive central region of the country.

In a statement, MINUSMA said that the 'blue helmets' under fire were able to repel the attackers, who fled after delivering a "robust response". The base was located in Kéréna, in the vicinity of Douentza, where peacekeepers have been carrying out numerous security operations in recent months, according to head of the mission.

It has been a deadly year so far for those putting their lives on the line from the mission. Five peacekeepers died in one week during attacks in mid-January.

Special Representative and MINUSCA chief, Mahamat Saleh Annadif, "strongly condemns this cowardly attack against the peacekeepers", said the statement, adding that the main objective of the UN security operations has been "to help reduce violence against populations, restore calm in areas where community tensions are reported, and reduce the threat of improvised explosive devices".

The Malian Government has been seeking to restore stability and rebuild the volatile country's institutions following a series of setbacks since early 2012 that fractured the country, including a failed coup d'état, renewed fighting between Government forces and Tuareg rebels, and the short-lived seizure of its northern territory by radical extremists.

Last year military leaders staged a coup, and in September, agreed to establish a transitional Government for a period of 18 months, promising fresh elections and a return to civilian rule.

Mali for the Malians

The MINUSMA chief has ensured that "all measures" have been taken the ensure the injured blue helmets "receive prompt and appropriate treatment", according to the press release, and he wished all of those serving in what is the world's most dangerous peacekeeping operation, a speedy and full recovery.

Mr. Annadif said that operations by MINUSMA troops to secure areas from extremist and other armed groups, were succeeding against "the enemies of peace", and that the mission remained committed "alongside the Malians, for the Malians."