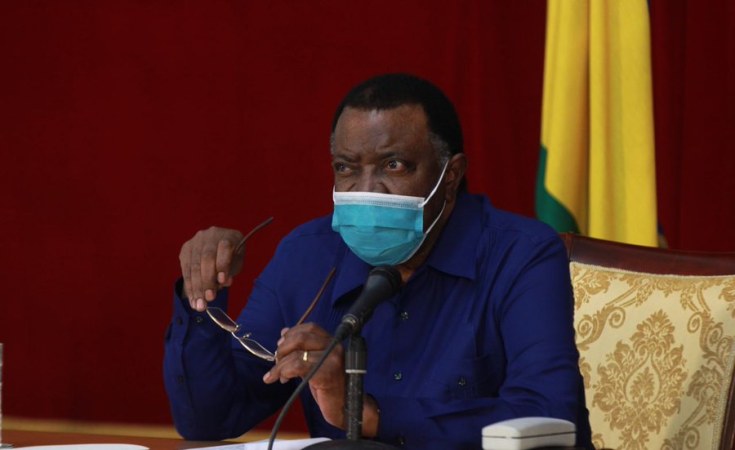 President Hage Geingob has called on private lawyers to do more pro bono work in an effort to improve the accessibility of law and justice to vulnerable sections of society.

Geingob made these remarks during the opening of the 2021 legal year, which was hosted virtually yesterday.

The head of state noted legal practitioners have an important role to play in the administration of justice.

However, there is growing discontent from the public in the manner justice is delivered, saying this requires introspection from all fronts.

"The lack of access to legal services and to the courts to a wide selection of our society should be an indictment on our collective conscience. I, therefore, take the opportunity to encourage our private legal practitioners to do more pro bono work through outreach programmes in remote areas where the need is the greatest," said Geingob.

The President also took note of delays in finalising the review of the Legal Practitioners Act, which is an important catalyst in introducing some aspects of the pro bono culture and redefining legal practice.

The finalisation of the review of the Legal Practitioners Act will provide the much-needed relief to poor communities, said Geingob.

"The provision of free legal advice has the ability to keep a family in its home and may help save a woman or a child from exploitation and abuse," he explained.

Currently, government offers legal assistance through the Directorate of Legal Aid, which he said is not enough.

"We must understand that in times of economic challenges, it is the most vulnerable members of our society who suffer. In this regard, our Judiciary must increasingly become an indispensable and integral role player in the fight against poverty, corruption and inequality," stated Geingob.

He further added the justice system should be inclusive by effectively deterring and punishing criminal activity without favour or prejudice and by providing outlets for the redress of grievances.

While acknowledging limited resources availed to the Judiciary and the impact it has on its mandate, Geingob said there should be increased efforts to speed up the finalisation of cases and that the overall management of the administration of justice will instil trust in the Namibian public.

According to Chief Justice Peter Shivute, the Judiciary is currently forecasting an overall budget shortfall of N$23.6 million.

Due to the insufficient budget allocation, the Judiciary is experiencing challenges in paying witness fees for the remainder of the financial year as the allocated funds for this expenditure have already been depleted in December 2020, Shivute explained.

"I accept that resources are limited, and more especially now in the midst of this pandemic and no doubt demands on national treasury will be increasing, but the situation is increasingly making it challenging for the Judiciary to deliver speedy justice to the public," noted Shivute.

For the 2019/2020 financial year, the judiciary was allocated just under N$400 million of which N$375.6 million was for all operational needs.

The amount was reduced in the mid-term budget review by almost N$5 million.

Shivute further explained 76% of the budget allocation went to personnel expenditure, leaving only N$89.4 million for the other needs of the Judiciary. As of 31 December 2020, the office has spent 75% of its allocated funds.